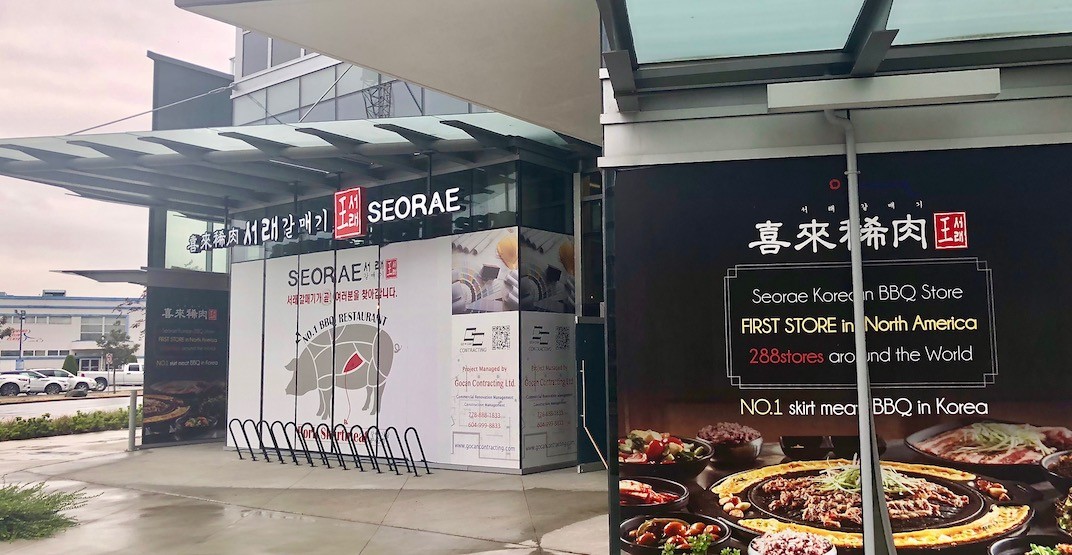 Richmond definitely isn’t in need of more amazing spots to eat, but it’s about to get another one.

This wildly popular chain is known for having the number one skirt meat BBQ in Korea, AKA ‘Galmaegisal’.

“A fully-grown pig or cow produces only 250 grams of such meat. It is so good and so rare, that this meat was reserved only for the palates of monarchs and royal families,” their site reads.

Seorae was founded in South Korea in 2007 and has since expanded to have 288 locations around the world.

This spot will have a variety of protein available for BBQ including pork, beef, and chicken, and it will several kinds of Korean stews too.

Other than the BBQ, patrons at this eatery can expect to devour dishes like corn-cheese dumplings, sweet fried chicken, kimchi pancakes, seafood and green onion pancakes, ddoekbokki with noodles, and a variety of bibimbop to name a few.

You can find this authentic Korean charcoal BBQ restaurant at 115-5668 Hollybridge Way, where it will be “grilling soon.” They are planning to open their doors at the end of June.