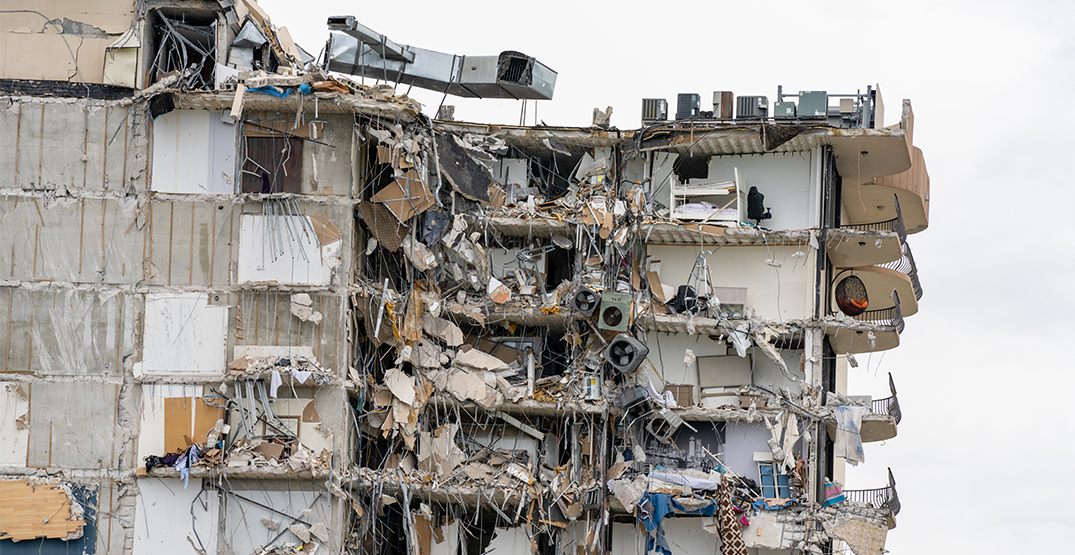 The remains of a second Canadian citizen have been found amongst the rubble of a collapsed Miami condo building.

Global Affairs Canada confirmed to Daily Hive on July 11 that the body of a Canadian had been recovered from the site of the Champlain Towers South.

At least two other Canadian citizens remain unaccounted for. The body of a Canadian was pulled from the collapsed building earlier this week.

“Canada sends its deepest condolences to the families and friends who lost a loved one in the building collapse in Surfside, Florida,” Global Affairs said.

Global Affairs said officials will be in contact with local authorities in case they can provide more information on the missing Canadians.

Officials have officially ended the search for survivors, The New York Times reports. Efforts have shifter from “search and rescue” to “search and recovery.”

Canadian citizens in Florida who require emergency consular assistance can contact the Consulate General of Canada in Miami at 1-844-880-6519 or [email protected].