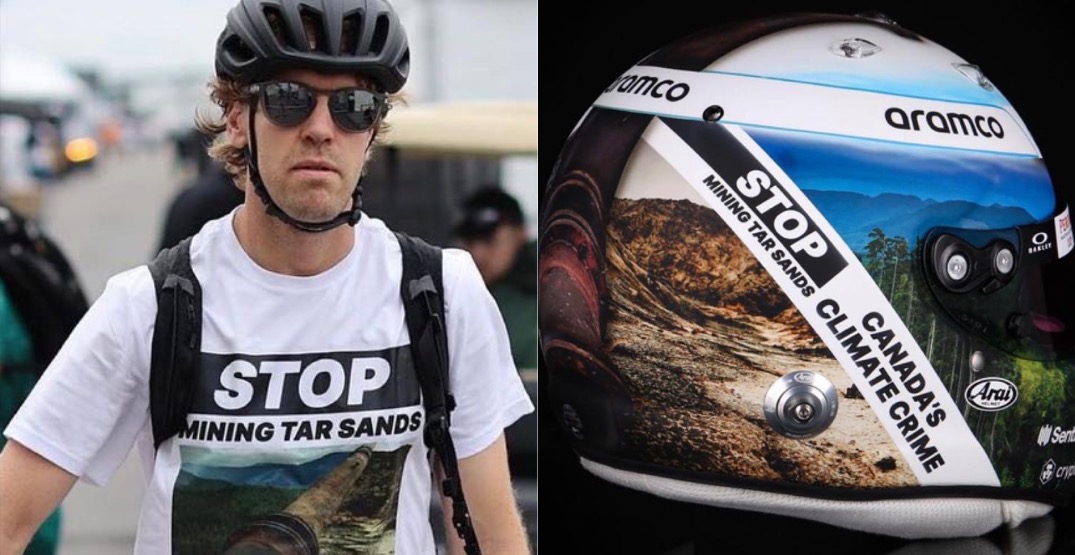 A Formula 1 driver from Germany has caused a stir online after showing up at the Canadian GP course on Friday wearing a T-shirt that said “Stop mining tar sands Canada’s climate crime.”

Sebastian Vettel also doubles down on the message and plans to wear a helmet when racing in Montreal with a similar message.

sebastian vettel is proof that being a good person makes you cool pic.twitter.com/HLSmXXcyQ8

Alberta Energy Minister Sonya Savage took to Twitter in response, calling out Vettel, saying “I have seen a lot of hypocrisy over the years, but this one takes the cake.”

Rather than demonizing the oilsands, which is on a path to net-zero, people could look to lowering their own personal carbon footprint. Perhaps a pedal-car for Formula 1? 👍👍🏎️ 3/3

“Rather than demonizing the oilsands, which is on a path to net-zero, people could look to lowering their own personal carbon footprint,” said Savage.

“A race car driver sponsored by Aston Martin, with financing from Saudi Aramco, complaining about the oilsands.”

The reaction on Twitter was swift, with some praising Vettel’s messaging while others were not fans at all.

Seb Vettel: Alberta oil sands are unethical and a crime

Hey when is Vettel going to run a helmet criticizing Germany for it’s “climate crime” of importing oil and natural gas from Russia? https://t.co/XHxNoO2xFD