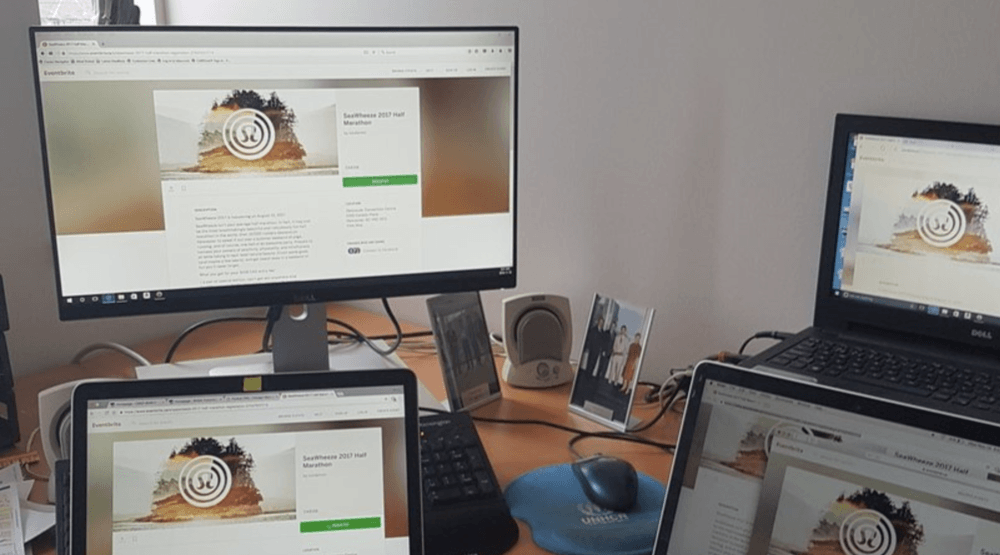 One Vancouverites' quest to register for SeaWheeze 2017 (megtylui/Twitter)

Vancouverites had a very “Vancouver” meltdown on Wednesday as they attempted to register for the 2017 lululemon SeaWheeze Half Marathon.

The popular event–often referred to as “the most fun half marathon in the world”–features a weekend of yoga and running and will take place on August 12, 2017.

SeaWheeze registration opened today, with many Vancouverites trying to signup online, but the site seemed to be glitching and payments were reportedly not processed.

This, of course, had desperate Vancouverites outraged – what are they to do without their annual yoga and running fix?

@SeaWheeze this was the most stressful thing that has happened. Lucked out and get to run the Seawheeze for the 3rd time pic.twitter.com/OMeeujhfqk

@SeaWheeze Lost my spot at the payments section for the second time, help! pic.twitter.com/FLF9B766dL

When you make it into the waiting room for @SeaWheeze, but it won’t take your credit card (any of them)… phone AND desktop. pic.twitter.com/5PkGpbXiH9

Registered in the @lululemon #seawheeze half marathon. This is the most #vancouver thing ever & the struggle will be real @AustinKretz pic.twitter.com/VAt0hP5cQ2

The event has officially sold out. So if you’re still trying to register, better luck next year, folks.

Whew, that was a workout. SeaWheeze 2017 is now sold out! #seawheeze pic.twitter.com/VMzALcm2Ko