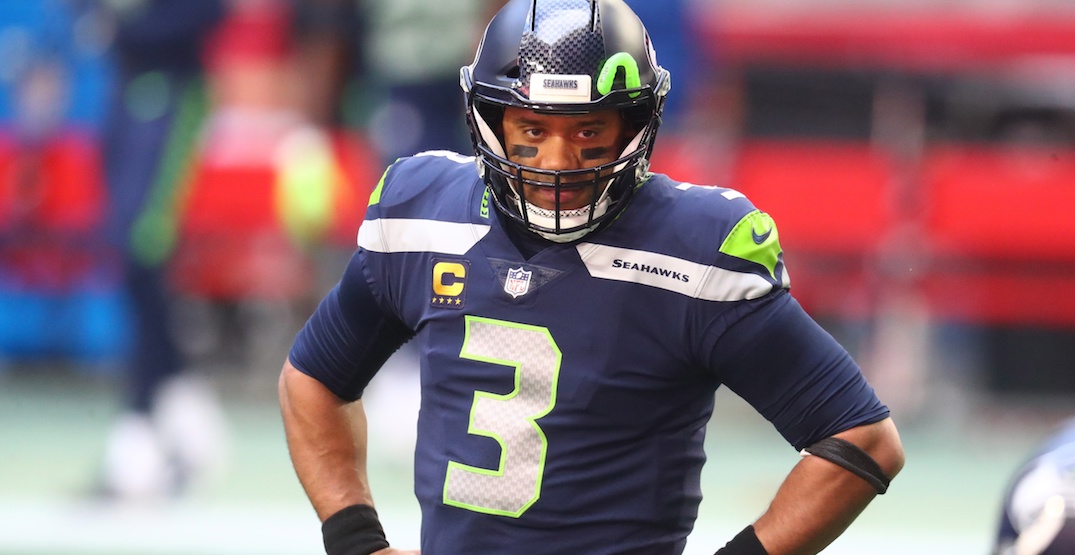 They couldn’t. They wouldn’t.

Once unthinkable not too long ago, trade speculation regarding Russell Wilson is beginning to pick up steam.

The Athletic reported last week that a rift had developed between the Seattle Seahawks and their star quarterback, citing “power and control” as factors.

Wilson’s agent has denied that the seven-time Pro Bowl QB has demanded a trade, and he does have a full no-trade clause in his contract, but reports have surfaced about which teams he’d be willing to go to. Some of the teams mentioned in reports include the Dallas Cowboys, New Orleans Saints, Las Vegas Raiders, Chicago Bears, Miami Dolphins, and New York Jets.

Teams are now calling the Seahawks about potentially trading for Wilson, and Seattle is listening, according to ESPN’s Dianna Russini.

“It’s a real thing where Russell Wilson is not happy there and his agent is going to deny that they are demanding a trade,” Russini said on the Pat McAfee Show today. “I know there’s been calls made on both sides. Going to Seattle and from Seattle to other teams.”

Clarification from @diannaESPN on players asking vs demanding a trade & how it's reported..

& a very interesting nugget on Russ Wilson & the #Seahawks

"I know there's been calls made on both sides. Going to Seattle & from Seattle to other teams" #PatMcAfeeShowLIVE pic.twitter.com/dAYT2ijcZt

Russini later clarified that the Seahawks aren’t “shopping” Wilson, but calls made from other teams have been answered.

Just how willing the Seahawks are to trading away their 32-year-old franchise quarterback remains to be seen, but the fact they’re even considering dealing him is notable.

Wilson has three years remaining on a four-year, $140 million contract signed in 2019.