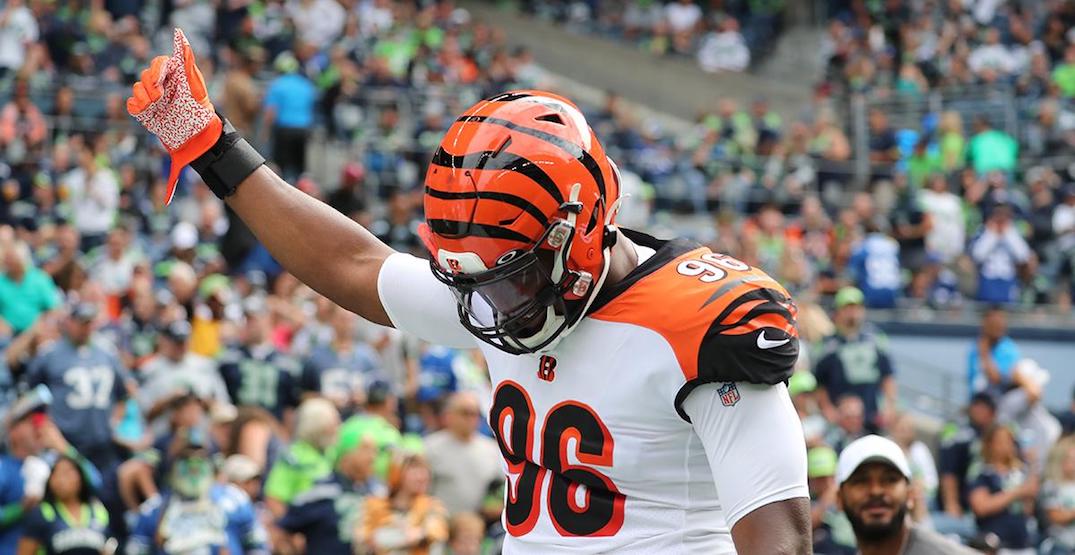 Fresh off their first loss of the season on Sunday, the Seattle Seahawks have added some much-needed help on the defensive side of the ball.

The Seahawks have traded offensive lineman B.J. Finney and a seventh-round pick to the Cincinnati Bengals for veteran defensive end Carlos Dunlap, according to a report from the NFL Network’s Ian Rapoport. Dunlap, 31, has been to two Pro Bowls and has played all of his 11 NFL seasons in Cincinnati.

So, the #Bengals deal Carlos Dunlap, who they barely used and wanted out, to the Seahawks, who sends Cincy center BJ Finney, who hadn’t played but is an area of need in CIN and a late pick. That feels fair all around.

But things soured between Dunlap and the Bengals this season, after the team recently posted their depth chart with him listed as a reserve. The 6-foot-6, 285-pound pass-rusher responded by tweeting that his house was for sale, apparently done with the Bengals and ready to leave Cincinnati for good.

Carlos Dunlap puts house up for sale after loss to Browns pic.twitter.com/26nbjsefYI

Dunlap got his wish, and the Seahawks are hoping he can help their defensive issues.

Despite a 5-1 record this season, the Seahawks have been dreadful defensively, giving up a league-high 479.2 total yards per game. Seattle has been especially terrible at defending the pass, where they’ve given up an NFL-worst 368.7 yards per game through the air.

Dunlap will earn $4.8 million for the remainder of this season and is due $11.25 million of non-guaranteed money in 2021.