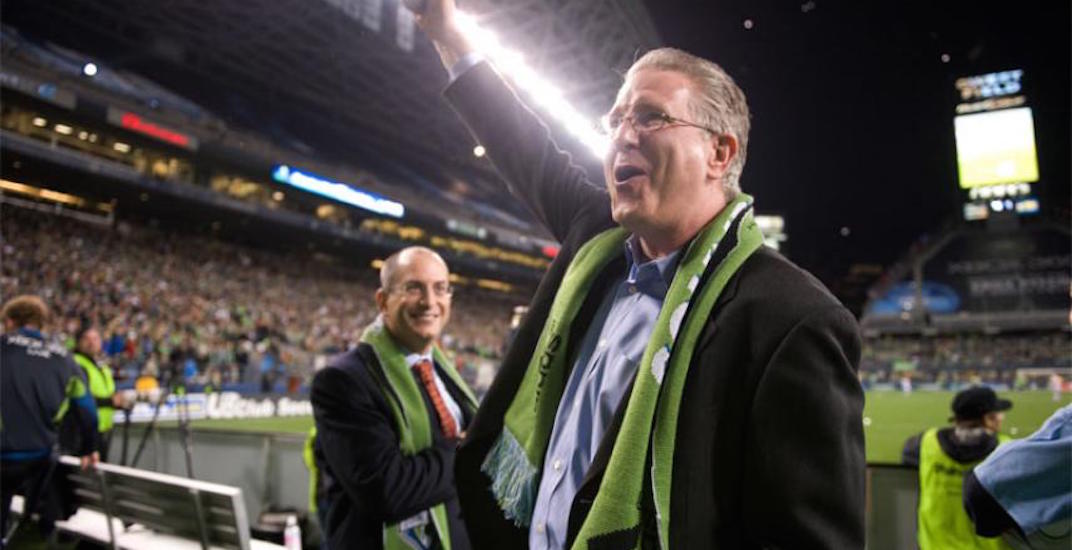 They don’t have a team yet, but the group trying to bring the NHL to Seattle already has a team president.

We are proud to announce Tod Leiweke as CEO and NHL Team President. #NHLSeattle pic.twitter.com/9uMYNhadUd

“It is an incredible thrill to come home,” said Tod, a former CEO with the Seattle Seahawks and Sounders, at his introductory press conference.

But while at this point Vancouver just seems excited about having a new team to play down the road (Seattle is expected to be officially granted a new NHL franchise in June, to begin play in 2020), representatives from the Emerald City are already talking tough.

"I'm throwing it down right now. We're going to bring it (the first night we play the @Canucks). The rivalry between these two great cities will be remarkable. I'm going to ask the coach, 'I know you're always going to go 100%, but that one night, can we go 101%?" – Tod Leiweke

“I can’t wait until we play the Canucks. I’m throwing it down right now, we are going to bring it that night.”

“I think Seattle’s connection to Vancouver could be quite a remarkable thing,” Leiweke continued. “I think it could open up a whole new gateway. Not just for fans, but for these two cities to find some commonality.

The new president’s comments pale in comparison to Seattle’s trash-talking mayor, who has been running her mouth since the Seattle Center Arena proposal was approved.

“The Canucks are excited to come here and get beat,” said mayor Jenny Durkan last December.

Our future "Rival in the North", the @Canucks coming in HOT in @SI_NHL's latest power rankings at 28th out of 31 teams. 😟

It's cool though. You guys have a couple more years until we head up there.https://t.co/xRhf9sB4La

These are just lighthearted jabs, of course, though they do seem a bit premature, as I’ll remind you: they don’t even have a team yet!

Gary Bettman indicates that the NHL’s 32nd team — Seattle — will get the same expansion draft rules as Vegas did.

But in light of the success of the expansion Vegas Golden Knights, I guess Seattle has reason to be confident. NHL commissioner Gary Bettman has said that the expansion rules, which allowed Vegas to win the Pacific Division in their first season, would be kept the same for Seattle.

Separated by just 230 kilometres, the rivalry between Vancouver and Seattle has been relatively muted when it comes to pro sports, save for the Whitecaps and Sounders since Vancouver joined MLS in 2011. An I-5 rivalry between a pair of NHL teams has the potential to take it to the next level.

I mean, how cool would this be: