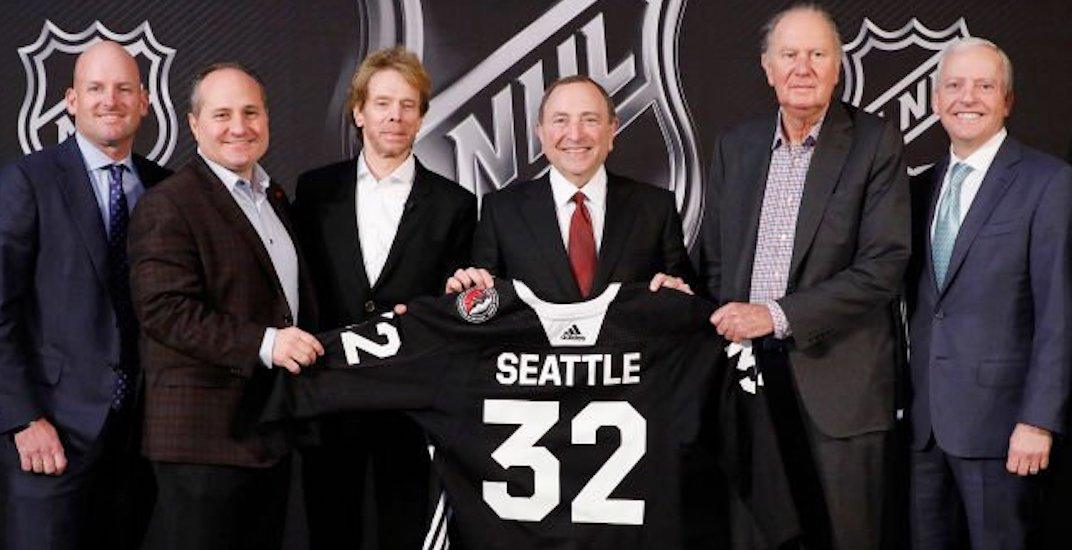 The NHL’s 32nd team is going to be called the Seattle Kraken.

“From everything that I’ve heard, it looks like Seattle Kraken is going to be the name,” Hoven said (transcribed by Donya Abramo of RMNB). “Which is quite surprising, actually. When I was given that information just a couple of days ago, I was a little bit in shock personally, just because we had been told several times previously that that was not the name that they were going for.”

A kraken, in case you’re wondering, is an “enormous mythical sea monster,” which should lend itself well for a fun logo and mascot.

“I do just want to say, in one of these situations like this, I’m always a little reluctant if there’s somebody trying to do the ultimate swerve and mis-leak information,” Hoven said. “I was told by a source that’s very connected to the situation that it is the Kraken. I believe that it’s the Kraken. But save your tweets if they end up doing a giant swerve on everybody and going with something completely different like the Totems, or the Seattle Swarm, or whatever one of the million other names are out there.”

NHL Seattle is having fun with the rumour, releasing this tweet this afternoon:

While we’re aware of some fishy rumors surrounding our team name, please rest assured we’re doing our due diligence by scouring the depths of the ocean, the tallest mountains, and the densest parts of the forest to find the right name for our great, green city.

Hoven added the team was leaning towards calling themselves the Seattle Sockeyes, but a romance novel book series by the same name may have deterred them.

“That just then creates one of those legal issues that the NHL tends to try to shy away from, trying to secure the rights and that sort of stuff,” he said.

Kraken and Sockeyes were two of 13 names on Seattle’s shortlist back in January 2018, along with Cougars, Eagles, Emeralds, Evergreens, Firebirds, Rainiers, Renegades, Sea Lions, Seals, Totems, and Whales.

As for the colours, it appears the new franchise will stick with its existing website branding, with a red, teal, and black combination.

“It looks like it’s a red, and there’s like a, what I call a teal-ish colour,” Hoven said. “It’s a lighter teal-ish colour, and black. Those seem to be the primary colours they’re going to be going with.”

Seattle was officially awarded an NHL franchise in December 2018, but they won’t begin play until the 2021-22 season. Their home arena — a renovated KeyArena at Seattle Center — is currently in the process of being rebuilt for a cost of $930 million. The new team will begin picking players in an expansion draft in June 2021.