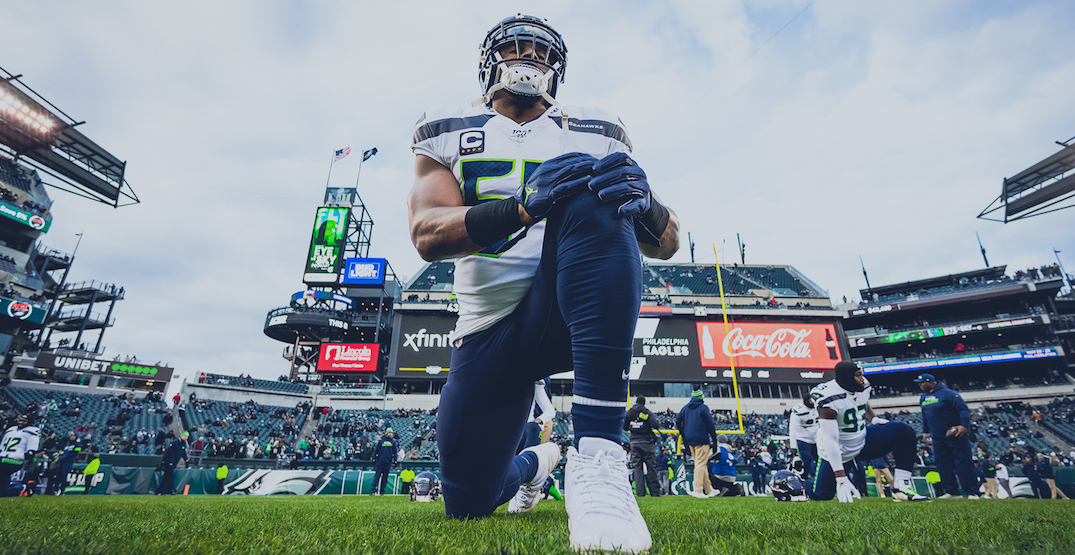 Prior to taking questions from reporters at Monday’s media conference call, Seattle Seahawks linebacker Bobby Wagner spoke passionately for seven straight minutes about issues that are more important than football.

“Like many in the community, the Black community, [I’m] hurt, sad, in pain, that we had to watch another video of a Black man being murdered,” he said.

“I support the protesters. I understand the message, I understand why, what’s going on, what’s happening,” said Wagner, who confirmed he was at the protest in downtown Seattle on Saturday, which began peaceful but ended in violence.

“Everything was peaceful until there was a white person that threw something at the cops and they started fighting. They started tear-gassing everybody. And then I watched a group of white individuals destroy a cop car and set it on fire. And I watched Black people try to stop them from doing that… I got to the point where I felt like it was unsafe for me to be there, so I left.”

Wagner pleaded with the media on the call to cover the issue fairly.

“You guys play a part in the narrative,” he said, acknowledging the rioting and looting that took place, “but we’re not talking enough about what started that.

The 29-year-old spoke calmly, but passionately, about the need for education and leadership.