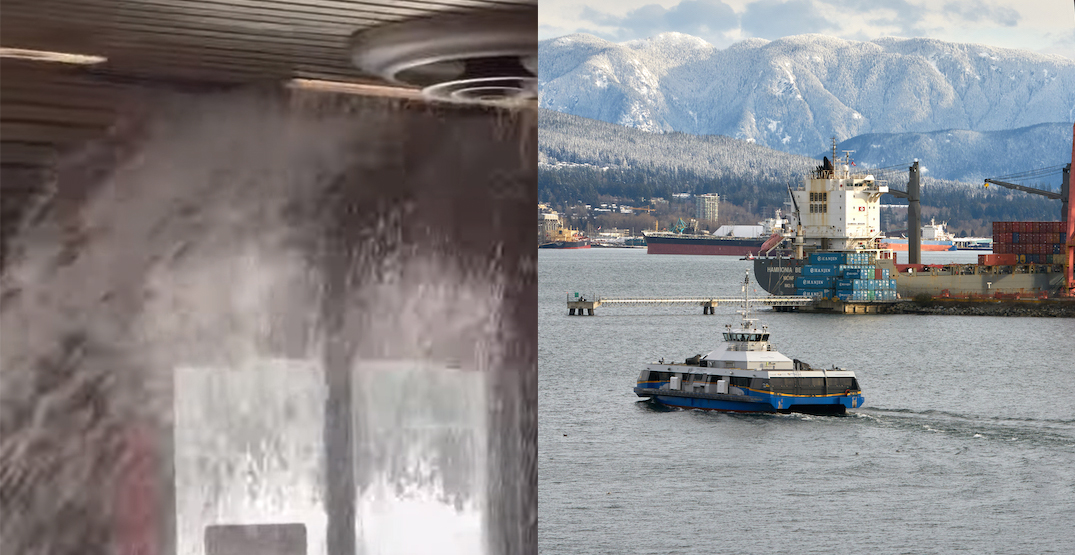 All SeaBus services are suspended following flood impacts at the terminal facility at Waterfront Station in downtown Vancouver.

TransLink has indicated there is no estimated time for when ferry services will resume. Prior to the service disruptions, SeaBus was experiencing heavy ridership as a result of the impact of snowfall on road conditions.

Video posted by YouTube user Justin Lee shows a cascading waterfall from a burst pipe at the bottom of the escalators, just before the final ramp walkway to the terminal.

Water is seen pooling onto both the walkway corridor and the new escalators installed only about two years ago.

SkyTrain Expo and Millennium lines are operating in snow mode, with trains being manned by attendants. As experienced during previous snowfall over the past week, trains are operating at lower frequencies, but with more cars per train.