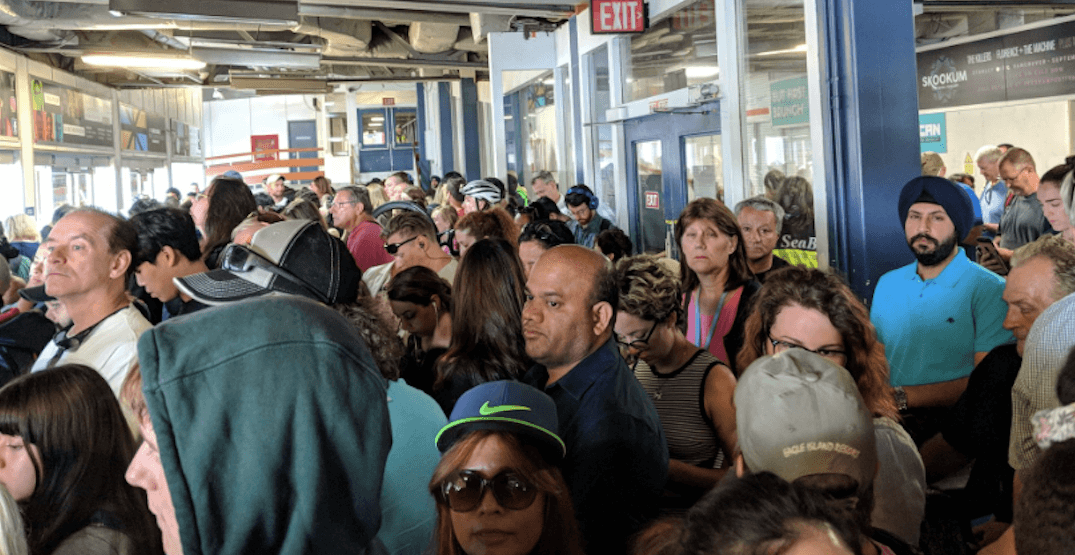 A police incident caused major headaches for commuters travelling between Vancouver and the North Shore this morning.

Earlier, the Lions Gate Bridge was closed down in both directions, causing significant delays.

And commuters hoping to avoid the closure chaos have opted to cross the water on the SeaBus, which has resulted in “heavier than normal” passenger loads.

Well, yeah, that’s one way to put it.

In a statement, TransLink said buses are bringing customers to SeaBus instead causing heavy volume at both terminals.

“Customers can expect sailing waits as there are more people in the terminals than can be accommodated in a single sailing,” the company added.

They advised anyone taking transit to or from the North Shore to “build extra time into their trip.”

Transit scaries on Friday the 13th. Insanity trying to catch a @TransLink Seabus to #NorthVan. Lines up both escalators and beyond… pic.twitter.com/RxGRU0Z8WW

Lionsgate Bridge is closed, buses to the SeaBus are too packed to get on, queue for SeaBus starts outside the terminal pic.twitter.com/je5fpS9a9S

The Lions Gate Bridge has since reopened.