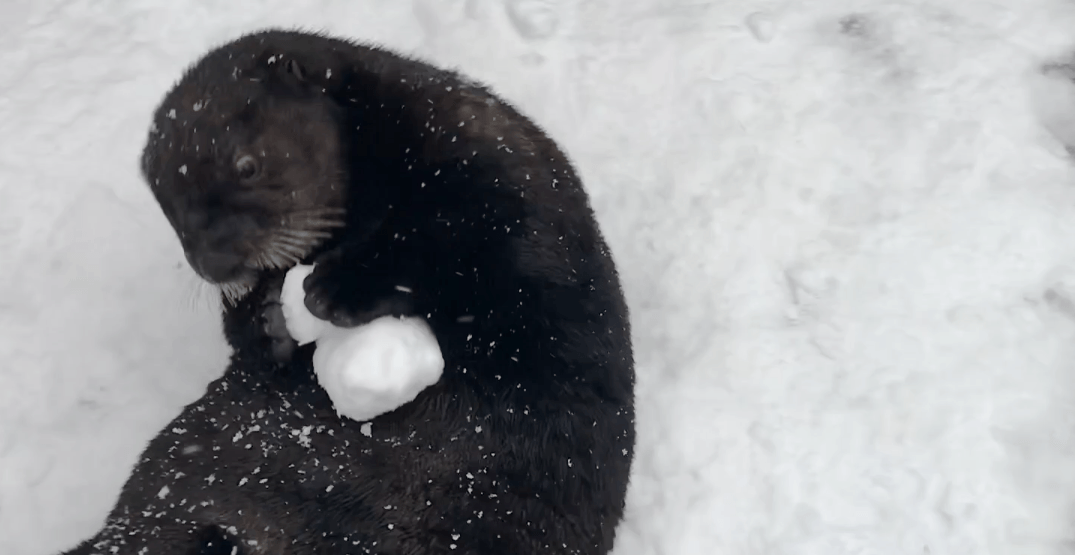 While the snow in Vancouver on Friday was met with mixed reactions, it looks like at least a couple local residents at the Vancouver Aquarium made the most of the occasion.

A spokesperson for the Aquarium told Daily Hive that the marine mammal trainers held what they called a “snow ball enrichment session”– code-speak for playtime with the pups.

The Aquarium also shared video on Facebook of the pups at play, and let’s just say, it’s a heartwarming scene on this cold winter day.

So if you were struggling through the snow today, stuck in traffic or on transit, wishing that spring would hurry up and arrive, just remember, at least some in city thoroughly enjoyed themselves today.