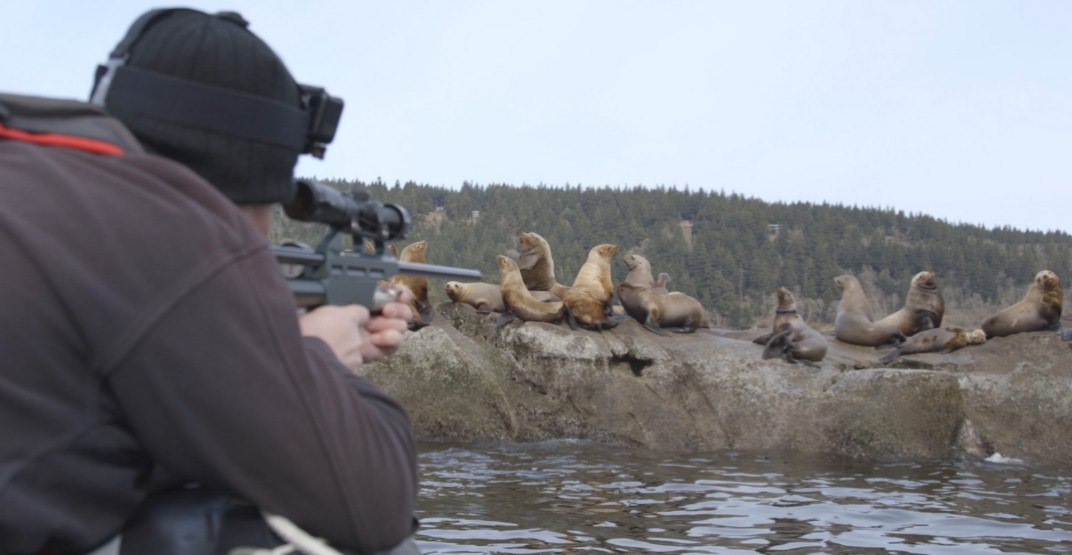 A Stellar sea lion was found with a nylon cord cutting into her neck on Saturday.

The 260 kg sea lion was found North of Norris Rock off the coast of Hornby Island with what’s described as a thick, braided, plastic rope cutting into her neck.

The team, from the Vancouver Aquarium’s Marine Mammal Rescue Centre, used a sedative dart to immobilise the sea lion before cutting the rope away.

“We’re happy we were able to save the female. The rope was cutting in quite deeply and she was suffering badly and would eventually have died,” said Dr. Martin Haulena, head veterinarian at Vancouver Aquarium, in a press release.

Another younger sea lion was also found wrapped in plastic, but when they attempted to sedate the animal it ripped the dart out and swam away before the drugs could take effect.

“Of course, we would like to have had two successful rescues today, or more than two — we know there are hundreds of animals entangled in trash and plastic on our coast, and unfortunately we just can’t get to all of them,” continued Dr. Haulena.

The Aquarium says this instance underscores the growing problem of plastic in our oceans.

Just last week scientists from the Aquarium’s Ocean Wise program announced that they found 1,258 particles of plastic in a single cubic metre of seawater outside Canada Place.

Because of the tiny nature of these pieces of plastic, they are swallowed by creatures on the bottom of the food chain which are then consumed by larger predators, resulting in accumulation of plastic within the animals we eventually eat.

According to the Ocean Wise, every minute a dump truck load of plastic is entering the ocean ecosystem.