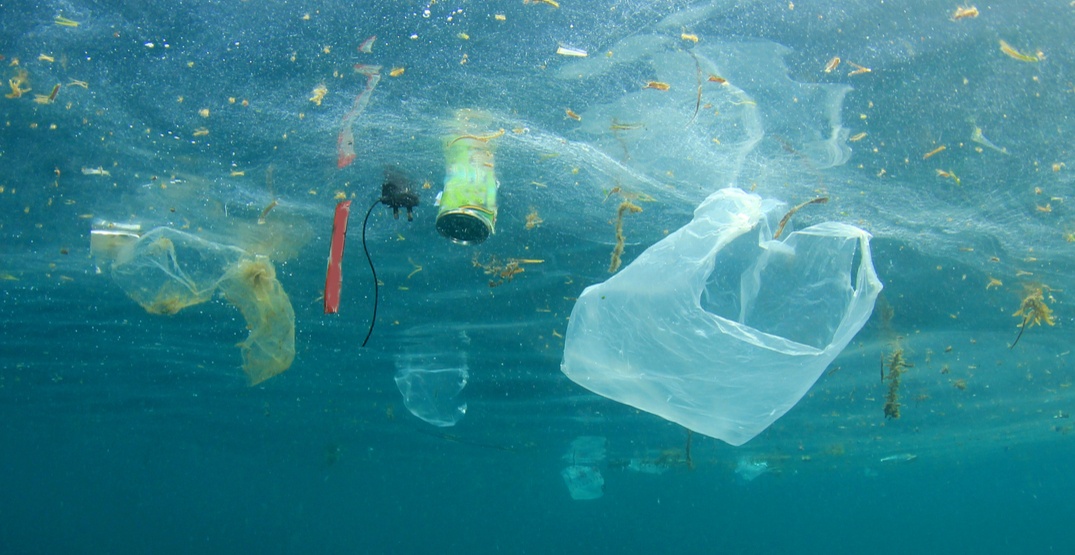 Ocean Wise, the parent organization of Vancouver Aquarium, has launched a new effort to tackle the issue of single-use plastic waste, which often ends up in the oceans.

“We have found microplastic particles in every sample of seawater we’ve analyzed from around the world,” said Ocean Wise VP Dr. Peter Ross, vice-president of research at Ocean Wise.

This includes Vancouver, “which, despite being one of the world’s greenest cities, is no exception.”

The microscopic plastic pollution is coming from many sources, including plastic from single use items that have broken down over time in the ocean, he explained.

In light of these findings and research, Ocean Wise launched its #BePlasticWise pledge and campaign at GLOBE today.

The campaign aims to raise awareness about ocean plastic and build collective action by asking people to reduce their plastic waste from single-use items and other sources.

“The threat of plastic waste in our ocean is a real challenge to both aquatic life and marine ecosystems,” said Dr. John Nightingale, Ocean Wise president and CEO. “Plastic contamination is found from pole to pole, so the high levels of microplastics we’re finding in an ocean city as green as Vancouver raise the question: what does this mean for other parts of the world that are not as pristine?”

Nightingale said Ocean Wise is asking for pledges from government, industry and the public to tackle ocean plastic.

“This issue needs all of us to take small steps towards big solutions for our ocean,” he said. “Action comes with interest and awareness, and we encourage everyone to take the pledge, share your involvement and protect our ocean.”

Ocean Wise said #BePlasticWise pledge participants will receive monthly lifestyle challenges to help them reduce single use plastic over the course of a year. Starting with “Coffee Break” in March — to reduce use of takeout plastic-lined cups and lids — Ocean Wise will provide tips, ocean stories and videos for living a more ocean-friendly life.

Those who want to take the pledge can do so online.