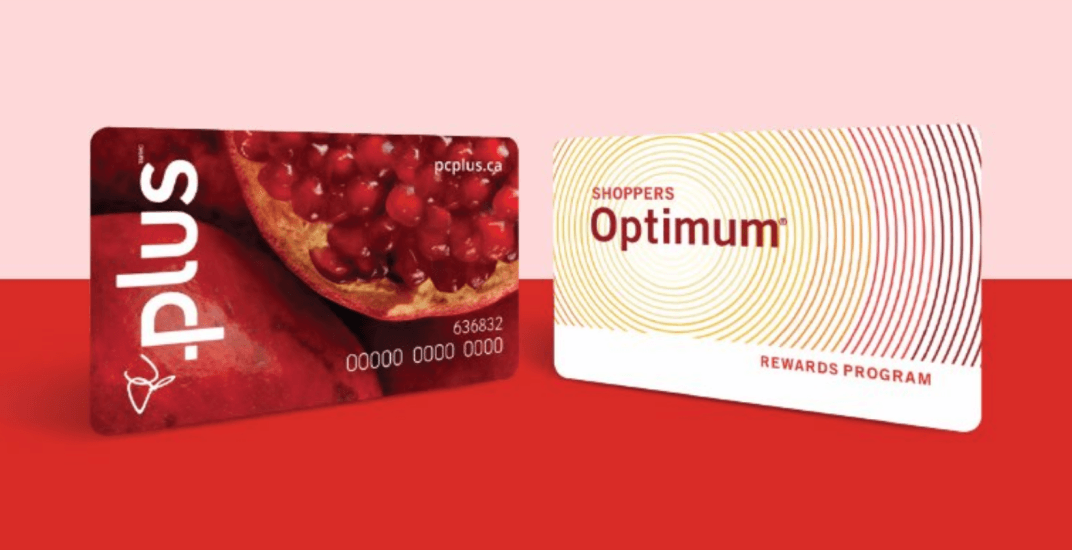 Shoppers Optimum and PC Plus are about to become one in the same.

On Wednesday, the loyalty programs from Shoppers Drug Mart and Loblaw announced that they are joining forces and will be relaunched as PC Optimum as of February 1, 2018.

The current programs, PC Plus and Shoppers Optimum, have respectively 8 million and 11 million members – who, last year, redeemed points every two seconds of the day, to save money on their necessities and indulgences, according to a release. The programs are also ranked first and second when Canadians are asked which loyalty programs provide them the best value.

Members of each loyalty program can continue to collect and redeem points per usual in advance of the new program launch at which point the joint, PC Optimum program will be accepted at nearly 2,500 stores and e-commerce sites including Real Canadian Superstore, Atlantic Superstore, City Market, No Frills, Independent, Zehrs, Loblaws, Shoppers Drug Mart, Shoppers Home Health Care and online at Loblaw-owned Click & Collect websites, joefresh.com and beautyBoutique.ca.

We’re excited to announce that on Feb 1st, 2018 the PC Plus & Shoppers Optimum programs are coming together as the PC Optimum program. pic.twitter.com/TaBV2nzubU

Once implemented, PC Plus and Shoppers Optimum points will be converted to PC Optimum points at equal value and the threshold for redemption will be lowered to 10,000 points equal to $10 off purchases.

“We know how much Canadians care about their loyalty points, so we created the PC Optimum program by listening to our customers,” said Jim Noteboom, Senior Vice President, Loyalty and Consumer Insights, Loblaw Companies Limited.

“They want a single, easy-to-understand program, covering our entire assortment of food, health, beauty and apparel. Most of all, the PC Optimum program will deliver on their expectation of equal value when the programs come together, with additional options to save even more.”