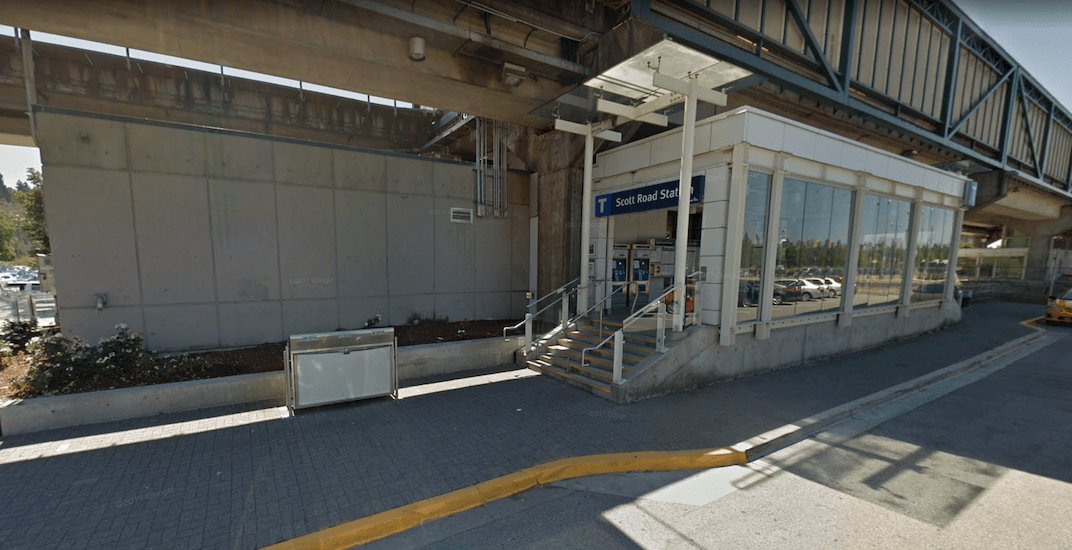 A Surrey SkyTrain station has re-opened after a transit officer was shot on Wednesday afternoon.

According to TransLink, Scott Road Station re-opened to the public Thursday morning, train service has returned to normal, and the bus bridge has been discontinued.

#SkyTrain Scott Road Station has reopened. Train service is returning to normal. Thank you for your patience during this time. ^SB

Following the shooting, trains were not stopping at the station as police completed their investigation. People who were travelling on the Expo Line who wanted to get to Scott Road Station were required to travel to Gateway Station.

According to Surrey RCMP, police received calls about a shooting at approximately 4:20 pm. At the same time, the detachment was alerted by Metro Vancouver Transit Police that one of their officers had been shot at Scott Road SkyTrain Station.

Surrey RCMP said the officer was transported to hospital with serious but non-life threatening injuries. Authorities are actively looking for the suspect, who may be armed.

Following the shooting, police released a surveillance photo and video of a suspect in connection with the incident.

We are looking for this male in connection with the shooting of @TransitPolice officer Constable Joshua Harms. Call 911 if you see him. pic.twitter.com/XwSq6N2y1K

Please share: video released of the suspect who shot a @TransitPolice officer earlier today. We are actively searching for him. Call 911 if you see him. pic.twitter.com/xZxM7g9zdD

Police described the suspect as a man in his 20s, with dark skin, a dark stubble goatee, and a moustache. He was last seen wearing a blue hoodie and white, Nike runners with a large black “swoosh”.

A tip line has also been set up for the public to provide any information which can assist in this investigation. That number is 604-502-6284.