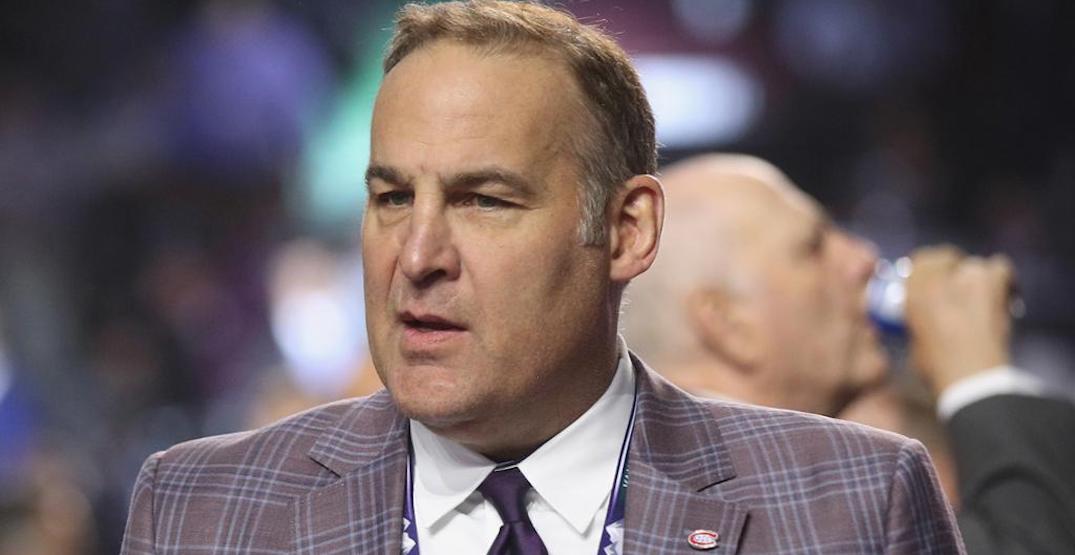 The Vancouver Canucks still have a general manager, but the speculation about who will be the next person in charge isn’t likely to go away soon.

With Jim Benning reportedly in the last guaranteed year of his contract and the Canucks playing as they have been — despite two straight wins against a pair of teams below them in the standings — many people are wondering when ownership will finally make a change.

The name generating the most buzz at the moment is Scott Mellanby, who resigned as assistant general manager of the Montreal Canadiens last weekend prior to Marc Bergevin getting fired as GM.

“I’m hearing Mellanby’s name a lot more in the last 24 to 48 hours,” Rick Dhaliwal of CHEK reported today. “Not saying they’re going to hire him, but it certainly seems like there’s interest there from the Vancouver Canucks.”

In our first segment @DhaliwalSports talked about a new name swirling around the #Canucks off the ice.https://t.co/h4e2SKLzpb pic.twitter.com/bJCmiR2ppI

Mellanby was also mentioned on Wednesday by Sportsnet 650’s Satiar Shah as the person that’s been “most closely linked” to the Canucks not-yet-vacant GM job.

The 55-year-old Montreal native has never been a general manager before, but he ticks a lot of boxes.

Mellanby played 1,431 games in the NHL during his playing career, with Philadelphia, Edmonton, Florida, St. Louis, and Atlanta. His first off-ice job was with the Canucks when he was hired as a pro scout by Mike Gillis in 2008. Mellanby spent another year with the Canucks as a senior advisor before leaving for St. Louis where he was an assistant coach alongside Davis Payne, and then Ken Hitchcock.

Elliotte Friedman reported on Hockey Night in Canada that Mellanby had his eyes set on the GM job with the Habs, and that Bergevin recommended him as his successor. But when it became clear the Canadiens were going in a different direction, Mellanby decided to leave.

Mellanby has been linked to numerous GM jobs in the past. The Habs reportedly gave the Edmonton Oilers and Minnesota Wild permission to speak to Mellanby in 2019, and did the same for the Florida Panthers in 2020.

Scott Mellanby informed Marc Bergevin today that he’s happy with the @CanadiensMTL and that he wants to be part of the team success. That’s the reason why he won’t take any job interviews in the near future. Mellanby’s was rumoured to be interviewed for the GM job in Pittsburgh.

Mellanby was rumoured to be a candidate for the GM job in Pittsburgh earlier this year, but decided not to take any job interviews because he was happy in Montreal according to Renaud Lavoie of TVA.

Is this finally the right fit?

Perhaps Mellanby’s brief experience in the Canucks organization gives him a leg up, as there would be at least some familiarity with team owner Francesco Aquilini.