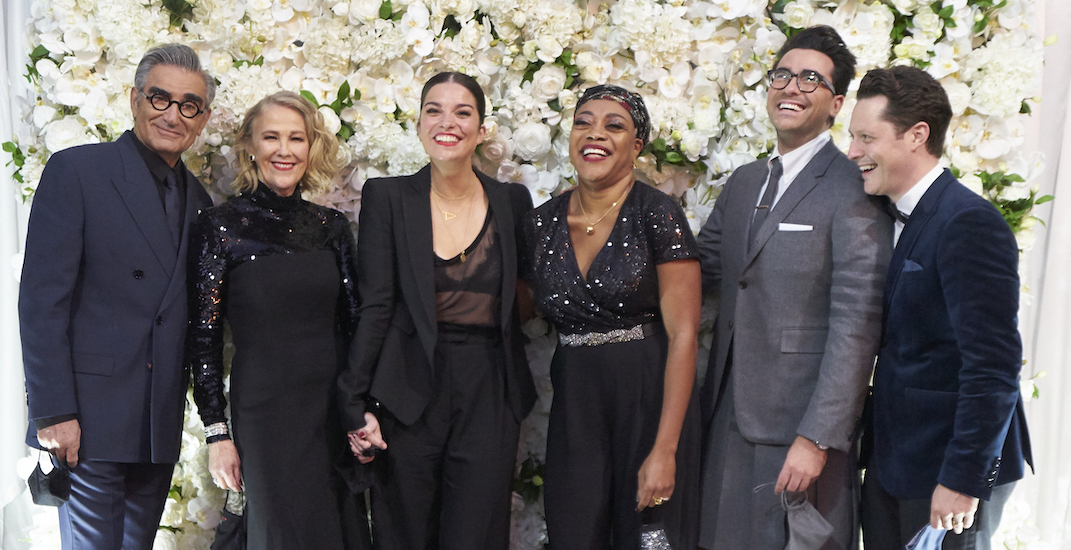 These guys are the Schitt.

Schitt’s Creek dominated the Emmys on Sunday night, sweeping the comedy category and setting a new record for the most wins in a single season for a comedy series.

What’s even more impressive is Schitt’s Creek had never won a single Emmy in any of its prior seasons.

After Schitt’s Creek’s big haul, plenty of celebrities took to Twitter to congratulate the show on its domination:

Congratulations to the cast and crew of @SchittsCreek for their historic Emmy’s sweep tonight – and for bringing such joy and humour to all our lives these past six years. And to all Canadians who were nominated this year, we’re so proud of your great work too.

FABULOUS!! #SCHITTSCREEK DESERVES IT ALL AND MORE! CONGRATULATIONS TO THE FUNNIEST ENSEMBLE ON TV…!!

Congratulations to everyone who made Schitt’s Creek! We’re all so proud. Also feeling optimistic about my new nun sitcom Mother Fokker.

Congratulations #SchittsCreek for winning BEST COMEDY SERIES ‼️🥳 I love this show so much and am so happy for all of your successes!!! And yay @annefrances for your #Emmys win as well ‼️❤️ XoP

The 72d Emmy Awards was of the virtual variety, hosted by Jimmy Kimmel. All of the shows 100-plus nominees were looped in remotely from all over North America.