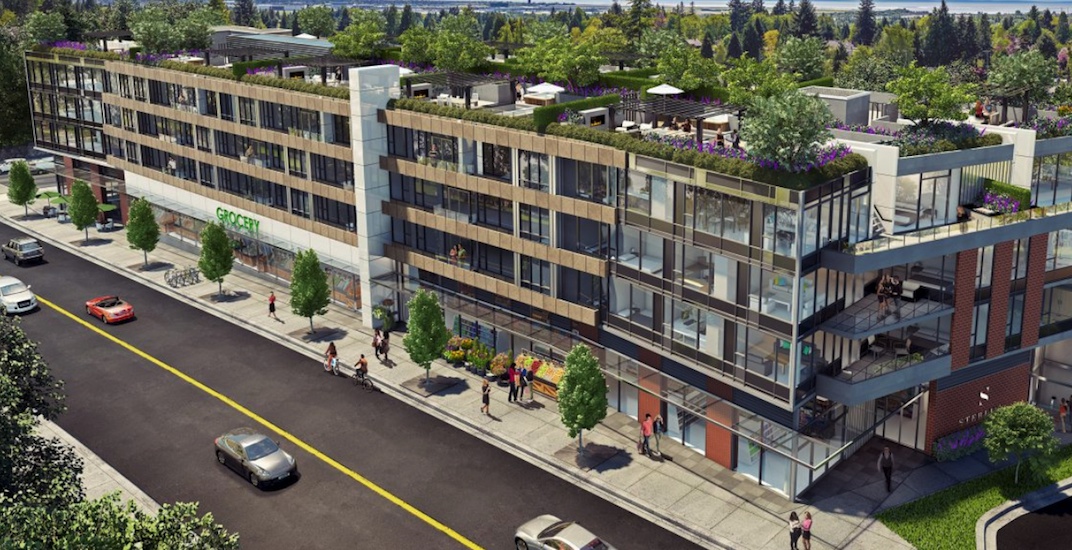 A major grocery store will be opening in Vancouver’s Kerrisdale neighbourhood later this fall.

Save-On-Foods is the anchor tenant of the retail space within the new Sterling mixed-use building at 6400 West Boulevard – the northwest corner of West 49th Avenue and West Boulevard.

A spokesperson for the grocery store chain told Daily Hive the store will be approximately 28,000 sq. ft.

The building, which is under construction, also has 37 residential units. It is developed by Cressey Development and designed by IBI Group Architects.

Save-On-Foods currently has three locations in the Vancouver Westside. It took over the IGA store space at the corner of West 41st Avenue and Dunbar Street in 2016, it has captured much of the UBC market share with its store at Wesbrook Village, and it has a store on Cambie Street near Olympic Village Station.