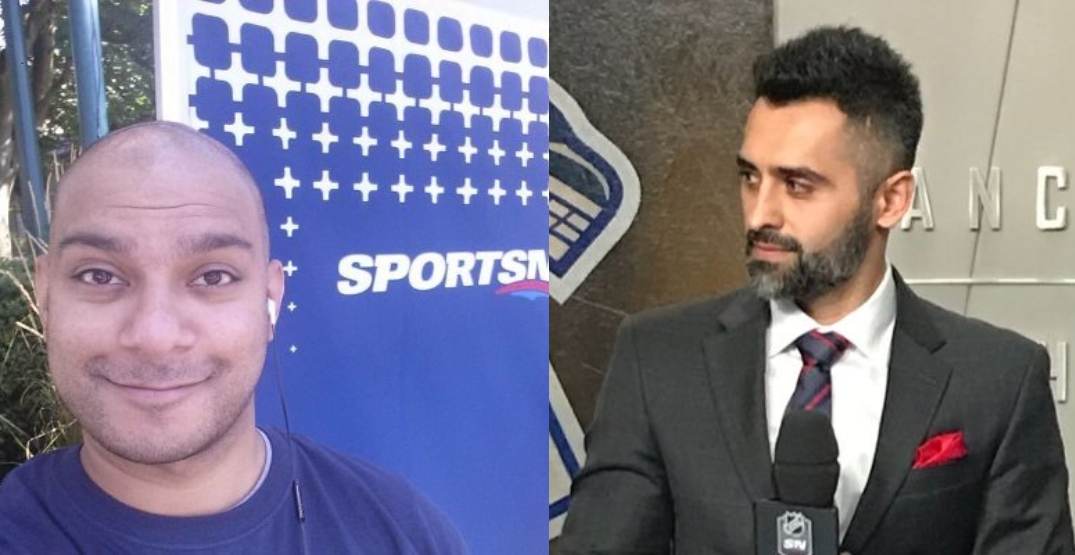 Multiple calls to Sportsnet 650 included racist messaging, making it to air during the Canucks post-game show.

As broadcast professionals, hosts Satiar Shah and Bik Nizzar continued talking hockey, but felt compelled to call out the cowardly behaviour afterwards. In a message posted to Twitter, Shah attached an image that showed a text they received saying “enjoy your Surrey audience.”

Good night of racism on the post game show, also included a dude calling in twice with different numbers and names to do a middle eastern chant. Cowards pic.twitter.com/I4LPNfGFNj

Coward waited 20 minutes on hold to pull this off a second time…. People strive to great lengths to be racist. https://t.co/pBY4jTMzBA

“The most important message I wanted to get across by calling this out is that this stuff does still happen,” Shah told Daily Hive.

“There were people of colour listening who were really offended by what they heard, some said it jarred them back to moments of racism they experienced in their own lives.”

Being the target of bigotry is unfortunately nothing new for Shah or Nizzar, who receive racist messages often enough that Shah said they’ve become desensitized to it. The difference this time was that the racist comments were heard over the airwaves.

“I don’t get hurt or offended by those I don’t respect,” Nizzar explained to Daily Hive. “I wanted it shared online because people don’t realize how frequent this happens into our text lines or DM’s.

“As a broadcaster you know how to go on with the show in the face of adversity, and last night Sat and I just continued the conversation talking about the game. The disheartening part was it went to air and people were likely hurt by it. That’s what has bothered me the most.”

Both Shah and Nizzar addressed last night’s shameful behaviour on their respective shows today, after receiving a huge wave of support from fans, colleagues, as well as the National Hockey League and Vancouver Canucks on social media.

There is no place in the game for the racist comments you endured last night. Fortunately for all NHL fans – especially Vancouver fans – there is a place in our League for you. We are proud you’re part of the NHL family.

We are with you @bik650 and @SatiarShah. There’s no place for the racist comments that you experienced last night on the @Sportsnet650 post game show. We stand proudly behind you.

“Thanks to everybody who reached out, and I appreciate the support. From the bottom of my heart, I really really do. Thanks, and I know Bik is appreciative as well,” Shah said on The People’s Show this afternoon. “I did find it telling that we’ve become so numb to this as minorities. If it didn’t go to air, I wouldn’t have talked about it.”

“The [racist] texts that come in… That’s nothing new. Maybe I’ve become desensitized to it. Sometimes it gets my back up, I’ll reply. Sometimes I just ignore it. But I don’t make a big deal out of it. But because it went to air yesterday, I felt a responsibility to talk about it. I do think that maybe I should be calling out these things more, because they do keep happening.”

“When this happens publicly we have to address it. We have to call it out. We have to acknowledge that these things do occur. It shouldn’t be acceptable… It’s cowardly behaviour. What we’re trying to do is talk hockey. We all love the sport.”