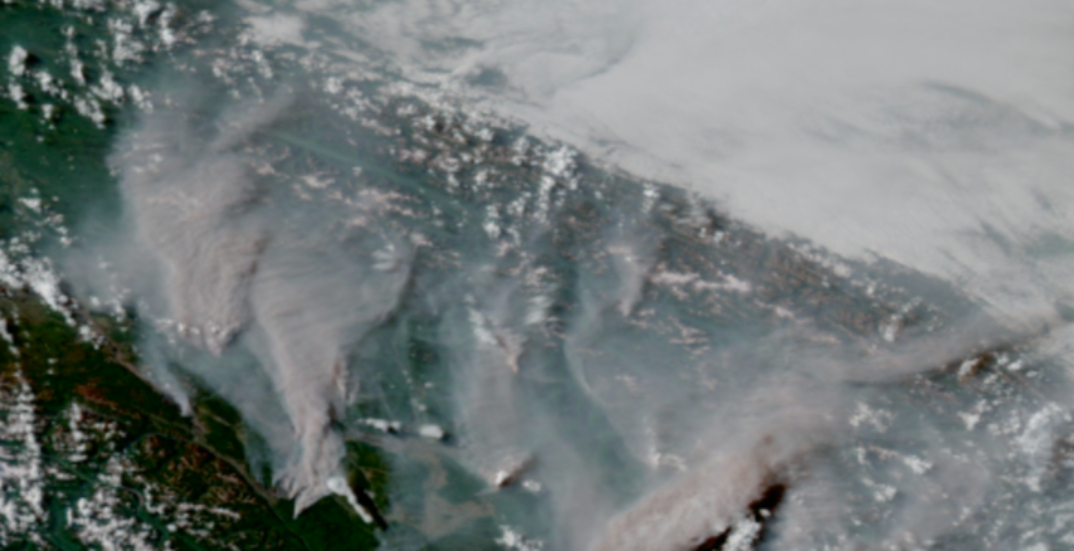 Hundreds of wildfires have been burning throughout much of the country, especially in Western Canada.

Environment Canada alerts and statements have been in place across Canada. Many of the wildfires burning in British Columbia, Manitoba, Saskatchewan, and Ontario have triggered states of emergency and evacuation orders.

The resulting smoke has started to drift thousands of kilometres away and has resulted in hazy skies and smog alerts.

It’s #TimelapseTuesday, and this imagery from the #GOESEast 🛰️ shows how #wildfire smoke (the grayish-haze compared to the stark white clouds) has been spreading across North America from July 15-19. pic.twitter.com/p2bOMrjNEQ

Wildfire smoke changes constantly and consists of a mixture of particles and gases which could be hazardous to your health.

In an email with the Cooperative Institute for Research in the Atmosphere (CIRA), Researcher Matt Rogers tells Daily Hive the institute encourages “anybody in proximity to these fires to be in close communication with their local emergency response systems and be prepared to follow all evacuation orders and guidelines as issued by those authorities.”

He says the fires in BC are of “significant interest” due to their impact on “local and remote populations alike.”

Rogers says scientists are still “collecting as much data as possible” regarding the wildfires and says the satellite imagery is a “relatively new capability,” having had been available over North America since 2016.

A time-lapse GIF from July 20’s wildfires, courtesy of the RAMMB, can be found right here.