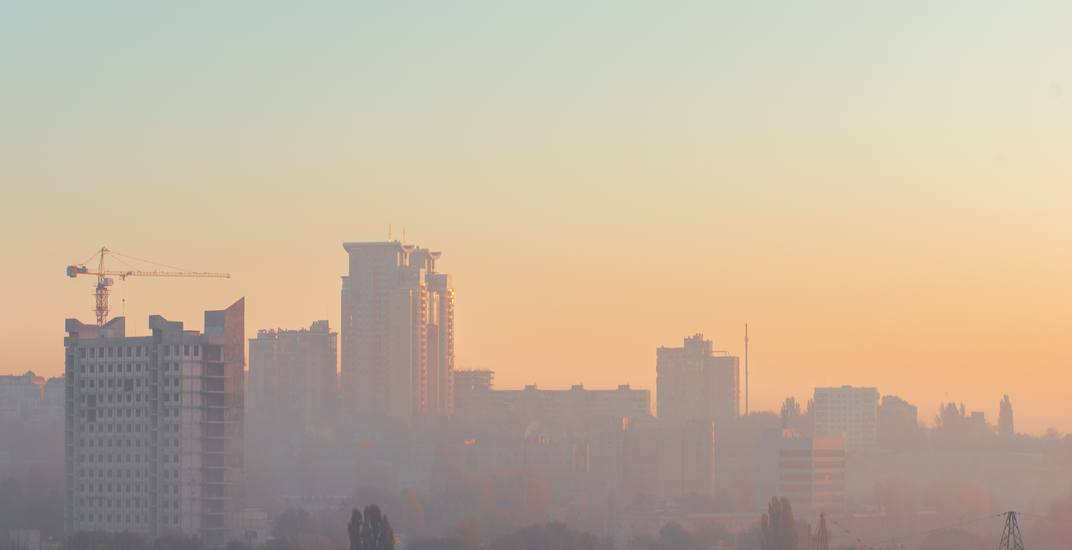 As wildfires continue to rage in northwestern Ontario, the smoke is resulting in a smog warning for Montreal and much of Quebec.

Environment Canada issued a smog warning for the Montreal metropolitan area on Tuesday morning and 15 other regions across the province.

“High concentrations of fine particulates are expected and will result in poor air quality,” says the weather agency. Environment Canada says smog especially affects asthmatic children and people with respiratory ailments or heart disease. “It is therefore recommended that these individuals avoid intense physical activity outdoors until the smog warning is lifted,” states the alert. 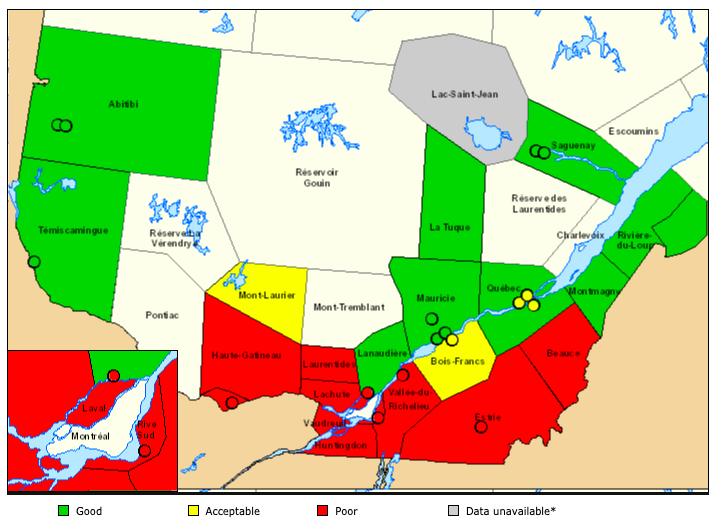 Montreal’s smog alert, issued at 10:29 am on Tuesday, is in effect for the following areas:

The 15 other regions in Quebec under smog warnings are as follows.  Gatineau is also under a severe thunderstorm watch and Mont-Tremblant Park – Saint-Michel-des-Saints and Pontiac are dealing with air quality alerts. 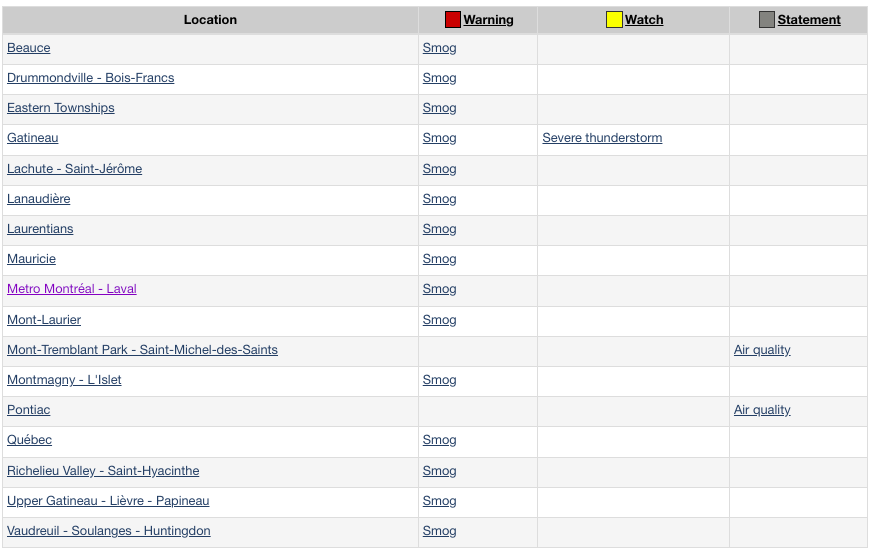