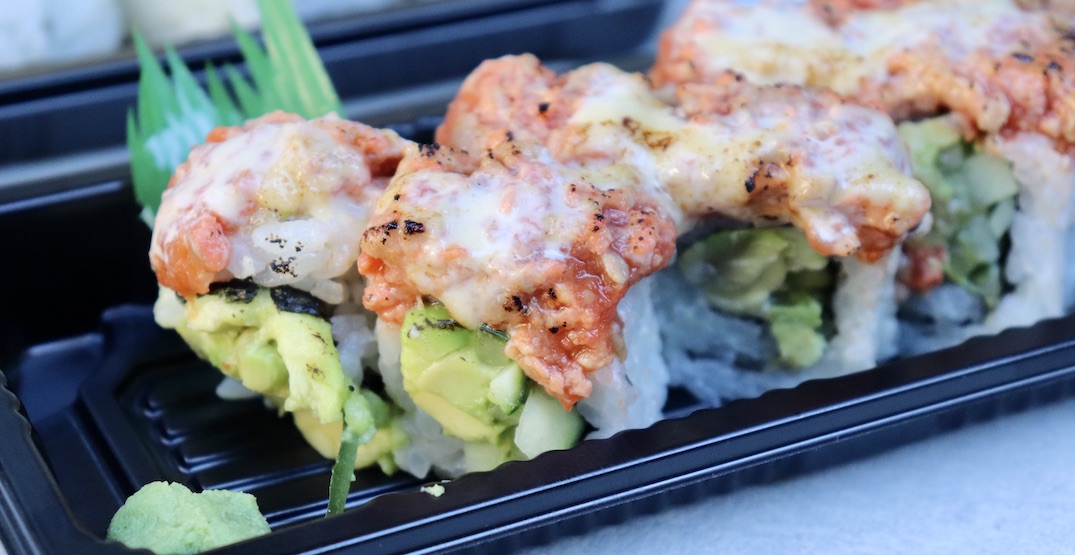 Sashimiya is Vancouver’s new grab-and-go sushi and sashimi shop, and if you haven’t visited the fresh Hornby Street gem yet, it’s time to make some eating plans, people.

The celebrated local culinary personality already has an established loyal following because of his standout skills, and now, we expect he’ll reach even more foodies, as the grub at Sashimiya is accessible, delicious, and very reasonably priced.

The couple revamped the downtown space themselves before quietly soft opening earlier in September. Now, they are gearing up for Sashimiya’s official grand opening on Friday, October 2. 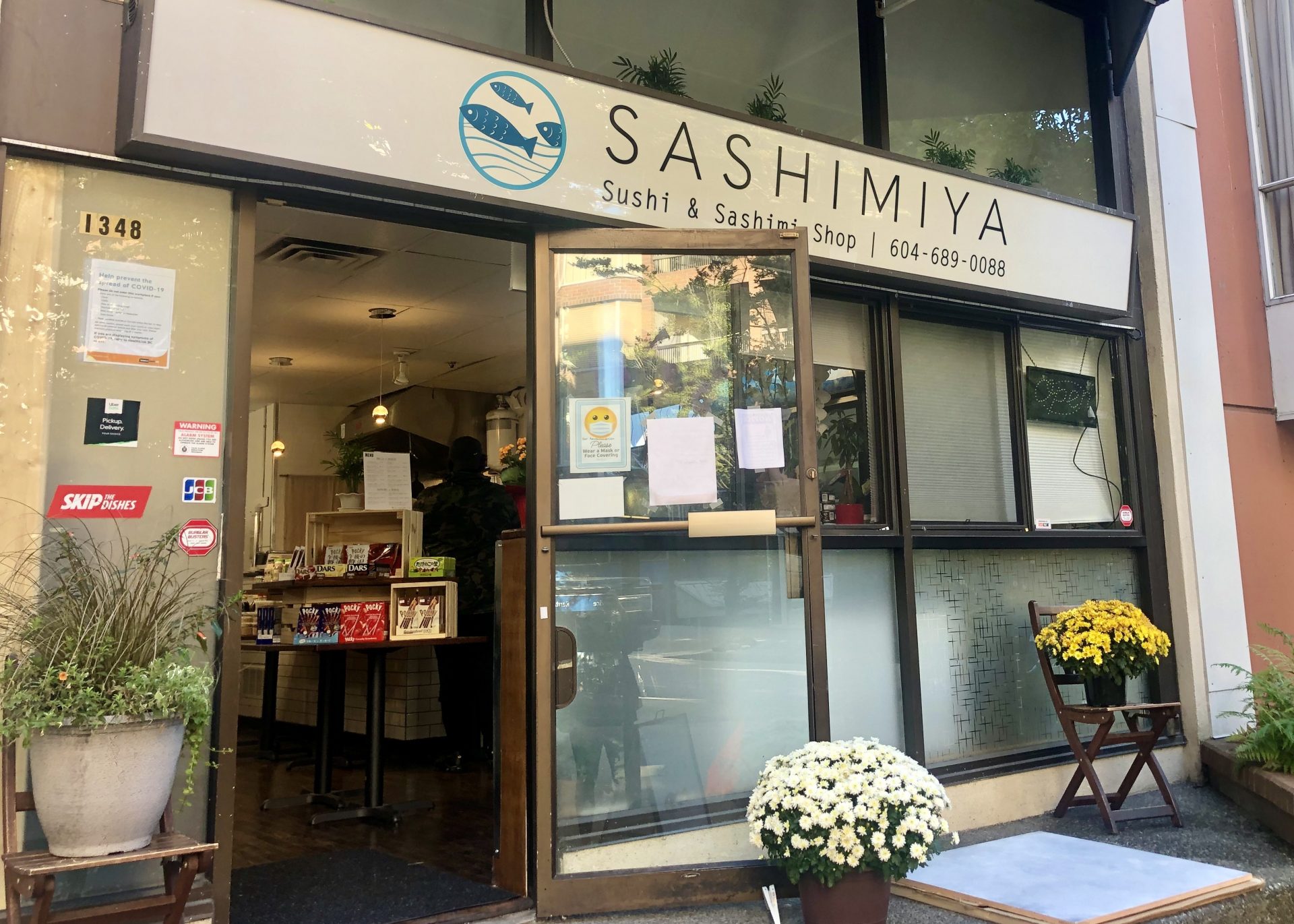 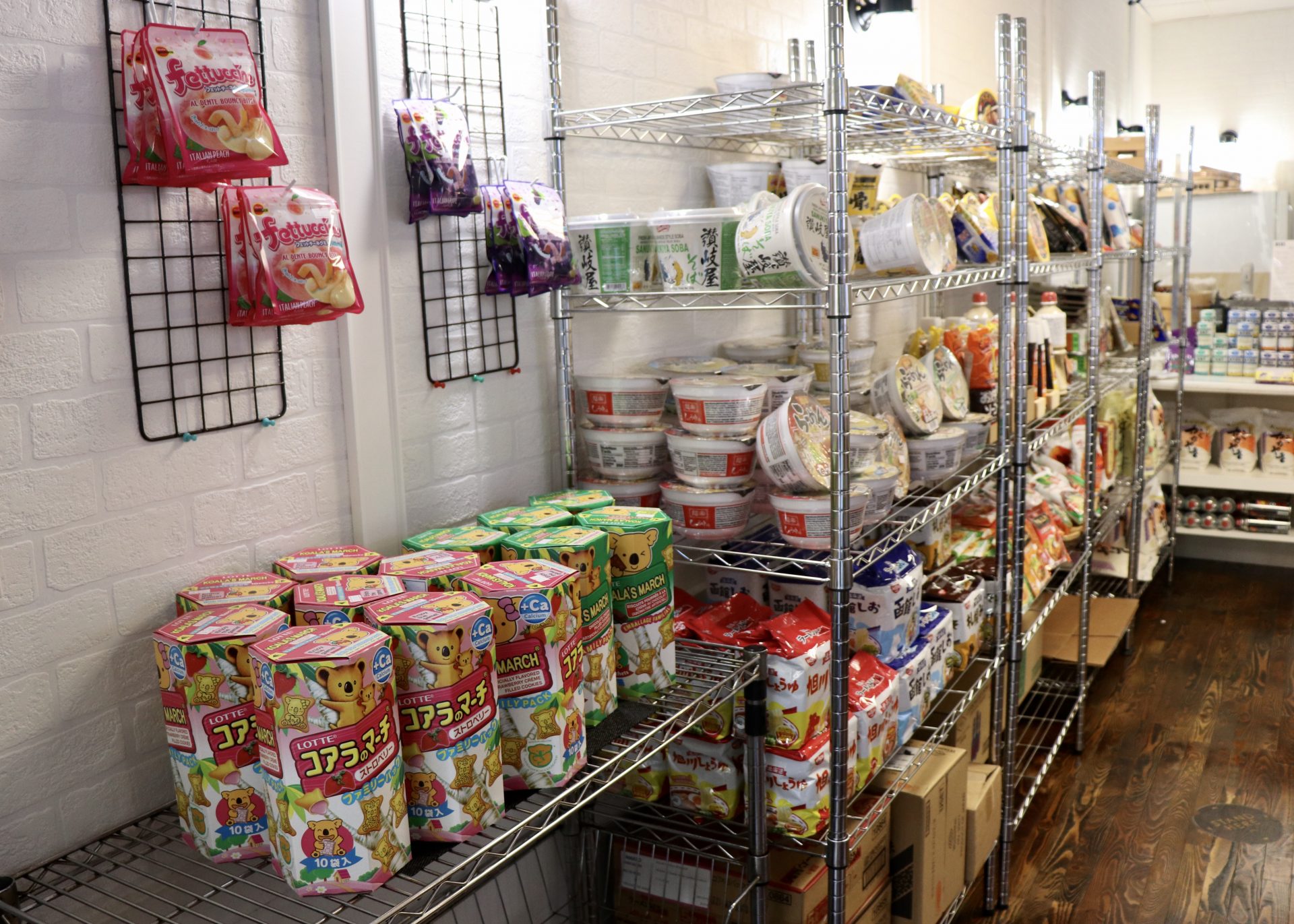 You can also grab everything from big bottles of soy sauce to instant ramen, to the largest bag of ginger we’ve ever laid eyes on here.

The selection is real and there’s a lot to look at when you visit this small but mighty concept. 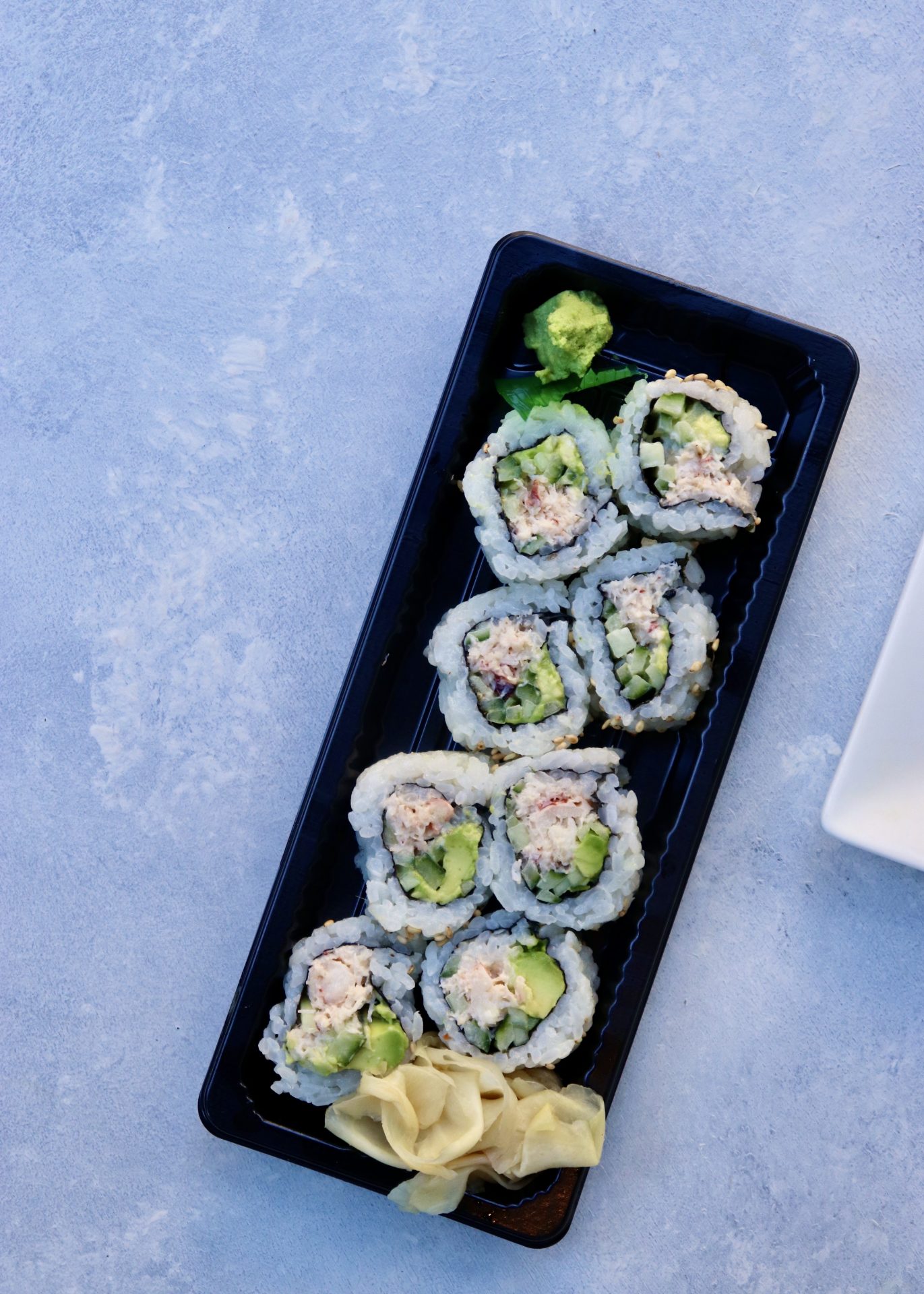 When it comes to price, you’re looking at about $7-$8 per roll. At that rate, you can grab a Pocky and one of the many specialty Japanese beverages lining the shelves, and you’ve got the perfect lunch or dinner for one. 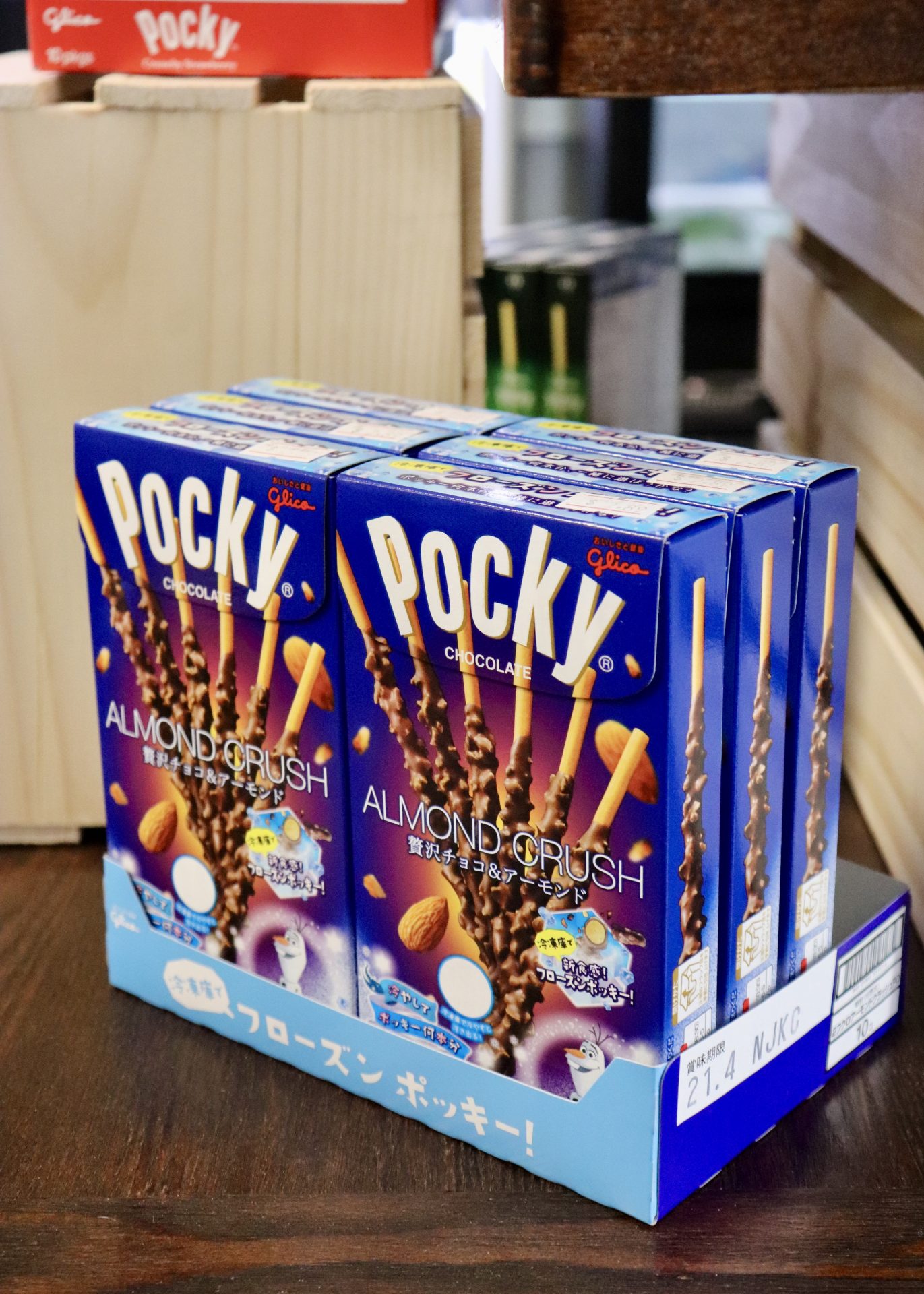 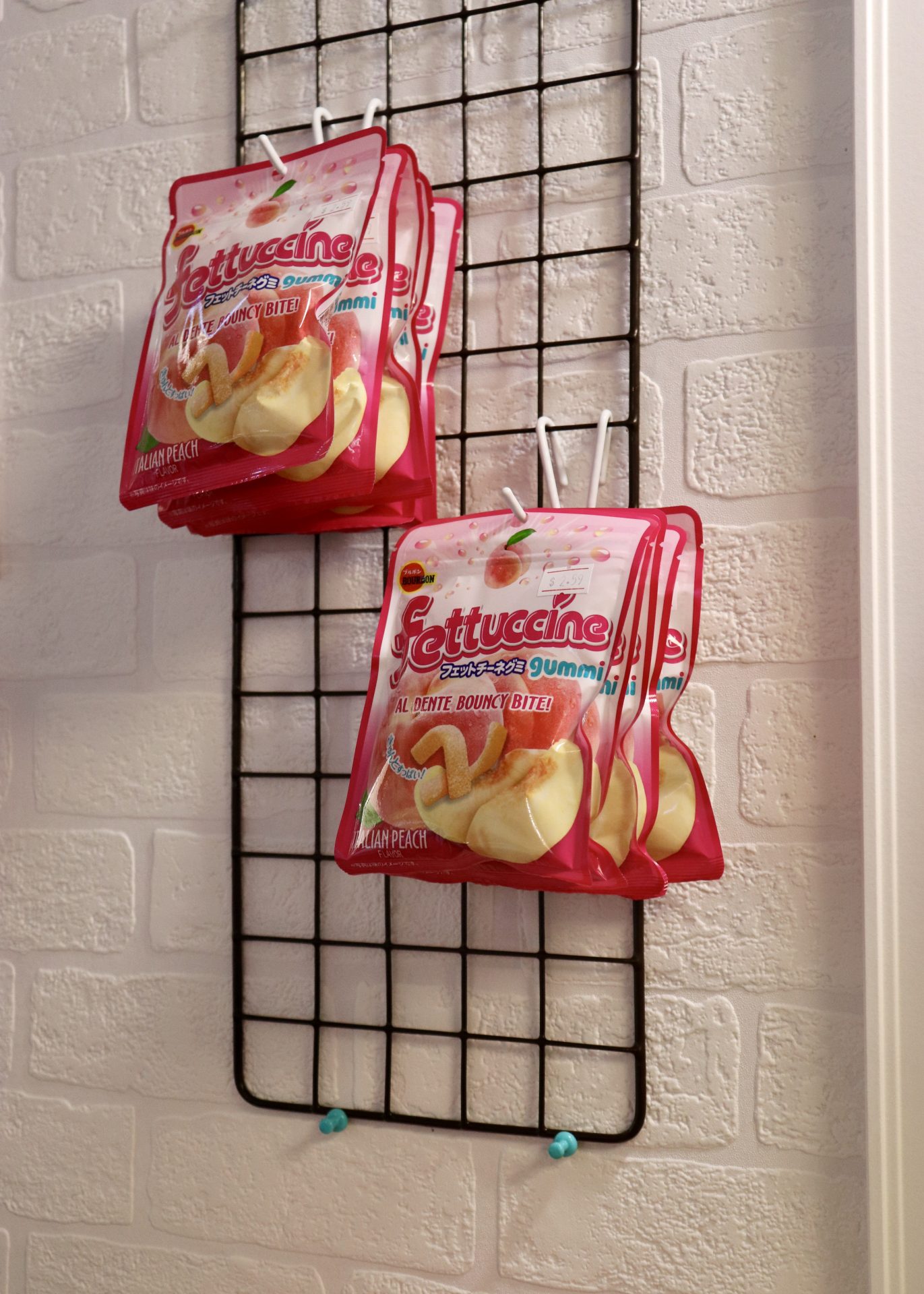 But, really, food is meant to be shared, right?

So let’s say you’re looking to get enough grub to feed the crew, Chef Taka has you covered with some larger format offerings.

You can get beautiful (and we mean b-e-a-utiful) plates and platters here. Find everything from Sushi Party Trays for four to a Premium Sashimi Platter for four to six people.

For those who feel inclined to create some DIY deliciousness, Sashimiya offers everything you need to make sushi at home. Chef Taka will even slice the fish before you head out the door. 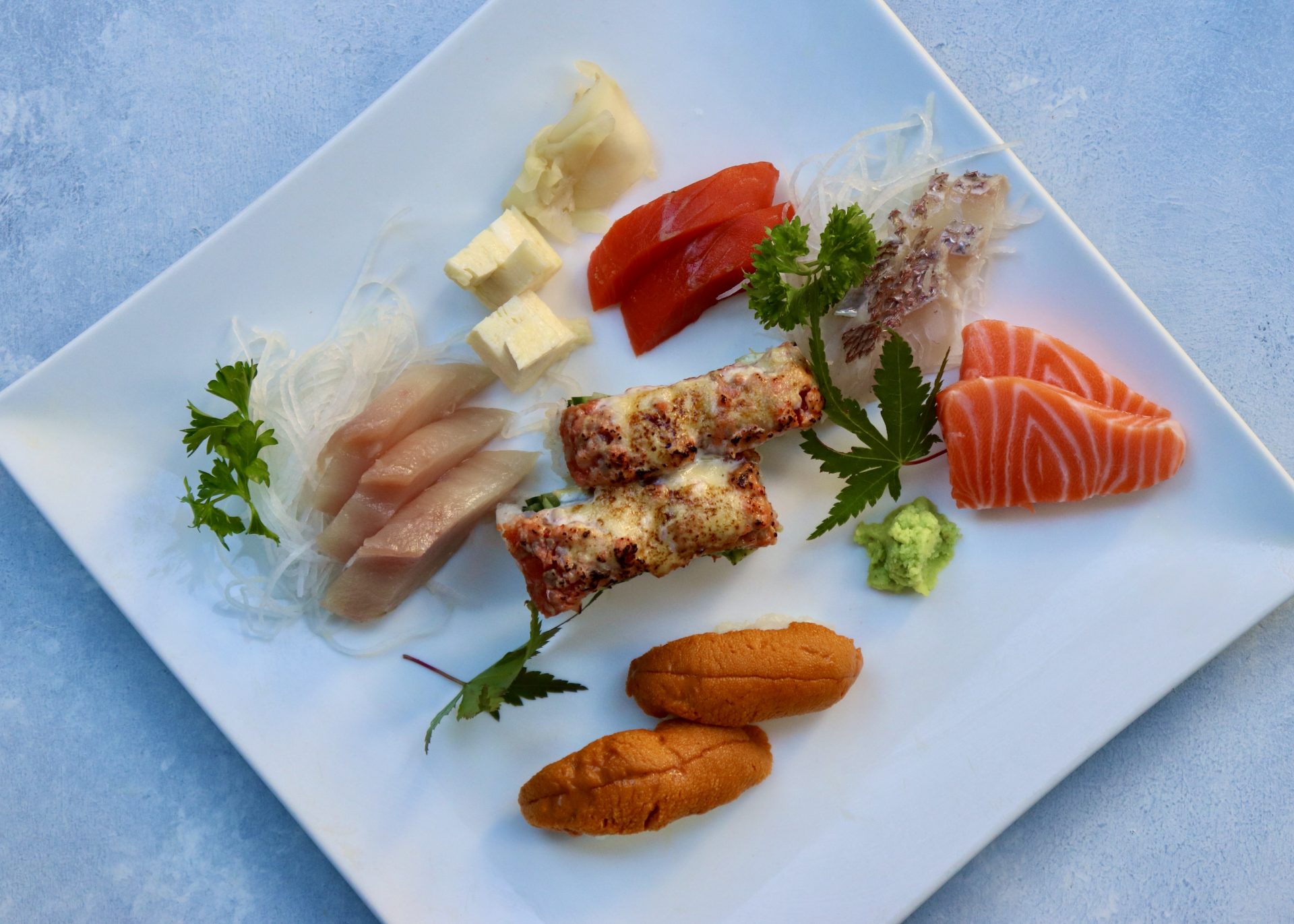 Sashimiya also has some tricks up its sleeve in terms of new additions to the menu and seasonal offerings.

Its newest roll, which will be added to the menu soon, is the show-stopping Gokujyou Futomaki.

Available for $25 per roll, this guy needs to be pre-ordered 24 hours in advance. 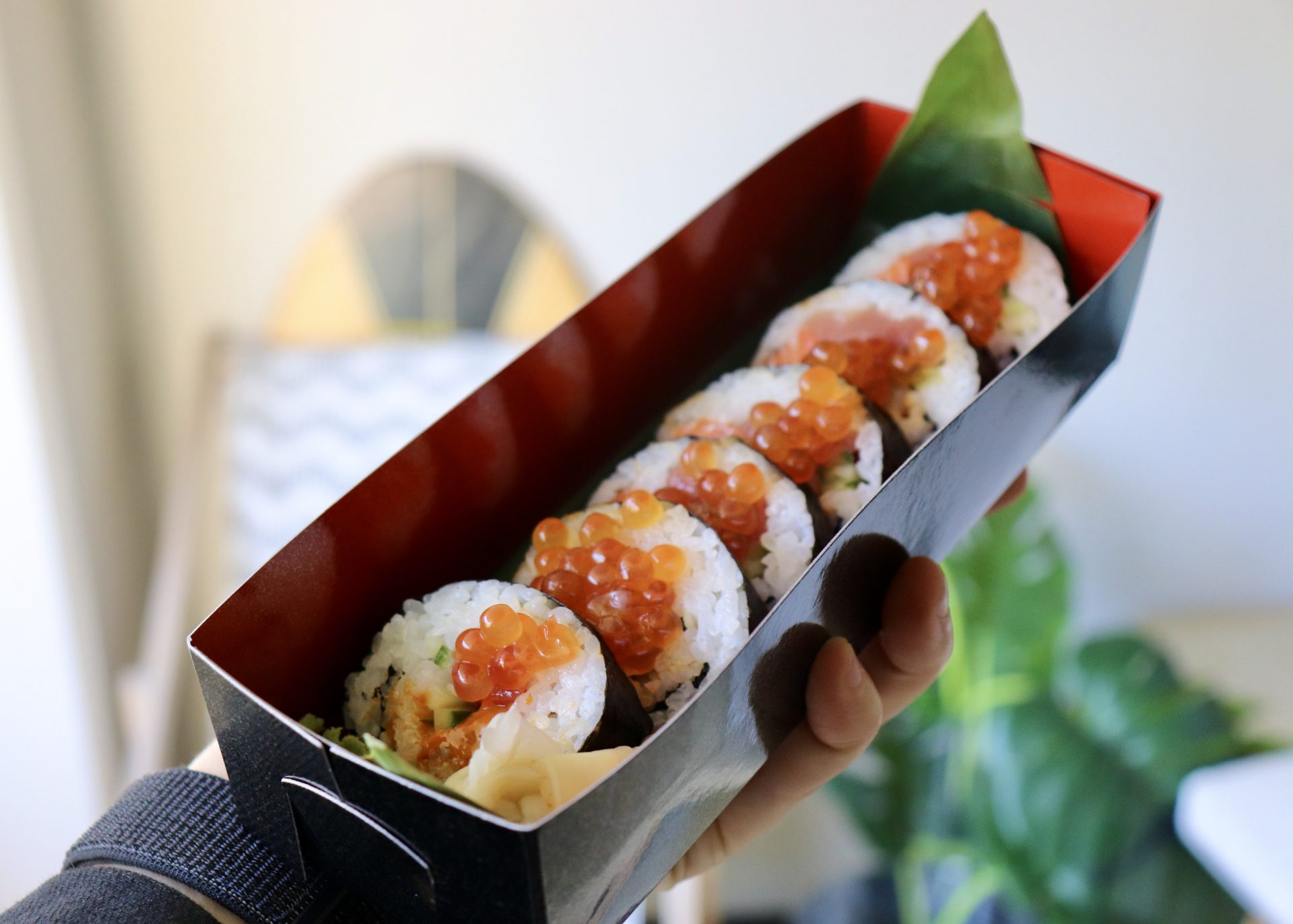 Sashimiya is now open Tuesday to Sunday from 11 am to 7 pm. After its grand opening, hours will stay the same.

Be sure to stop by for some snazzy Japanese snacks or for a full-on sushi and sashimi feast soon, you won’t regret it. 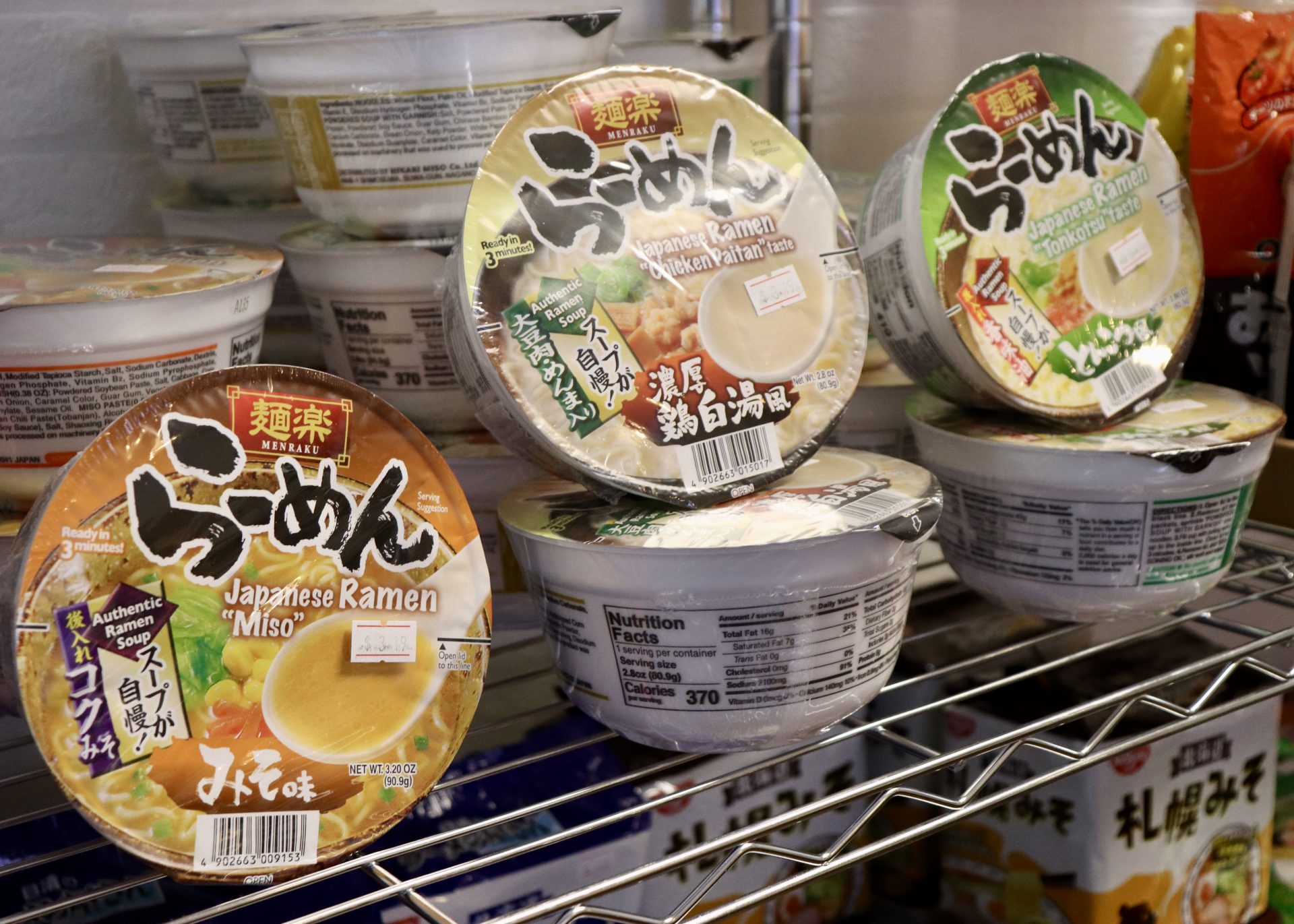 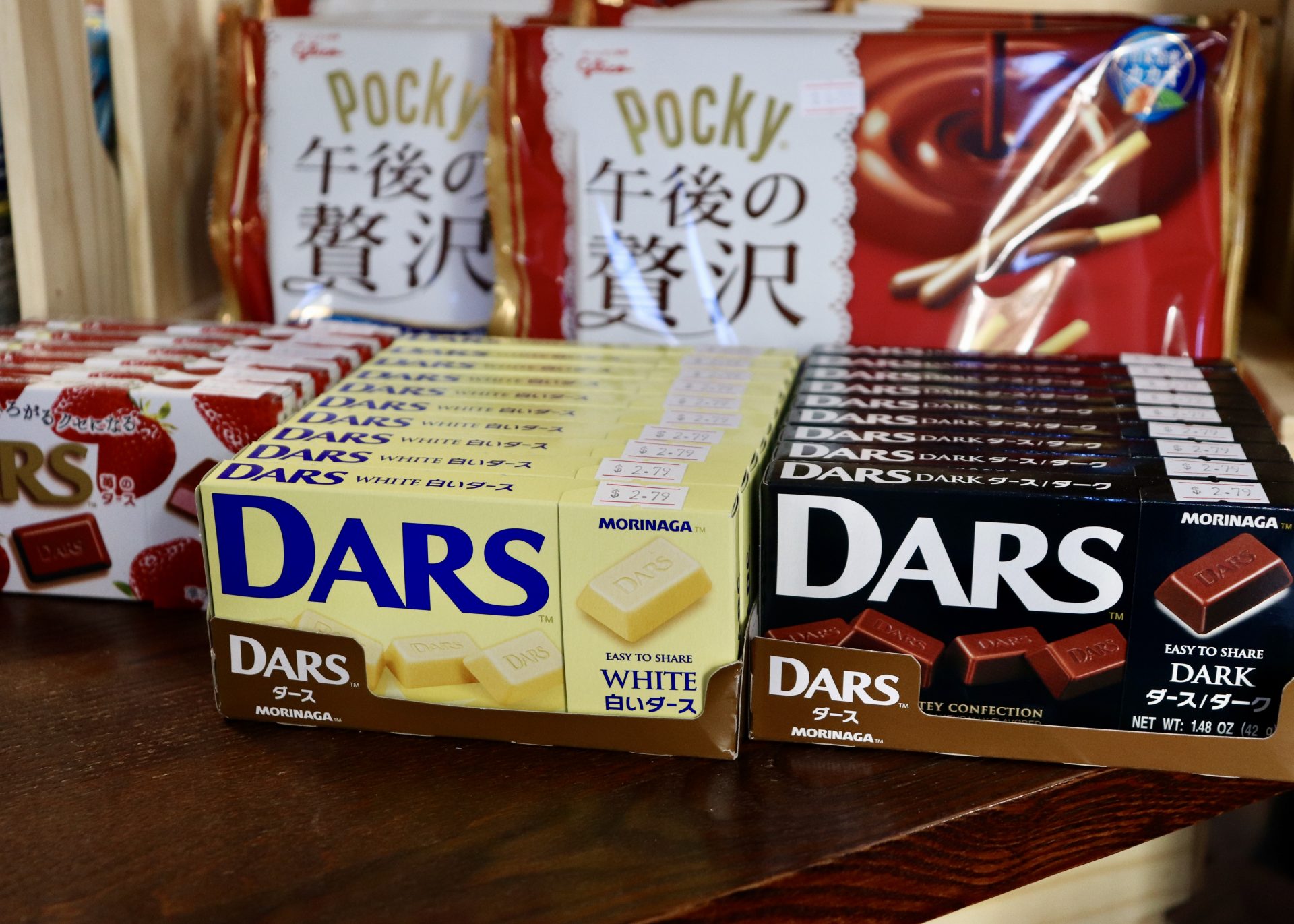 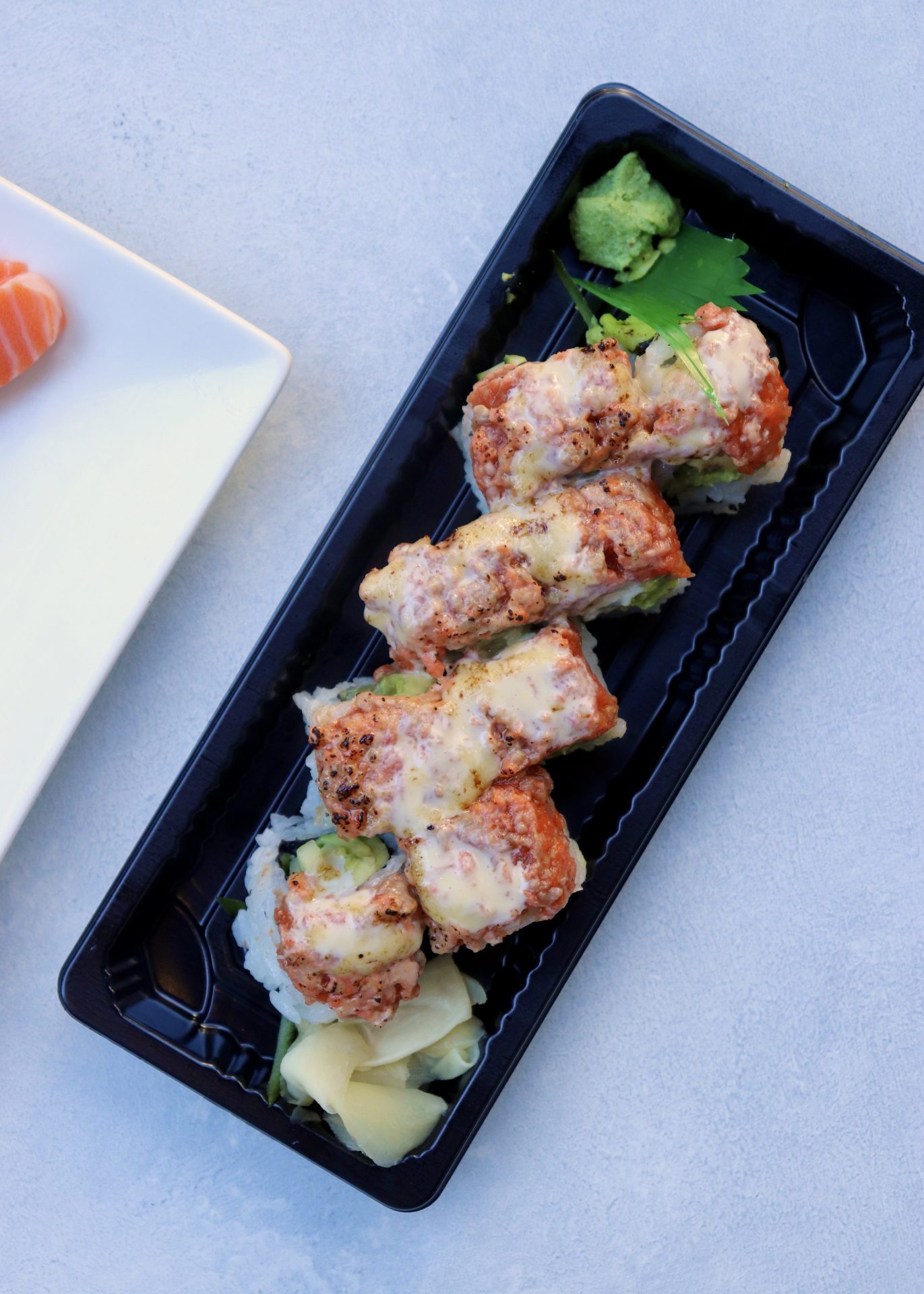