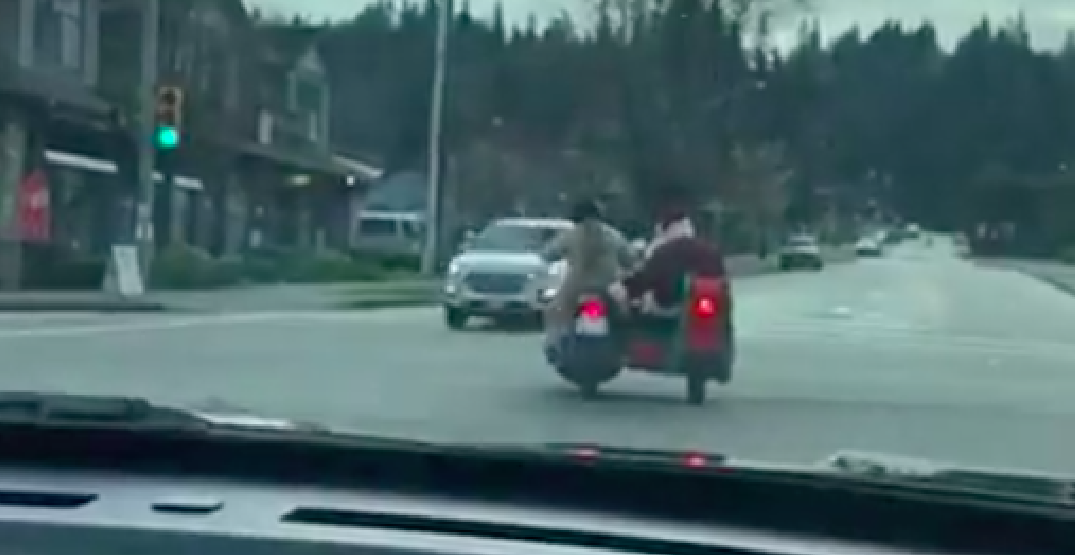 Sure, Santa may be known for “dashing through the snow,” but even the jolly ol’ elf himself is required to obey driving laws when on the roads in BC.

And if he fails to do this, he – like every other driver – runs the risk of being pulled over by police.

And that is exactly what happened in a video captured and shared by a member of Metro Vancouver Transit Police.

The dashcam video from the officer’s car shows Santa and his lead reindeer, Rudolph, not in a sleigh, but rather in a side bike, waiting to turn left at an intersection.

“Here we have Santa and his reindeer not signalling left, so we’re going to go check it,” the officer can be heard saying in the video.

Ultimately everything turns out okay, but police also tweeted for this particular Santa to be more careful, as “children around the world are depending on you.”

See the video for yourself below.

Oh no! Rudolph forgot to use his turn signal earlier today. 🤭#SoundOn pic.twitter.com/otpsS0s0TB