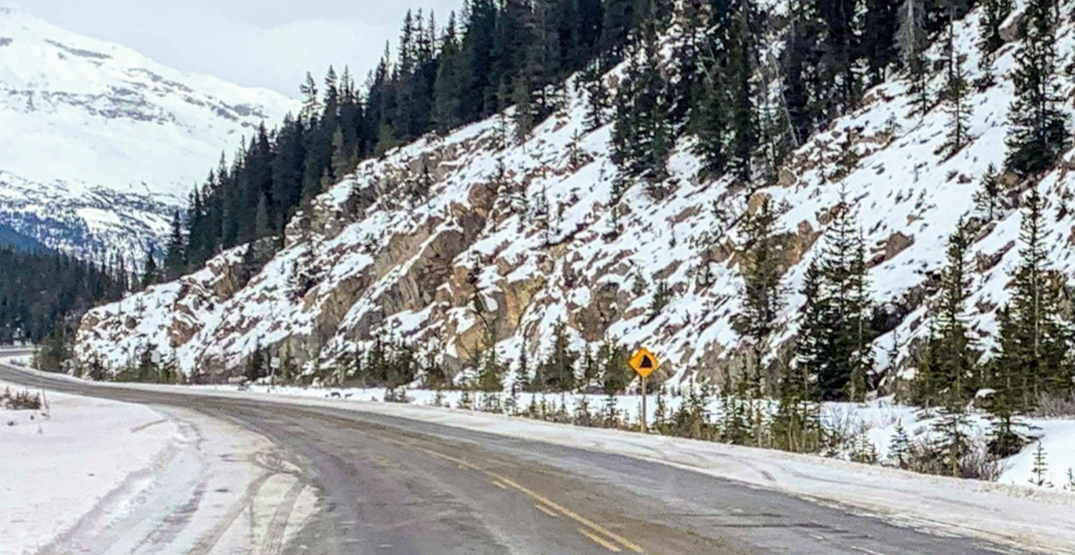 A teenage girl from BC was killed in a highway collision in Alberta on Sunday afternoon.

According to police, the incident took place at approximately 1 pm near Jasper, when officers were called to a two-vehicle collision on the Highway 16.

According to Jasper RCMP, a van with six occupants was travelling eastbound on Highway 16 when a collision occurred with a car with two occupants.

Police said early investigations have revealed that the car lost control before the collision occurred. Icy conditions were reported at the time of the incident as well.

A female youth who was travelling as a passenger in the car was pronounced dead at the scene. The adult driver was transported via STARS to an Edmonton hospital with serious life threatening injuries. The occupants of the van were cleared by medical personnel on scene and released.

Police said the occupants of both vehicles were from British Columbia.

Jasper RCMP and an RCMP collision analyst remained on scene for several hours, but the highway was later re-opened.

The investigation continues, and police said they will not be releasing the name of the deceased.