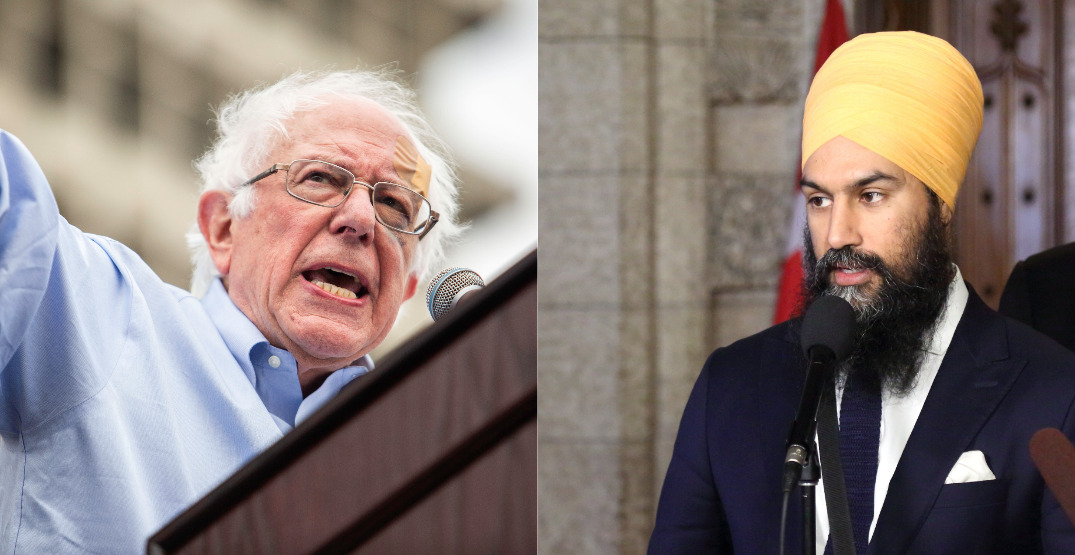 In a post on Twitter on Friday morning, Sanders called Singh a courageous leader who would “make the wealthy pay.”

The endorsement comes a day after Liberal leader Justin Trudeau received an endorsement from former US President Barack Obama.

Sanders expressed his support for the NDP party in the same tweet.

Canada goes to the polls Monday.

There’s one party that stood up for working people in the pandemic.

One leader who has the courage to make the wealthy pay their fair share so everyone gets the medication they need.

That’s why I support the @NDP and @theJagmeetSingh.

Canada votes this Monday, and Sanders said that Singh needs all the help he can get.

Singh is currently lagging in poll projections behind Trudeau’s Liberals and Erin O’Toole’s Conservatives, who are currently locked in a dead heat.

Singh responded to the endorsement on Friday afternoon.

Bernie, you have fought courageously for public health care, affordable medication, making the rich pay their fair share, and tackling the climate crisis.

Canada, better is possible. But, you have to vote for it! https://t.co/oLNqyMqNi1