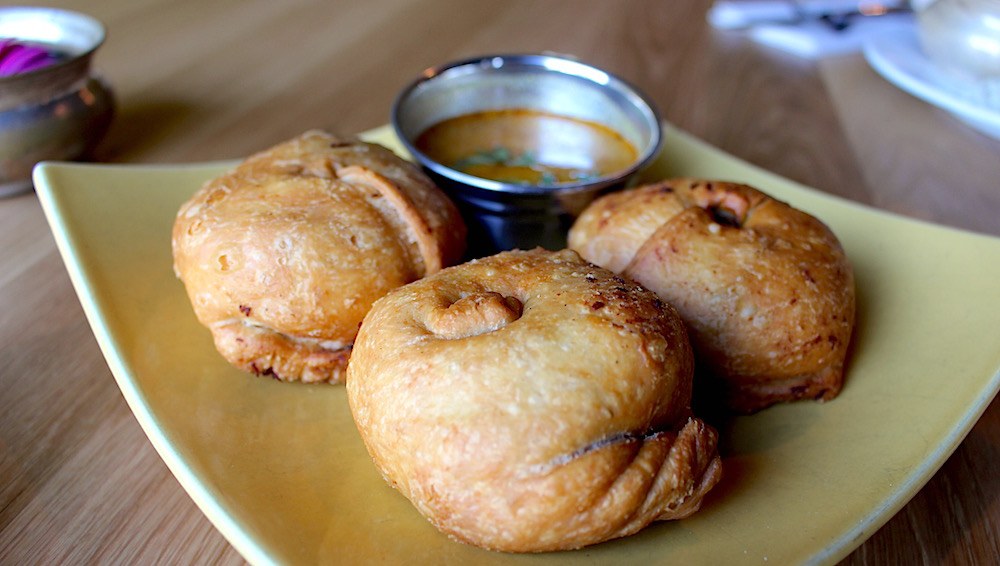 Vikram Vij is always on the move, and sometimes that means his restaurants are, too.

When his flagship Vij’s moved from South Granville to Cambie, it was just a few more months until another big shift happened, as his casual Rangoli bumped over to the vacated Vij’s on 11th.

Now that the move is complete, and the finishing touches on the updated space are underway, Rangoli is ready to rock your tastebuds day and night with its menu of approachable modern Indian classics, and keep your tummy happy well into the night with their new kick-ass late night happy hour. 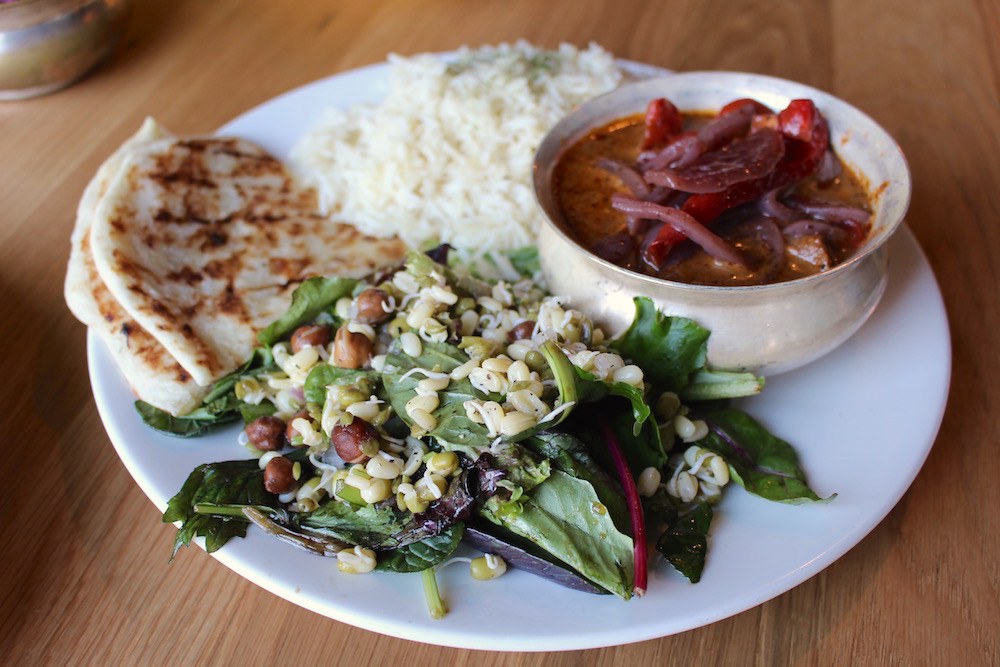 Open for lunch daily at 11 am, Rangoli also has Happy Hour every single day from 5 to 6 pm and again from 10 pm to midnight (although the kitchen closes at 11 pm on Mondays). Plus on Friday and Saturday nights you can enjoy food options until 1 am and drinks from the bar until 2 am.

Rangoli started off as a “young baby, shop next door,” concept from the original Vij’s, explains Vij during a sit-down lunchtime meet-up at the restaurant. “Rangoli has had seven nirvanas–seven lives–up to now.”

Previously, Rangoli really was the shop next door, set up as a sort of grab-and-go store vibe that Vij envisioned to companion his main restaurant. Now that they are stretched out into the former Vij’s space, the “market” aspect is gone (save for a small space where you can pick up one of Vij’s many tomes about cooking and life), and the emphasis is on giving the South Granville neighbourhood a spot for a relaxed high-quality meal and a destination for drinks and snacks well into the wee hours.

To help get Rangoli into its latest incarnation, Vij called on his main mixologist, Jay Jones, to oversee a refreshed drink menu that includes the efforts of Vij’s bartender Andrew Schneider. Grab a seat at the bar and name your spirit and see how it plays out in the Rangoli Cocktail, which has a base of Aperol, Banane de Brasil, Falernum, Lemon, and Peychauds Bitters.

The drink menu is categorized cleverly into groupings like Mortals, Gods, and Legends, each offering a home to a varying degree of familiarity and invention. Filed under “Gods” is The Destroyer, which is a smoky, blackened (with activated charcoal) Mezcal-based drink that is staggeringly well-balanced, and comes with a side of pyrotechnics–they light some star anise on fire before garnishing your glass. 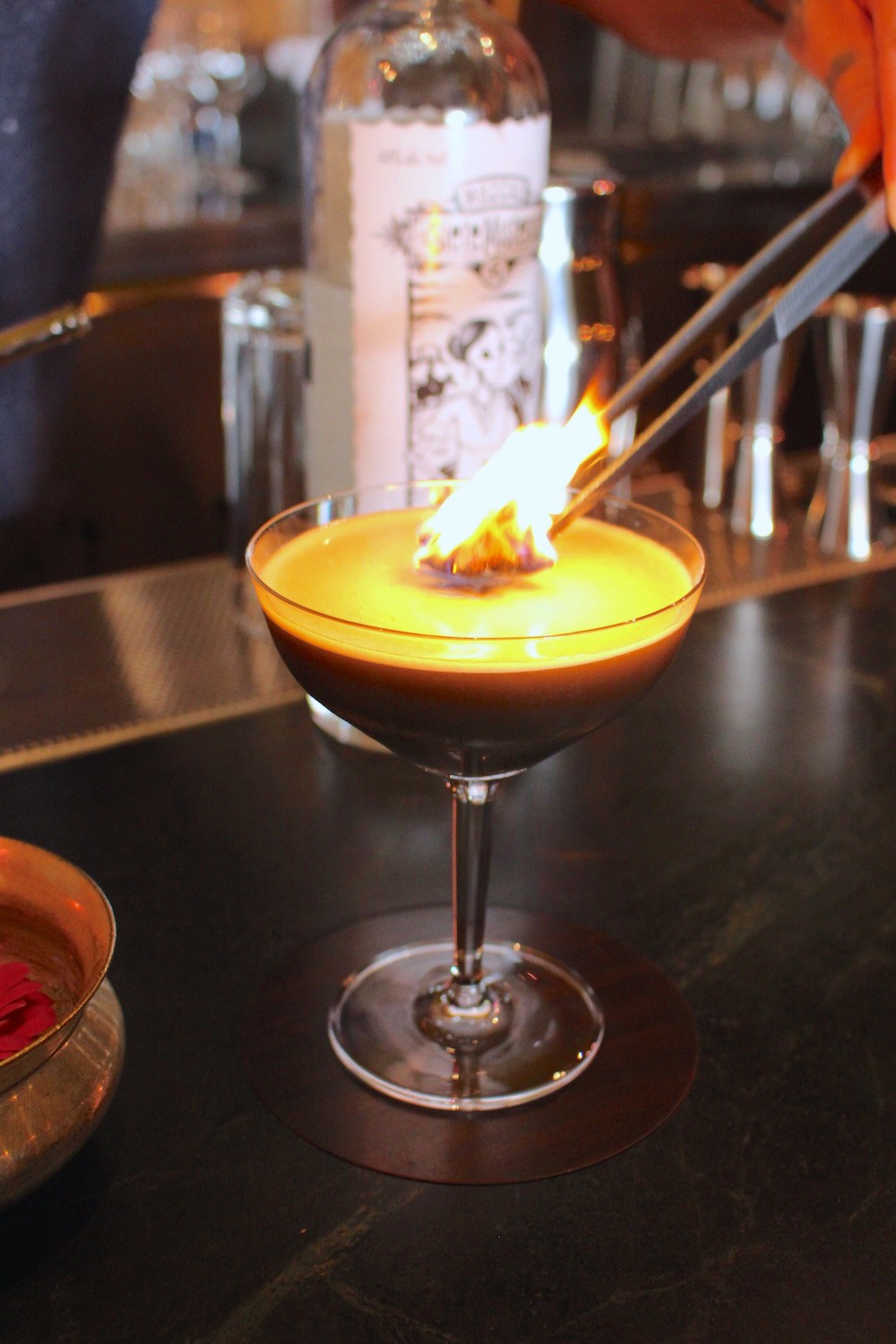 Star Wars fans will spy some Easter eggs on the menu, like the Rogue 1 (as printed, though Jones says he wanted it to be One), which is a beer-based cocktail made with Blanche de Chambly, Heering Cherry, Lemon Sherbet, Angoustoura Bitters, and a Brandied Cherry. This one is infinitely sip-able–dangerously so. It offers a light, fresh, and mildly sweet contrast to the rich flavours of the food. 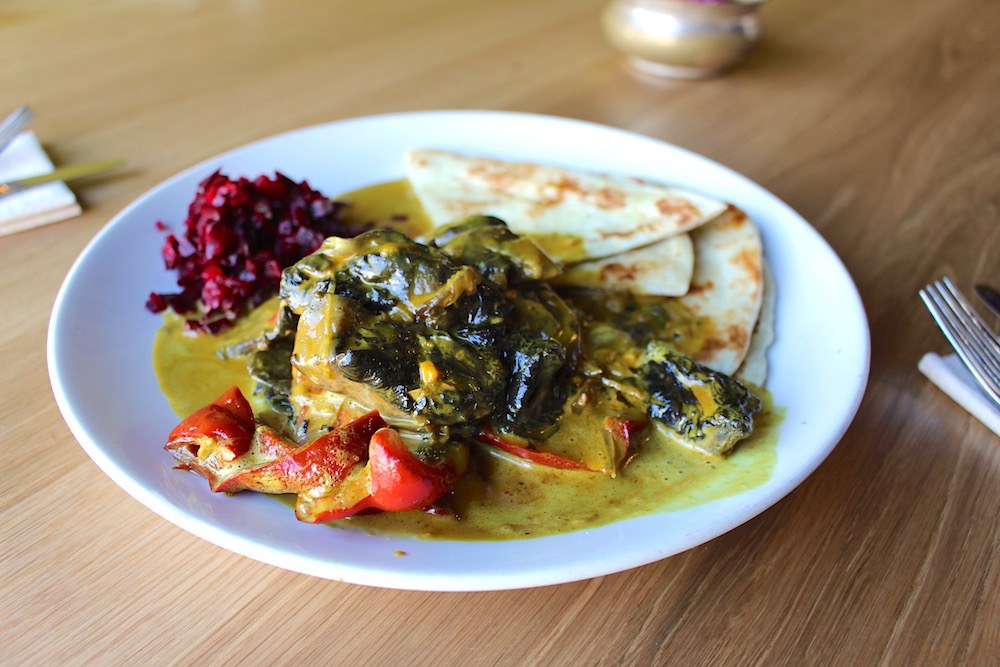 The food meshes heartier Indian fare with fresh ingredients, like the Portobello Mushroom and Red Bell Pepper Curry on Paneer, which packs a punch in the flavour department but doesn’t weigh you down. Look for bright salads on the side of your plate with dishes like the comforting Lamb in Cumin and Light Cream Curry.

Speaking of lamb, you will indeed find Vij’s famous Lamb Popsicles on the menu, alongside more (or equally) playful fare, like the Mogo Fries, which are fried Cassava root sticks loaded up like the very Canadian poutine. 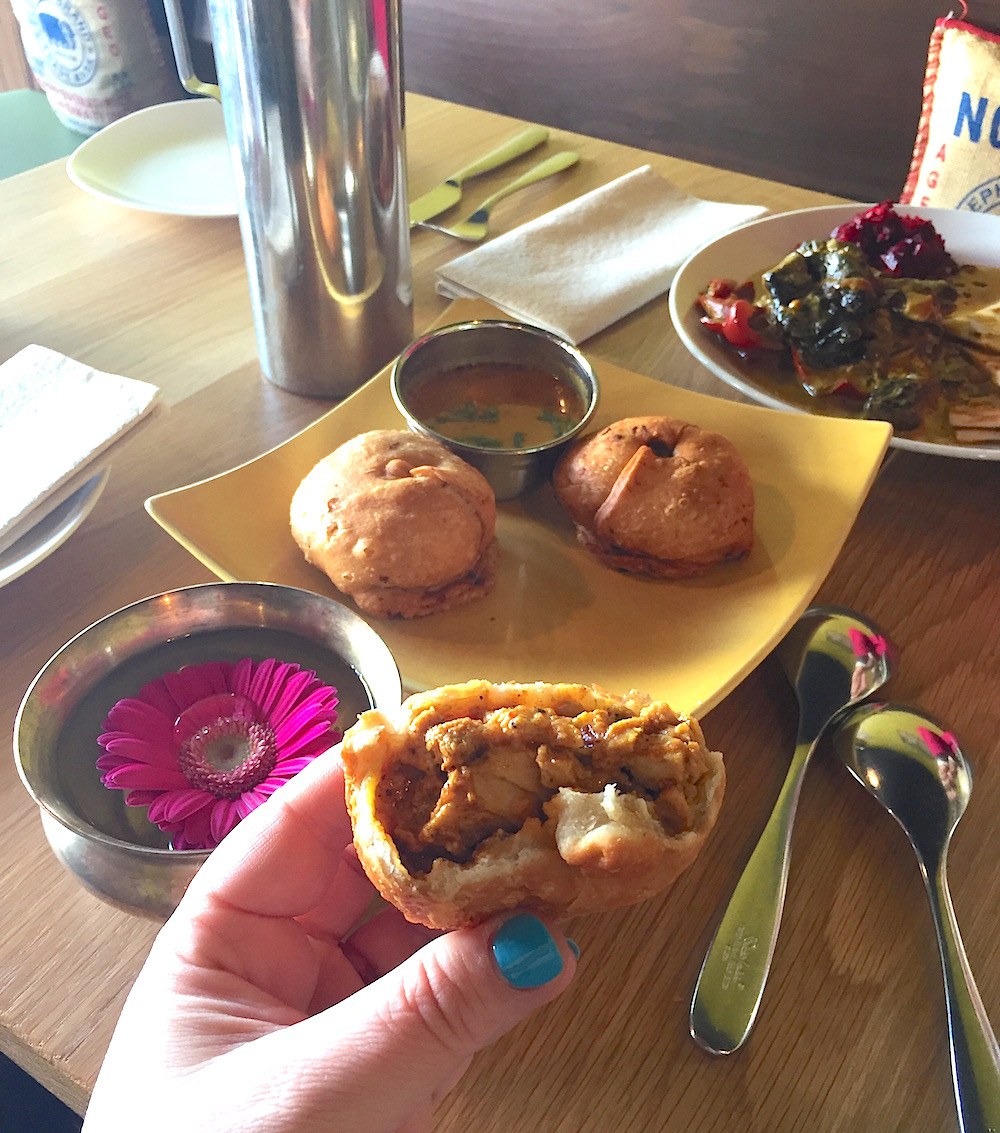 The Mogo Fries are among those dishes that give Rangoli a youthful up-all-night feel in its new home. Also in those rankings would be their samosas, available solo or in “flights”–because who wants to have just one samosa? These substantial dumplings come stuffed with an array of fillings; the round ones are meat-filled, and the vegetarian the classic triangular.

There are pakoras, skewers, and simple Pappadoms with Chutney, all perfect for sating smaller appetites or soaking up the booze from your bar order.

While much has changed about Rangoli, Vij assures that what hasn’t is that the same people are making the food, and the methods are the same–the spices are ground the same, for example. But there’s more room, literally, and the plates are truly designed to share, making going to Rangoli an expanded experience. 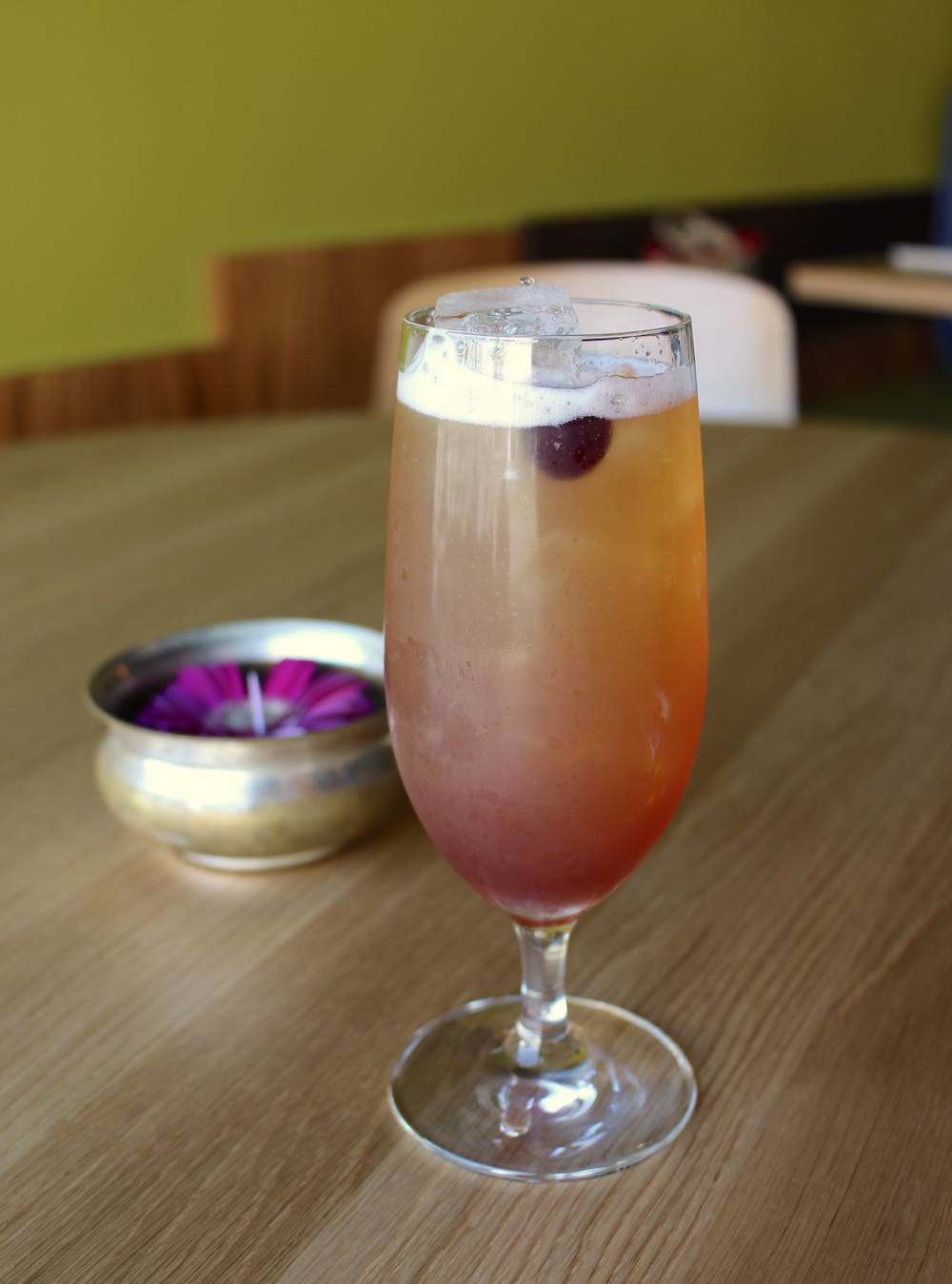 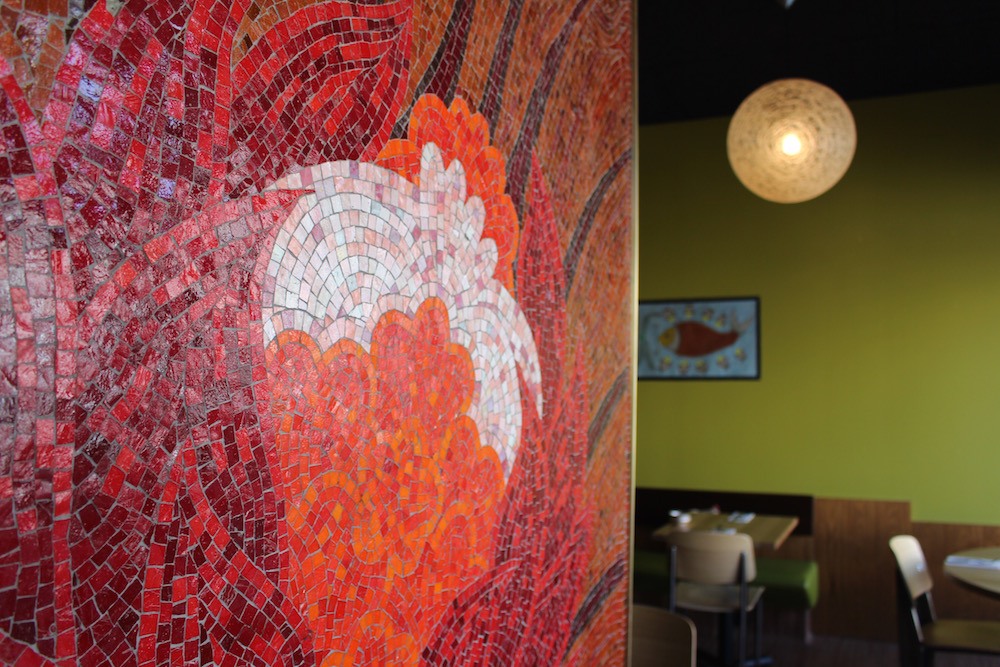 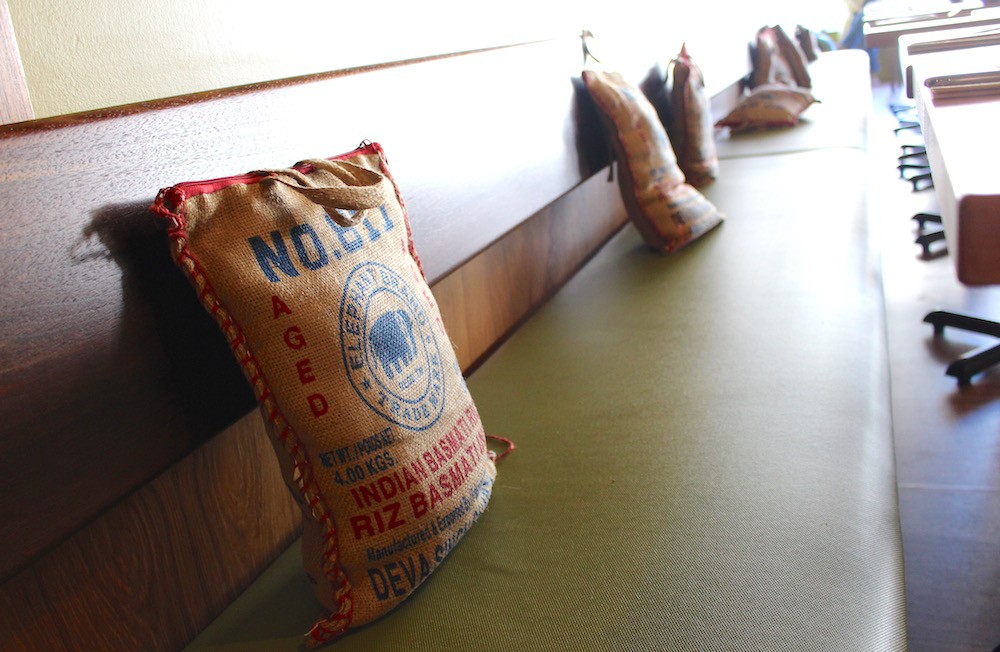