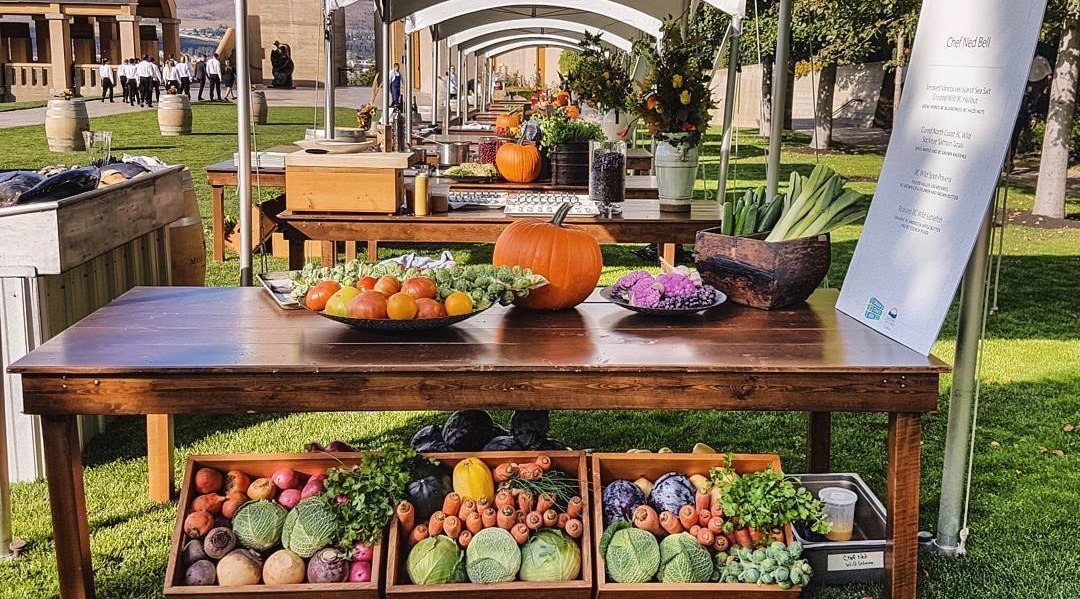 Setting up for the the Royal Visit (Mission Hill Winery/Instagram)

The Duke and Duchess of Cambridge dined at Mission Hill Winery in Kelowna on Tuesday, September 27 as part of the “Taste of BC” tour, and they were treated to a variety of dishes made with locally-grown and produced ingredients.

Will and Kate ate appetizer-sized bites from each of the acclaimed BC Chefs, who prepared dishes featuring food and wine produced in the province.

Some of these dishes included lamp popsicles, curried vegetables, cured North Coast BC wild Sockeye Salmon Tataki, and even a phallic-shaped clam. There was also a selection of Farmhouse Cheeses provided for the Royal sampling. 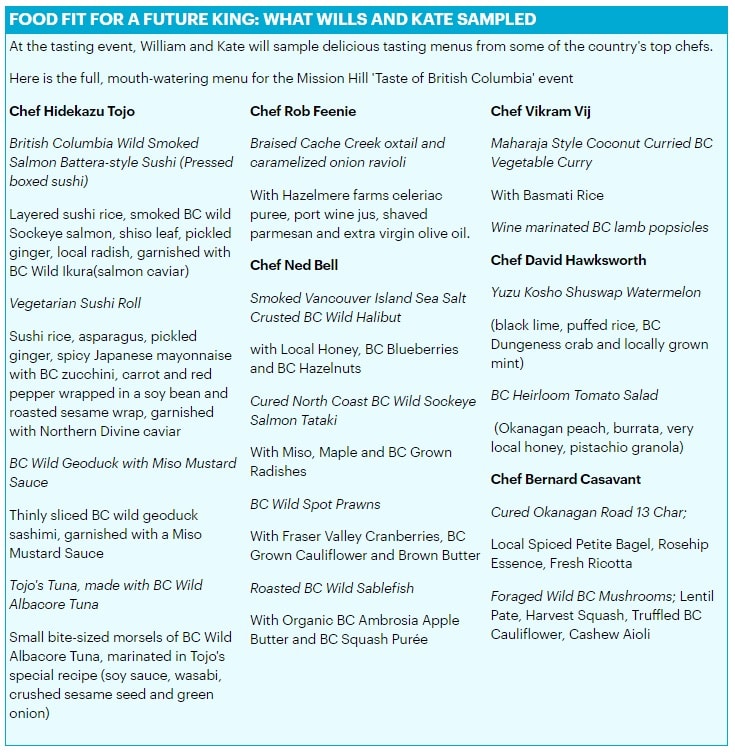 Some of the chefs took to social media to show their excitement about the event: