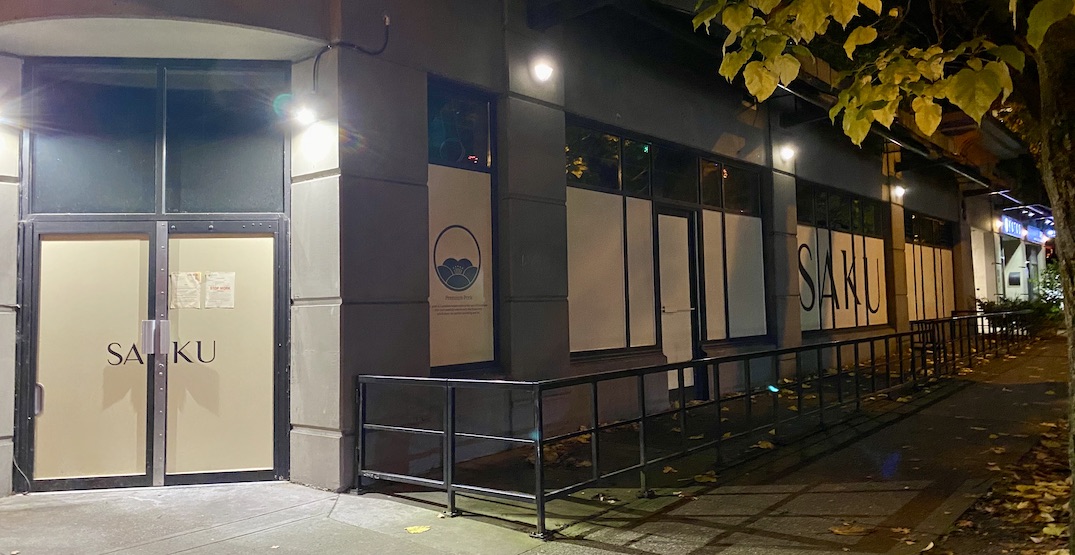 Popular Japanese tonkatsu spot Saku is planning to change things up with one of its Vancouver locations, the team confirmed to Daily Hive.

The eatery currently operates two outposts on W Broadway and in Vancouver’s West End, and the latter will be moving from 1773 Robson Street to a bigger location just two blocks away at 1588 Robson Street.

The new address was formerly occupied by Louisiana-style seafood spot The Holy Crab, which shuttered permanently in the spring.

While they couldn’t provide any details just yet, the Saku team told Daily Hive patrons can expect an upgraded concept and space that will be different from its existing Robson location.

We’ll keep you posted on dates and details once they are released.