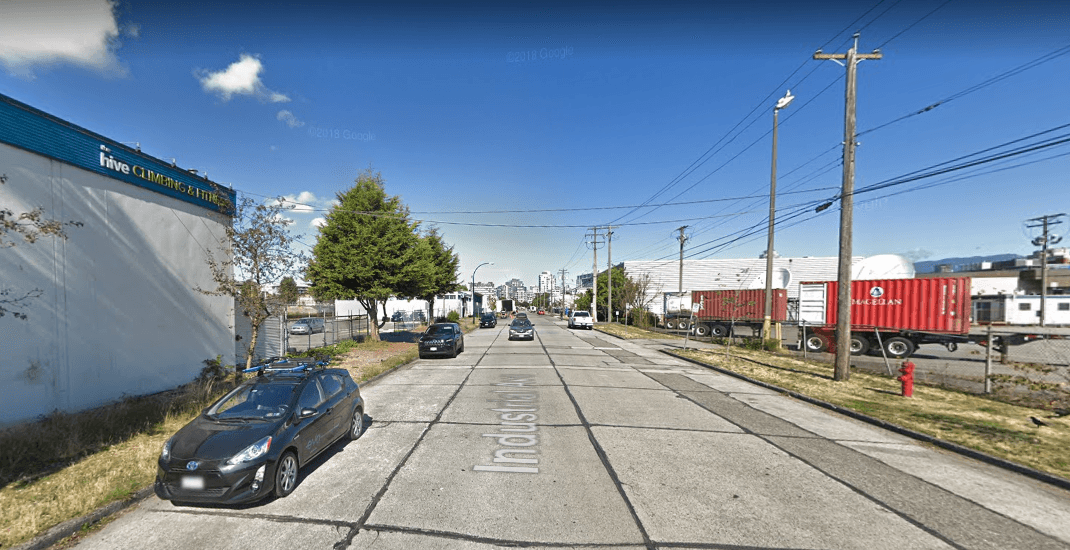 Some businesses along Vancouver’s Industrial Avenue are upping their safety protocols after receiving reports of harassment against women and security concerns in the area.

“If you walk to and from the daycare with your dog down Industrial, we ask that you please be aware of your surroundings and call 911 should you feel unsafe or witness anyone being harassed,” reads the post.

The Hive Bouldering Gym shared a similar post, stating that it had received two “successive reports of harassment.”

“Specifically, this has been towards women heading to or from The Hive, walking alone on Industrial Ave. We are working to increase awareness and education while speaking with our neighbours to come up with a strategy to reduce risk to those travelling down our street.”

The gym encourages climbers to “stay aware in the neighbourhood” and “travel in groups of three or more when possible.”

When asked about safety concerns along Industrial Avenue, Cst. Steve Addison with the VPD said that “public safety is the Vancouver Police Department’s number one priority, and it’s unfortunate that people had been made to feel unsafe in this neighbourhood.”

Addison says that the VPD “is aware of the concerns” and is encouraging “anyone who witnesses a crime, sees suspicious behaviour, or is made to feel unsafe to call police immediately so officers can respond and investigate.”

Daily Hive has reached out to Canine Adventure Den 24 Hour Daycare and The Hive Bouldering Gym for further comment.