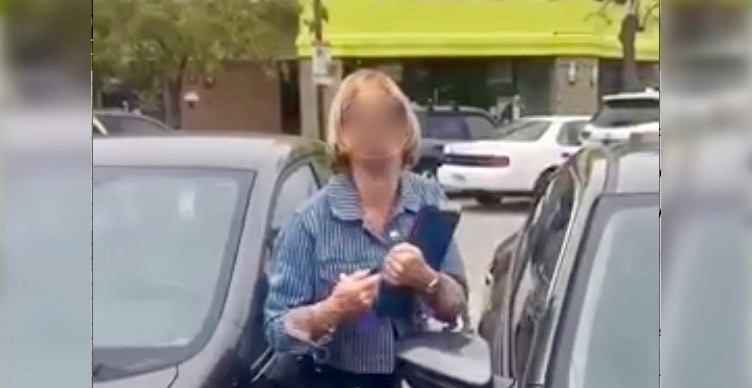 RCMP in Richmond, BC, have now launched an official investigation into a racist rant captured on camera — and are looking for witnesses to come forward.

It happened Friday afternoon in the parking lot of a local shopping centre — and Mounties tell Daily Hive officers have made contact with the woman seen hurling racial slurs.

Richmond RCMP tells Daily Hive it initiated an investigation after being made aware of the video on Friday, but it wasn’t until late last night that a complainant came forward to speak to investigators.

The woman in the video has been identified and “officers have met with her as well,” Insp. Sunny Parmar said.

“We’ve got one side of [the story],” he said, adding that it’s hoped the media and social media attention will help fill in the blanks of the altercation.

“I’m hoping with the interest in this we’ll have other witnesses coming forward for a more complete picture of what happened,” he said.

In the 15-second clip, taken Friday, a middle-aged white woman walking between two cars unleashes a racist rant, saying: “We don’t want you here ’cause you can’t drive.”