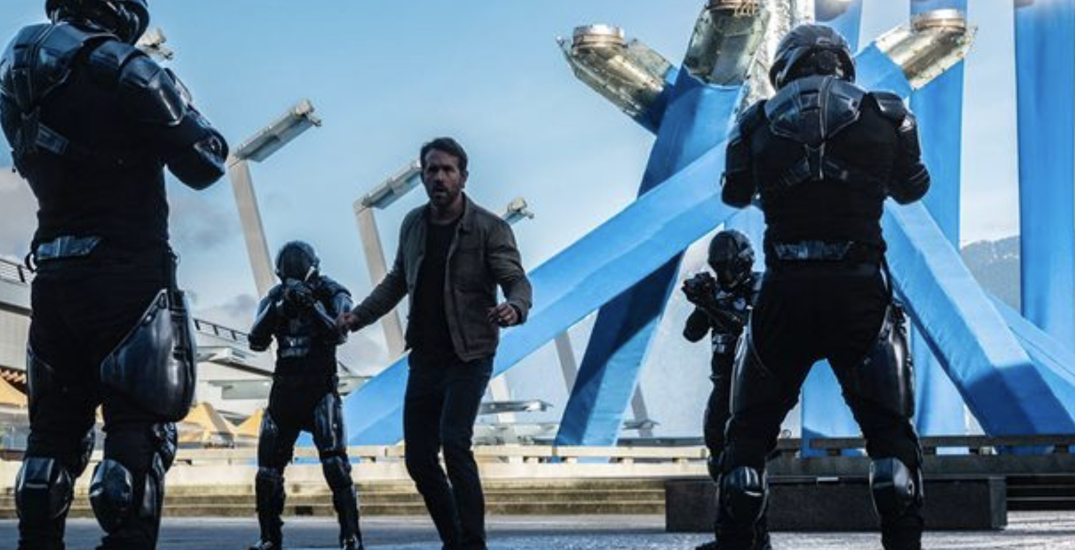 Ryan Reynolds has shared several snaps of the new movie he’s been filming in Vancouver.

The actor posted some action shots on social media of himself and co-star Mark Ruffalo as the pair film The Adam Project across the city.

According to Creative BC, production of the Netflix film began last November and is scheduled to wrap in early March.

The Adam Project, which also stars Zoe Saldana and Jennifer Garner, is about a man who must travel back in time to get help from his 13-year-old self. The movie is being directed by Stranger Things producer Shawn Levy.

Filming has taken place across Vancouver in recent weeks.

Reynolds was spotted shooting around the University of British Columbia campus on January 14, and several areas at Jack Pool Plaza, including the Olympic Cauldron, and the Vancouver Convention Centre were draped in blue as production took over the area on January 18.