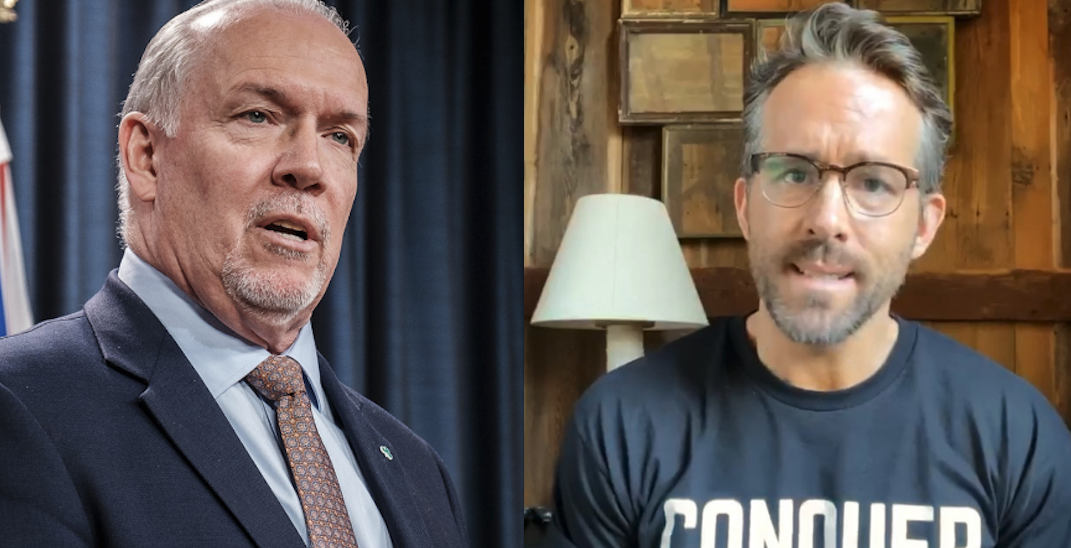 After BC Premier John Horgan publicly asked “Deadpool,” aka Vancouver-born Ryan Reynolds this week for help in passing COVID-19 safety information to young people, the actor responded to Horgan’s request on Friday morning.

“We need young people to understand that now is not the time to go to large parties.@VancityReynolds & @Sethrogen– please help spread the message to stop the spread of #COVID19,” Horgan tweeted.

In response, Reynolds tweeted at the premier that he “called your office. Left a message.” What followed was a “voice mail” message left by Reynolds:

In the past weeks, BC health officials have addressed the issue of younger British Columbians having large indoor gatherings and parties, which they attribute to an uptick of COVID-19 cases in the province.

Earlier this month, Provincial Health Officer Dr. Bonnie Henry said, “Overlapping social circles where private parties [have occurred] over the period of the past few weeks have led to people passing it to their friends and family.”

“There is a host of other options available and we’re working as hard as we can to enlist a number of prominent British Columbians and prominent Canadians to help get that message through to the demographic that clearly isn’t hearing our message,” continued Horgan.