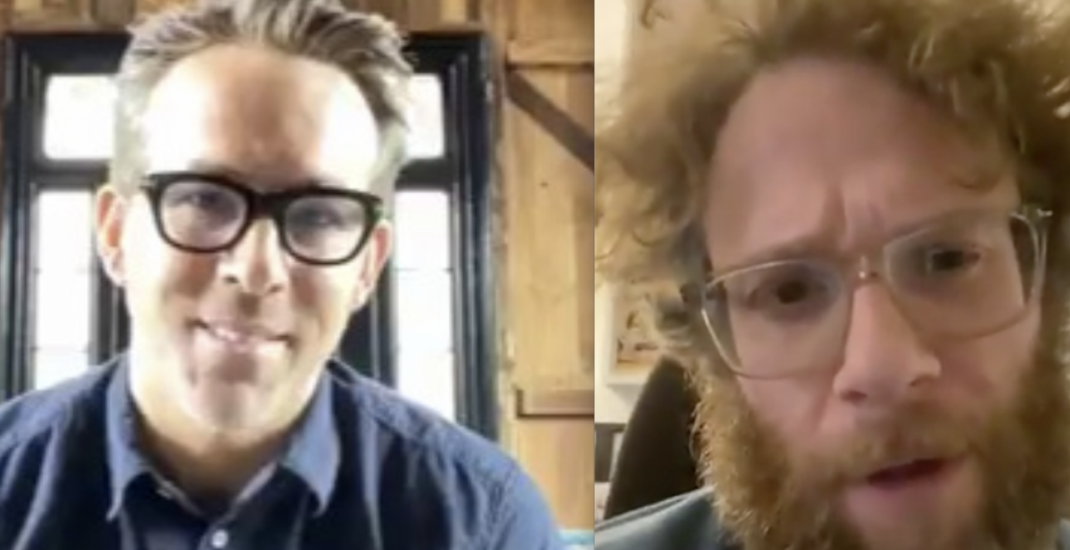 Premier John Horgan is hoping to enlist the star power of local celebrities Ryan Reynolds and Seth Rogen to get the message across to young British Columbians about the importance of following COVID-19 health and safety protocols.

In a press conference Wednesday afternoon, the premier was asked a question about the province’s plan to enlist social media influencers in a social media campaign addressing COVID-19 safety targeting young people.

Horgan said he has been talking with Health Minister Adrian Dix about the “importance of making sure that younger demographics are hearing the message.”

He went on to directly call out “Deadpool,” aka Vancouver-born Ryan Reynolds, for some assistance.

“This is a callout to Deadpool right now. Ryan we need your help up here. Get in touch with us. My number is on the internet,” said the premier.

“Seth Rogen another outstanding British Columbian, we need to communicate with people who aren’t hearing us. The two of you alone could help us in that regard,” said Horgan.

In the past weeks, BC health officials have addressed the issue of younger British Columbians having large indoor gatherings and parties, which they attribute to an uptick of COVID-19 cases in the province.

Earlier this month, Provincial Health Officer Dr. Bonnie Henry said, “Overlapping social circles where private parties [have occurred] over the period of the past few weeks have led to people passing it to their friends and family.”

“There is a host of other options available and we’re working as hard as we can to enlist a number of prominent British Columbians and prominent Canadians to help get that message through to the demographic that clearly isn’t hearing our message,” continued Horgan.