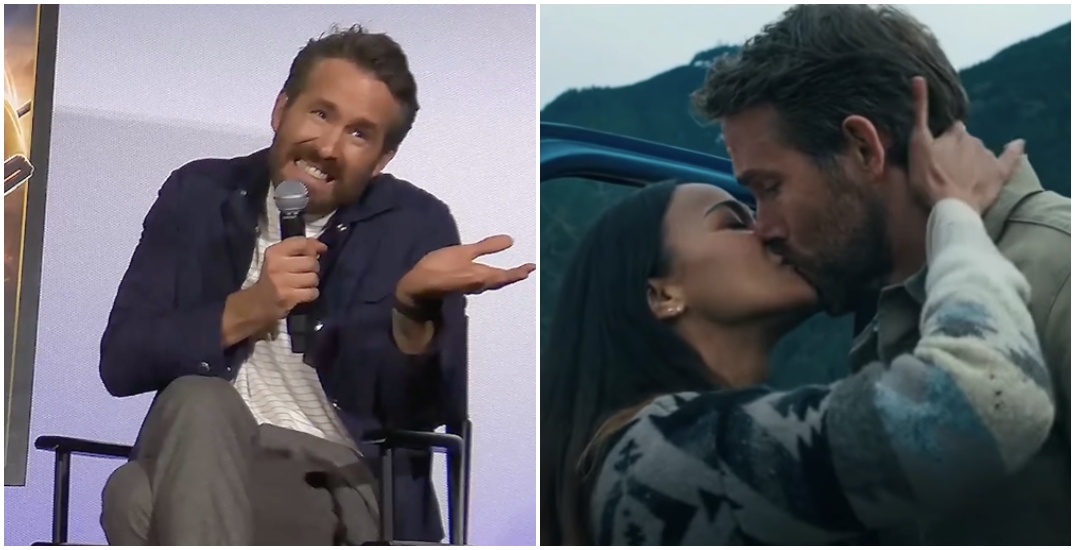 Look kid, it’s a valid question. In today’s CGI world where you can make anything on-screen look real, why not use special effects for two adults to kiss?

During a Q&A while promoting his new Netflix film, The Adam Project, Ryan Reynolds took questions from fans, one of which was a young boy asking if his kiss with co-star Zoe Saldana was real.

“In the scene where you were uh… kissing the girl,” asked the boy, “was that real?”

“No!” responded Reynolds to the audience’s laughter.

After someone else made a joke that Reynold’s wife, Blake Lively, can “throw her voice well,” the 45-year-old Vancouverite struggled, asking, “How do I answer this?”

The actor admitted he even has trouble explaining onscreen kisses to his daughters, who often question what mom and dad do for work.

“This is the thing. I don’t know how to explain this to my own kids, but they watch this and are like, ‘Daddy, what are you doing?'” he continued. “It’s like exactly the tactic I would use on them, not anger, but just disappointment. Yeah, great question though — the exit’s that way.”

Netflix’s The Adam Project follows Adam Reed (Reynolds), a time-travelling pilot who teams up with a younger version of himself to save the future as sparks fly between the older Adam and his friend Laura (played by Zoe Saldana).

Throughout the film, Reynolds and Saldana share a few steamy kisses, which kids are clearly NOT oblivious to.