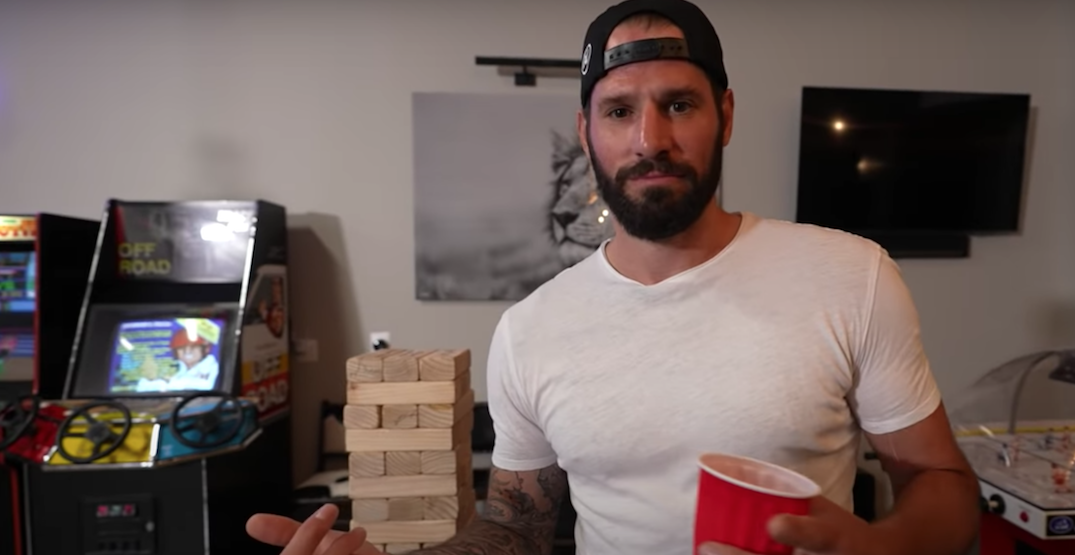 Ryan Kesler made more than $70 million during his 15-year NHL career.

Turns out, that kind of money can buy a really nice house.

Kesler has a new show produced by Sportsnet called Kes’ House, in which the former Vancouver Canucks and Anaheim Ducks star hosts athletes and celebrities at his home in Michigan.

Kes’ House, which is viewable through Sportsnet’s YouTube channel, showcases Kesler’s lakefront property and is a sports fan’s dream. Kesler has an indoor basketball court, a RapidShot hockey training system, a video game room, a gym, and even his own movie theatre.

Outside, Kesler has a pool and a par-three golf hole, to go with boats on his private dock. The 36-year-old even has his own party bus, which he called his “best purchase,” and a garage bar outfitted with more games.