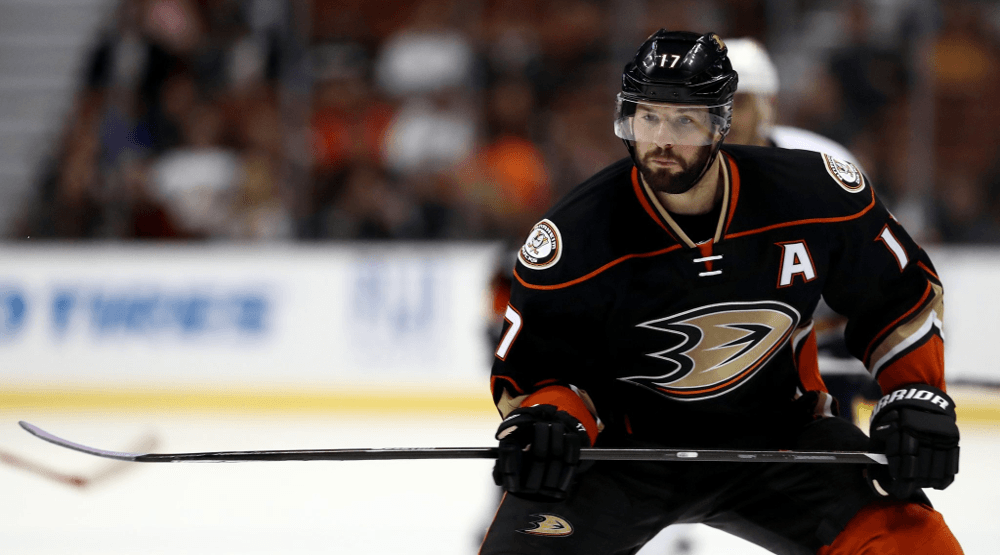 Look, I want to put a giant caveat before I even dive into this topic.

If you’re a Canucks fan, and you hate the way Ryan Kesler left town, and now really dislike him as a player, I totally understand that. If you wish him nothing but losing hockey games and stepping on pieces of lego with his bare feet for the rest of his life, I get it. He is not an easy player to like unless he’s on your team (and in some cases, even if he is).

Many fans will see similarities between his 2017 playoff run with the Ducks and his 2011 run with the Canucks. Sure, he might not be scoring as much (he only has one goal in the playoffs so far), and he might not be able to take over games single-handedly like he once did. But man alive is he making life a living hell for his opposition out there. Ask Connor McDavid. Or, Ryan Johansen…

“He just blows my mind,” Johansen said after his team lost to Kesler and the Ducks on Sunday. “I don’t know what’s going through his head out there. His family and friends watching him play, I don’t know how you can cheer for a guy like that. It just doesn’t make sense how he plays the game.

“I’m just trying to go out there and play hockey and it sucks when you have to pull a stick out of your groin every shift.”

In a league that fears “bulletin board material” more than TV spoilers, Johansen simply couldn’t help himself. He had to call Kesler out. He was so mad at him, he questioned how his family could watch him play hockey.

That’s the equivalent of asking somebody if they think their mom would be proud of them for the way they’re acting.

“He’s a skilled player and I play the game hard. Obviously he doesn’t like that,” Kesler said during a post-game TV interview, in the most Keslerian way possible.

It’s amazing that Kesler broke a man two games into a series to the point that he is calling him out in the media. That is classic Ryan Kesler, the kind of Kesler that makes fans just absolutely hate him.

And to be fair, he earned every second of that call-out.

Kesler relishes this, and clearly got under Johansen's skin, which means he's doing his job. Buckle up, #NSHvsANA is going to be a doozy. pic.twitter.com/y4Ld2hug25

Now I’m not going to play up the attempted elbow to the head as awesome or anything of the kind. I will say that from a visual, raw, “we want to win at all costs” standpoint, Vancouver saw the Bruins do the same sort of stuff to them in 2011. It was a style that broke the Canucks and helped them win the Stanley Cup.

So you can see why Kesler is going all out doing everything he can to make life a living hell for his opponents, even if it means crossing the line. The Ducks are an aging team, and the 32-year-old saw firsthand how quickly you can fall from grace. Above all else, he’ll do anything it takes to win, especially with a closing window.

This is why the American Olympian said he hated Canada in 2010, while playing for a Canadian NHL club. This is why he said his favourite goal in Rogers Arena was his first as a Duck. This is why his stick has a homing lock on genitals. Kesler wants to win at any cost, regardless of what people think of him. This is why he is always chirping the other team out there. If it can possibly give him an edge, he is going to do it. If this was Game of Thrones, he’d be Tywin Lannister, doing anything it takes to win, even if it meant setting up a Red Wedding or two. A Kesler always pays his debts.

Is it hard for some to respect that style of play? Of course it is.

In a perfect world, the honourable Sedin Twins would have five Cups by now, and would be recognized as the god damn top level gentleman they are. But in the NHL Playoffs, where referee whistles tend to disappear quicker than sunshine in May, that style continues to be sought after.

How effective is up for debate, of course.

As Scott Cullen pointed out, Johansen has 75% of head-to-head shot attempts between the two. But this comes down to how much you value injuries, and the mental side of the game.

Will Kesler “get inside” Johansen’s head? Will Johansen’s game change as a result? Will the physical pain that Kesler brings wear Johansen down? Over the course of a potential seven-game series, will Kesler drive Johansen to retaliate or take a bad penalty at a key moment in a game?

It’s also important to remember Kesler isn’t just about getting an edge through the dark side of the game. He will work on any part of his game that he can in order to have a better chance to win. Case in point, there was a time when Kesler was laughed at for his wrist shot. “Couldn’t break a pane of glass!” people giggled. He would skate so fast and work so hard on a shift, just to throw a muffin at the goalie. Chris Tanev would remark at how fast his shot looked, but that was about it.

Then Livonia, Michigan native went away for a summer and worked on his wrister. He shot puck after puck against his garage. All summer long he did this. And he came back with a much better shot the next season. He became a second line centre for the Canucks, a shutdown, offensive centre, that was a centrepiece of the 2011 team.

A guy that many thought would peak as a third line centre exceeded expectations. Hell, he even put up 41 goals once.

And if you ask many in Vancouver, they would love to have a player like that back on their team. It’s hard to forget the Nashville series from 2011 where Kesler put the team on his back and willed them to victory.

It’s impossible to forget how Kesler broke his body in the series against San Jose, yet hobbled back onto the ice in time to score the tying goal late Game 5, a game that eventually sent them to the Stanley Cup Final.

You can remember clear as day, Kesler working his ass off to set up Raffi Torres’ late goal to give the Canucks a 1-0 series lead in the Finals.

And it’s hard to forget the image of Ryan Kesler after the Game 7 loss to the Bruins. 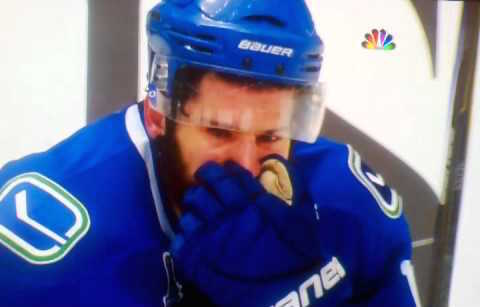 To many that hate Kesler’s style of play, that picture right there is sweet sweet karmic schadenfreude. Tape it on your cubicles, and drink it in, man. To me, it shows that at the end of the day, how much pressure he puts on himself to win, and how badly he wants it. And much like the game of Survivor, I begrudgingly respect his drive and willingness to try and do anything to win the Stanley Cup.

If anything, it makes the playoffs a hell of a lot more fun to watch. Every playoff series needs a good villain, after all.