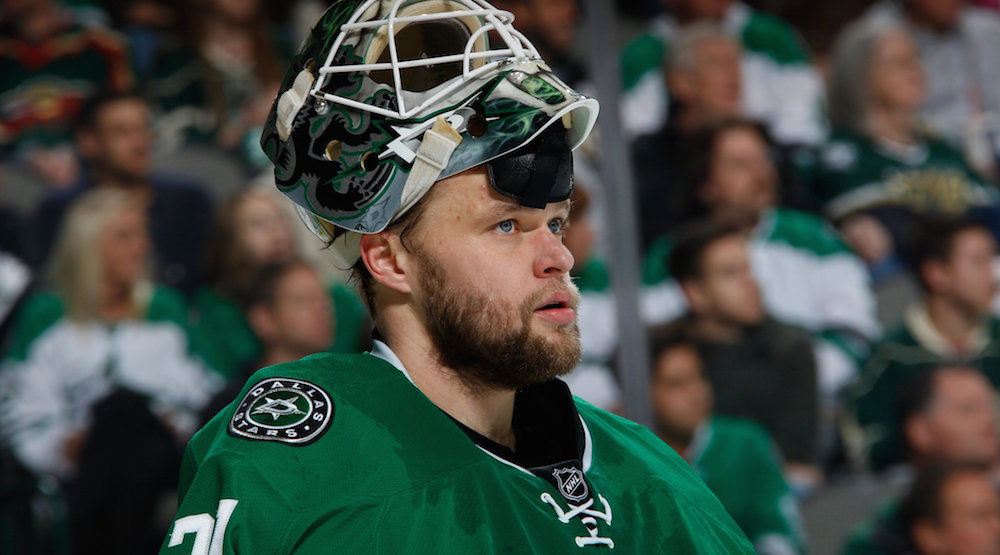 The Dallas Stars appear to have solidified their goaltending on Friday, signing Ben Bishop to a six-year, $29.5 million contract extension after acquiring him from the LA Kings on Tuesday.

The move was a vital one for the Stars, who have had major issues in goal for some time now.

Dallas spent big money on not one, but two Finnish goaltenders, with the idea that one of them would rise to the occasion. Despite a combined cap hit over $10 million, the plan blew up in GM Jim Nill’s face.

Both Kari Lehtonen and Antti Niemi have been awful for the Stars, particularly last season when they had a .902 and .892 save percentage, respectfully.

If the Bishop deal gets done, the Stars will have to make some decisions regarding Kari Lehtonen and Antti Niemi. https://t.co/Kua9LYw1u0

With Bishop in the fold, Dallas would likely want to rid themselves of both Lehtonen and Niemi, but finding a trading partner might prove difficult. Despite having just one year left on their respective contracts, a trade involving either goaltender would require concessions to be made by Dallas.

This is where an opportunity could arise for the Canucks.

With Jacob Markstrom poised to take over the starting job and Ryan Miller heading into unrestricted free agency, Vancouver needs to sign a goalie. Thatcher Demko is potentially a year away from being ready for the NHL, so they won’t want to make a long term commitment.

The Canucks could take Lehtonen, or more likely Niemi, off Dallas’ hands if the Stars were also willing to part with an additional asset (ie. a prospect or draft pick). Such a move would preclude the Canucks from making a splash in free agency, which is likely a good thing.

A quick scan of the available UFAs reveals a list of older players that a rebuilding team like the Canucks should stay clear of. The organization simply can’t tie themselves to another Loui Eriksson type of contract.

Niemi is getting up in age, and will turn 34 before next season. He’s two years removed from a decent season in San Jose, where he posted a .914 save percentage.

Is he as bad as he’s looked in Dallas, or is he a function of a defensively loose team in front of him?

Good question, but for the Canucks, the answer isn’t all that important.

If they’re serious about giving Markstrom a shot at the starter’s job, a veteran backup goalie is all they need.

And if they can add a good young player to the fold? Even better.