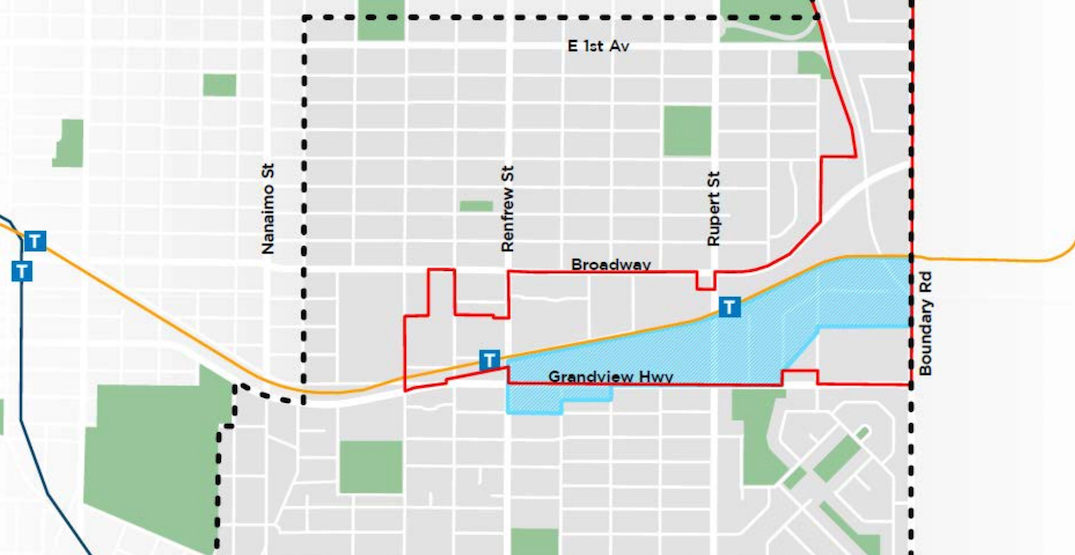 Boundaries of the planning area for the Rupert and Renfrew Station Area Plan. (City of Vancouver)

More housing and employment uses will be added to the areas surrounding SkyTrain’s Renfrew Station and Rupert Station within a portion of the East Vancouver neighbourhoods of Renfrew-Collingwood and Hastings-Sunrise.

Earlier this week, with little disagreement and debate, Vancouver City Council unanimously approved the process and framework towards creating the Rupert and Renfrew Station Area Plan. All 10 city councillors approved the planning process, with Mayor Kennedy Stewart absent from the vote.

The planning process is similar to the previous processes that led to neighbourhood and district plans such as the West End Plan, Cambie Corridor Plan, Grandview-Woodland Plan, and the upcoming Broadway Plan, which will be finalized by City Council over the coming months.

Rupert and Renfrew Station Area Plan’s land area will span several hundred acres, including about 500 acres already designated for residential uses (mainly single-family detached), and the industrial and employment lands that immediately surround both SkyTrain stations. The area for planning is framed by Nanaimo Street to the west, 1st Avenue to the north, Boundary Road to the east, and 22nd Avenue to the south. 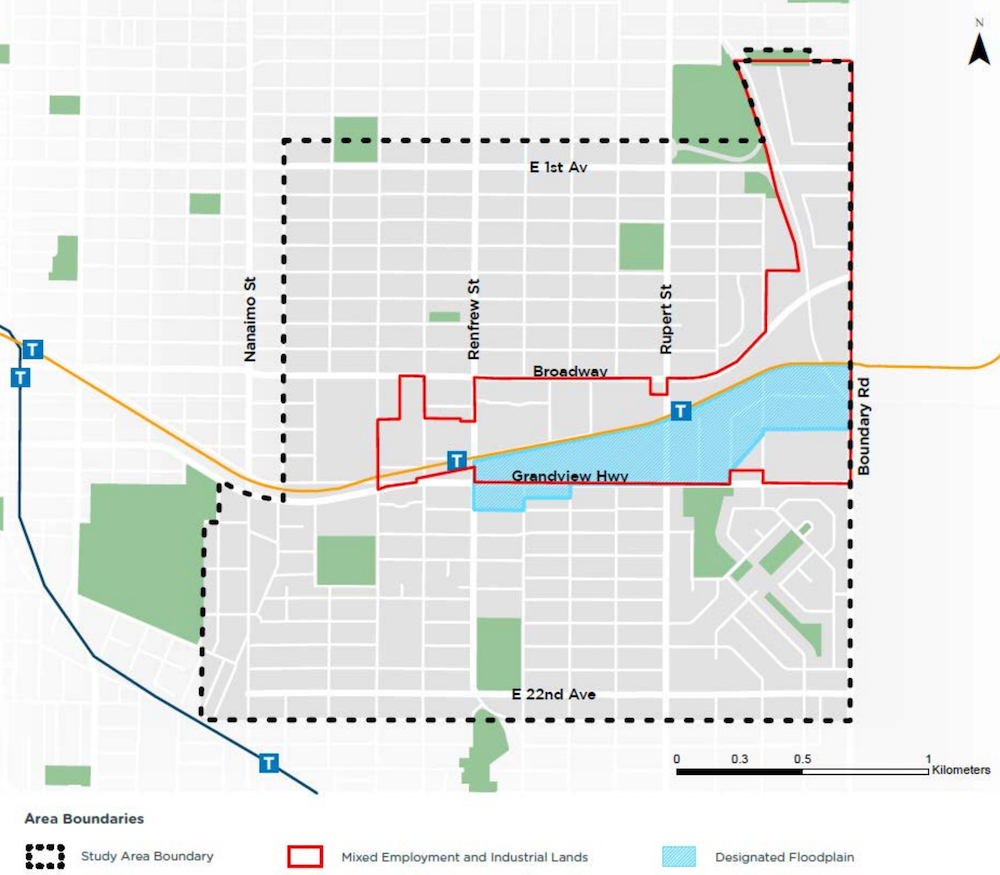 Boundaries of the planning area for the Rupert and Renfrew Station Area Plan. (City of Vancouver) 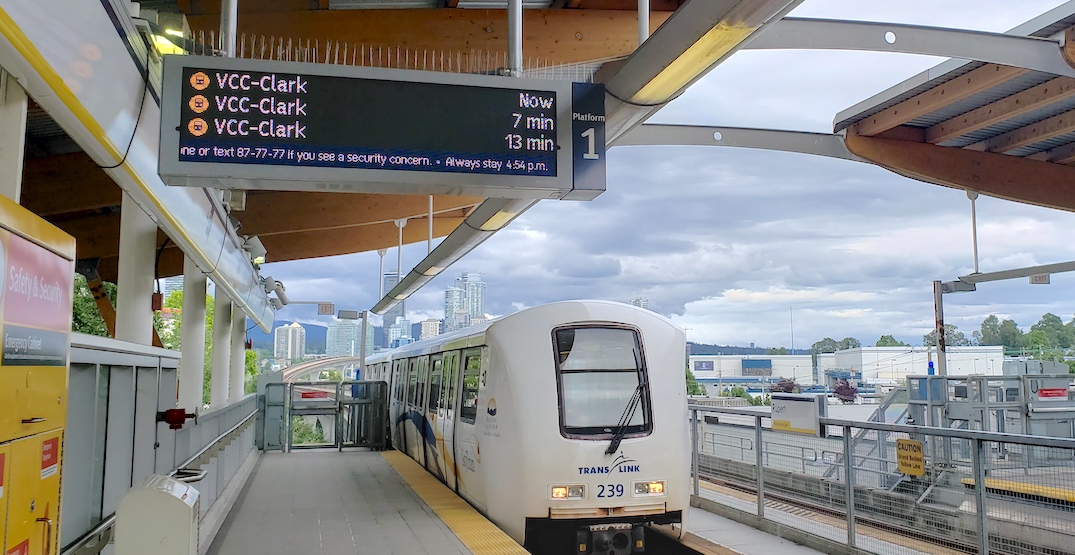 City Council’s now-approved framework for the planning process also includes an interim rezoning policy, which temporarily bans some types of rezoning applications during the years-long planning process, while allowing some types specifically 100% social housing and 100% employment use projects.

As well, the planning process will identify both interim and long-term implementation considerations and strategies for managing the flood risk of the large Still Creek floodplain, which spans the areas next to the SkyTrain stations, and accounts for much of the existing industrial and employment lands in the area.

The CN railway also runs parallel to the SkyTrain route through the area.

“Generally, the employment lands are not as well suited to residential use given challenges with noise, air quality, compatibility with industrial activity, their location within the Still Creek floodplain, limited proximity to amenities and other factors,” reads a City staff report.

The planning process was triggered by a number of factors, particularly an “enhanced” rezoning application in 2021 by Aquilini Development and the First Nations-owned MST Development Corporation for 3200 East Broadway and 2625 Rupert Street — the 10-acre warehouse site previously used as a BC Liquor distribution facility. The proponents for the redevelopment are planning a mix of residential, light industrial, and commercial uses.

In its Metro 2050 draft plan, the regional district has already indicated that it would consider allowing mixed-use densities for industrial lands immediately next to SkyTrain stations, provided that the redevelopments offer a combination of residential uses above industrial and commercial uses. With a severe regional shortage of industrial space, these areas are not expected to lose their primary designation for employment uses. 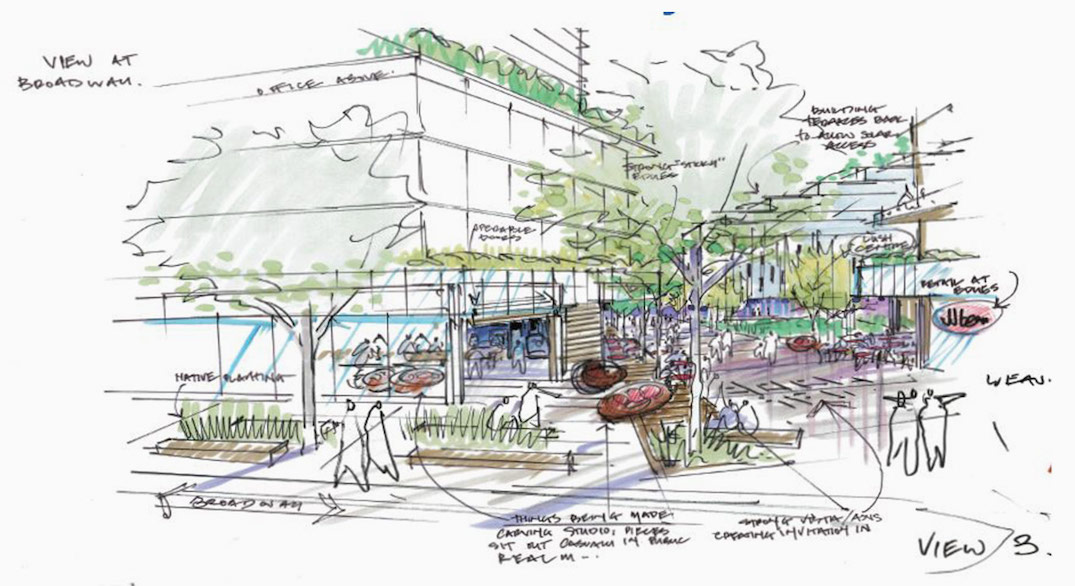 Conceptual sketch of the redevelopment of the former BC Liquor Distribution Branch Warehouse at 3200 East Broadway, Vancouver. (Aquilini Development) 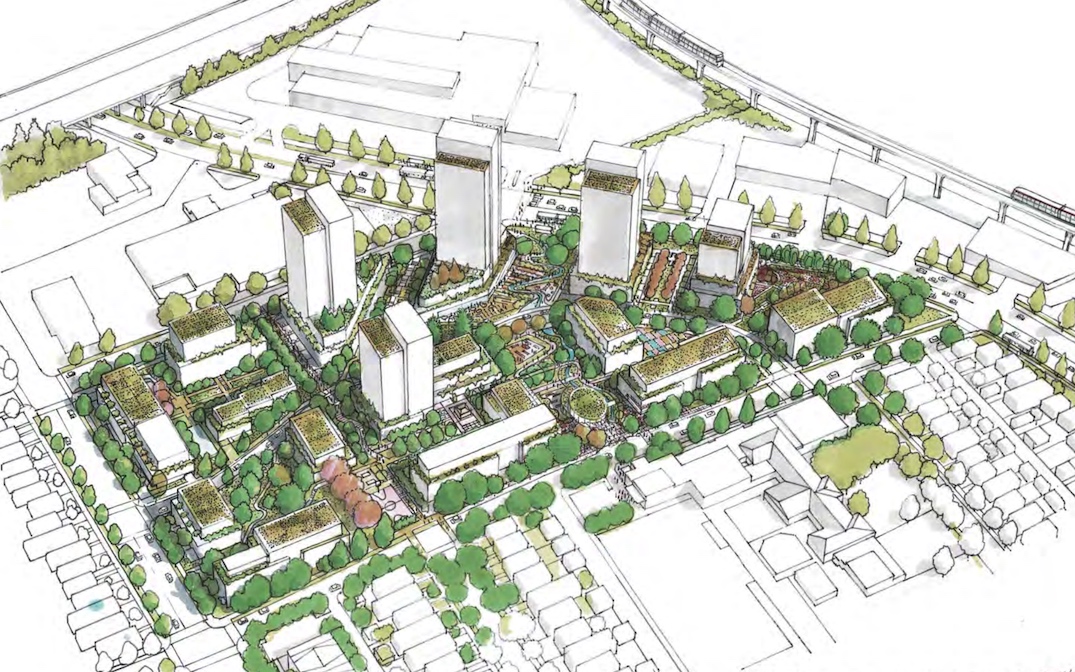 March 2022 concept for the Skeena Terrace redevelopment at 2298 Cassiar Street, Vancouver. (BC Housing)

As another factor, the 2025 completion and opening of the Millennium Line’s Broadway Extension to Arbutus Street will make both stations more regionally connected.

“The desire to preserve and intensify industrial and employment lands in the area immediately surrounding the stations will create more jobs close to transit, which has the potential to significantly increase ridership,” states the City staff report.

Preliminary planning to establish “early directions” in the area will be performed by City staff from now through the third quarter of 2022. The draft area plan is expected to be finished by Spring 2023, with City Council expected to review the final plan for approval in Summer 2023. Public consultation will be held for the various stages of the planning process.

In parallel to the planning process, a formal rezoning application for the BC Liquor site redevelopment will be submitted later in 2022.

The planning process for the area is in alignment with the city-wide Vancouver Plan, which will be finalized by City Council this summer. 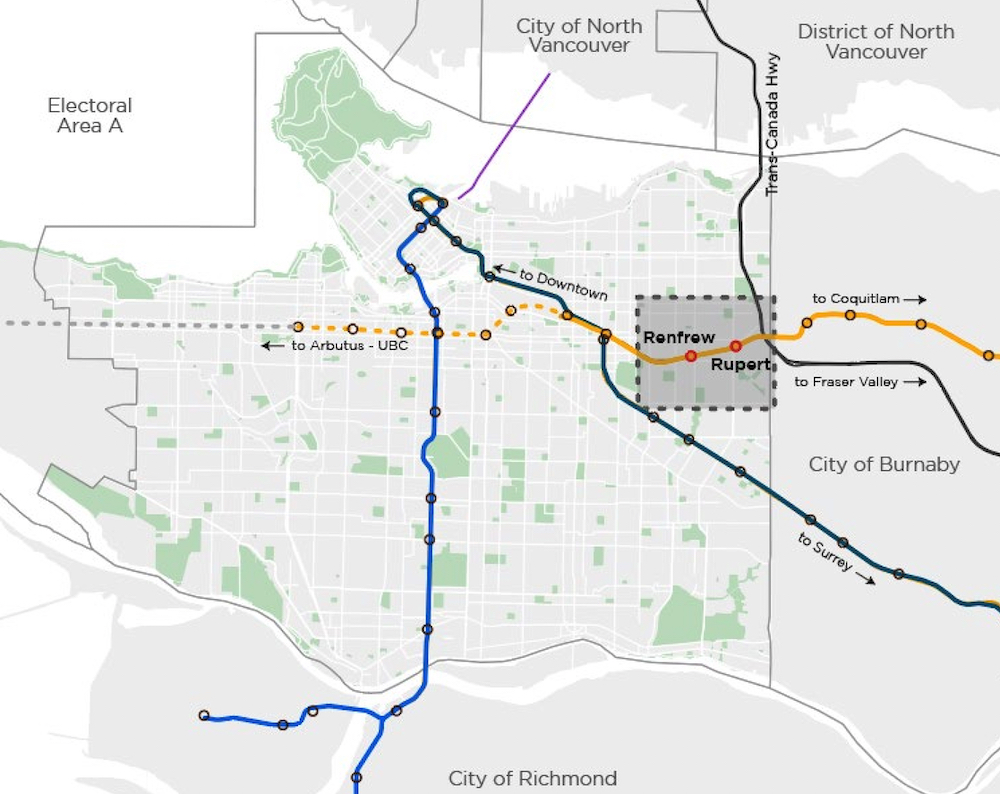