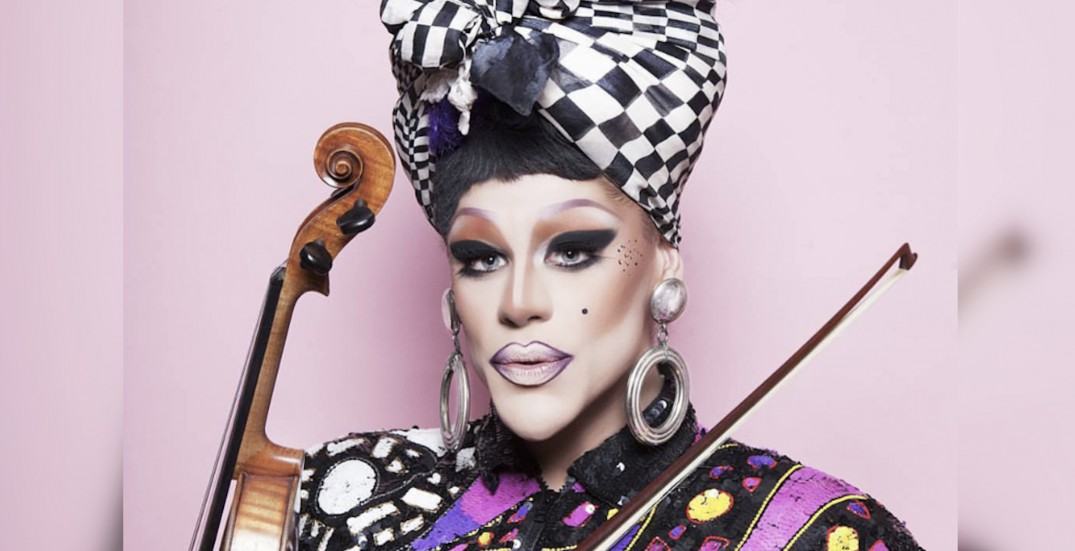 If you’re a fan of RuPaul’s Drag Race and amazing music, you’re going to want to mark this concert on your calendar.

Season 8 star and classically trained violinist, Thorgy Thor, will be performing with the Vancouver Symphony Orchestra (VSO) on June 25.

According to Thorgy Thor’s website, he spent his early years studying violin, viola, and cello and also earned a dual degree in Violin and Viola Performance.

Thorgy Thor’s summer performance in Vancouver coincides with the Queer Arts Festival and the 50th Anniversary of the Stonewall Riots.

Tickets sales to the general public start Saturday morning at 11 am, or use code YASQUEEN for presale access now.

Pssst…Thorgy & The Thorchestra goes on sale tomorrow at 11:00am! But swipe left to reveal a secret…RIGHT NOW!

Thorgy Thor at the Orpheum Theatre

Tickets: On sale at 11 am Saturday, March 30.  Use code YASQUEEN for pre-sale access now.