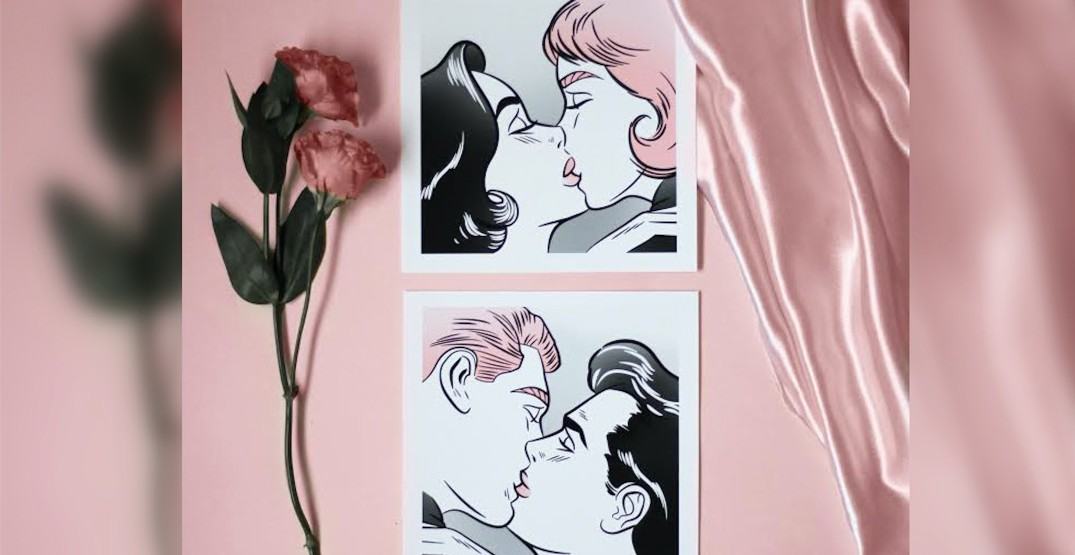 A Vancouver-based online art shop received a cold response from Facebook on Valentine’s Day, after posting an illustration of same-sex couple kissing.

“The point of our online shop is to promote Canadian artists and support their artwork,” Mueller told Daily Hive.

However, Mueller and Osborn were soon notified that the content was not approved by Facebook because the image was “overly sexual, implies nudity, shows excessive, amounts of skin or cleavage or focuses unnecessary on body parts.” 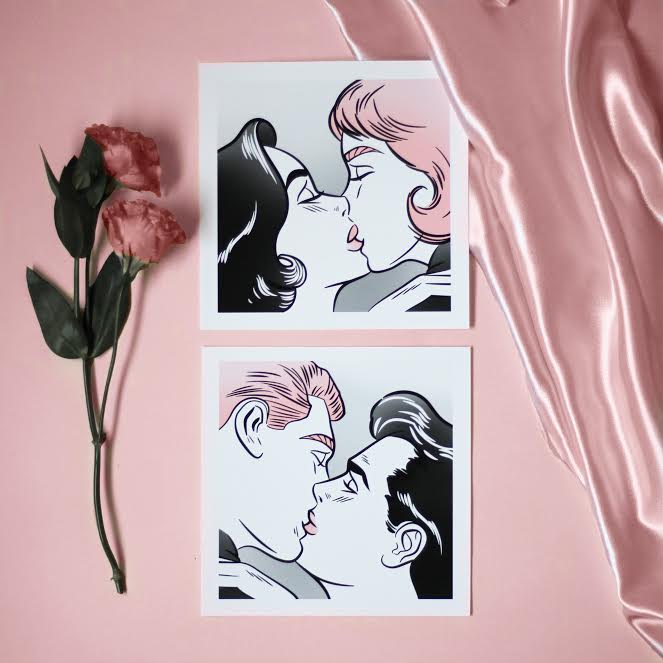 Mueller and Osborn were confused by Facebook’s message.

“We tried to find a content form to rebut [the decision] but there wasn’t really much we could do about it.”

All proceeds from the 40 limited edition prints are going to Vancouver -based charity Rainbow Refugee, to raise money for LGBT+  men and women being detained, tortured and killed in Chechnya.

“We aren’t taking any of the profits and neither is the artist,” said Mueller.

“We don’t have a lot of queer art on our website, so when we posted this, for some reason [Facebook] took it down.

“We looked into posts and determined that the content was mistakenly removed,” said a company spokesperson.

“We’re very sorry about this mistake. The photos were removed in error and restored as soon as we were able to investigate. Our team processes millions of reports each week, and sometimes we get things wrong.”

Osborn said that although he appreciates that Facebook fixed the problem, “it does not take away from the feeling of censorship of sexual orientation.”

“Flagging this art that featured two men seems to be a decision-based in homophobia. This in lies the issue and reason that we are selling these prints, to begin with. Acceptance of love should not be something we are still fighting for, but this Valentine’s Day we got a reminder that there are those who will still want to censor or shame love that does not fit into one box,” he said.

“Love is love, and we will continue to put out and share art as a way to send that message and create education and understanding that love is not something to fear.”

The prints are also available for purchase on Blank Space Studio’s website.