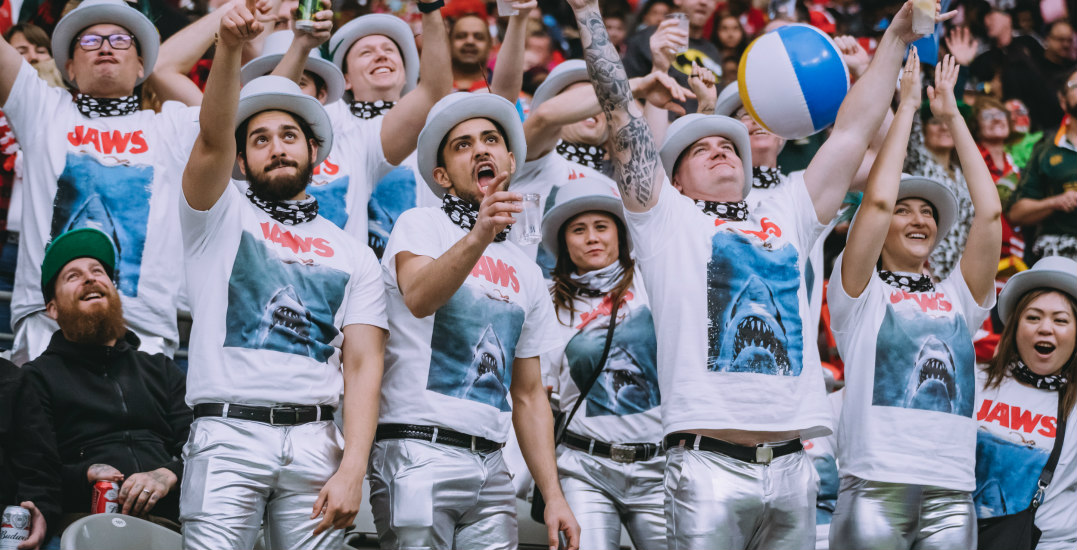 These are the types of beautiful moments that can happen when you go to Canada Sevens. Think of it like Halloween, but for groups and with a lot of beer. Oh, and there’s rugby, of course.

HSBC Canada Sevens is a seven-a-side rugby tournament that tours all over the world, where 16 international teams compete for gold — from the kickoff in Dubai in November, to the sixth round in Vancouver in March, to the final round in Paris in June.

Whether you’re part of a group who plans their outfit months in advance or are looking for some last-minute inspiration right before you hit the costume store, finding an outfit you agree on and that fits within everyone’s budget is the biggest mission of the day.

This is why we’ve made a list of the best Rugby Sevens group outfits — from budget, to bougie, to in-between! 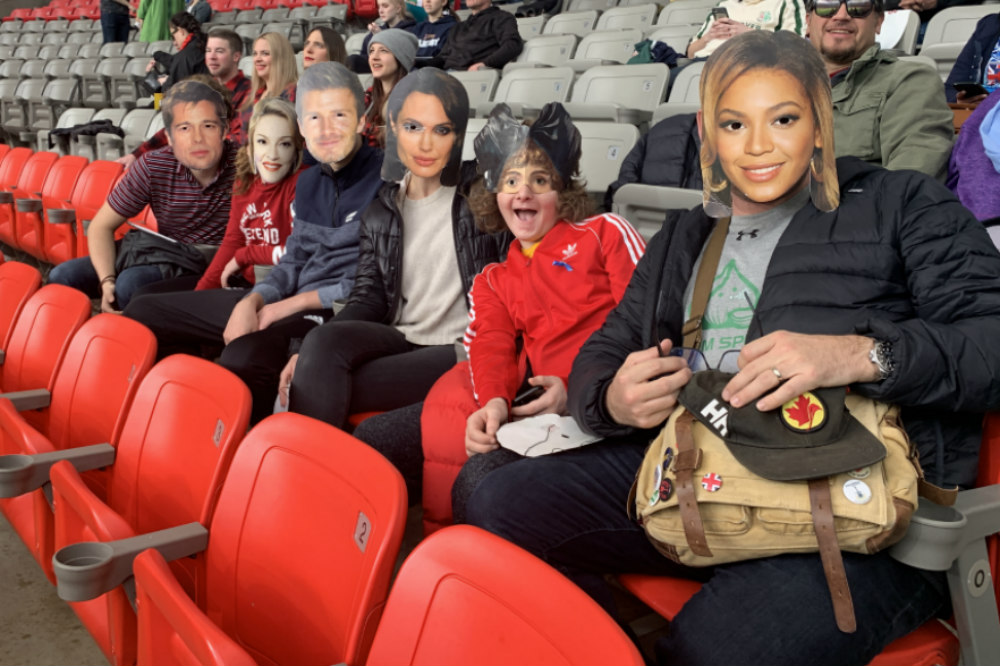 If you and your crew need to throw together something last minute, don’t want to spend a fortune, or have other priorities beyond spending hours organizing a next-level group outfit, a mask is a great option.

They’re super cheap and easy to make — and you can de-outfit so easily, people on the SkyTrain won’t even give you weird looks on your way to the tournament. All you need is a printer, scissors, some cardboard, and an elastic band!

If you’re on a budget, you could also channel your inner dad and get your group to go as dads on vacation. All you need to do is raid your dad’s closet — or hit the thrift store for its best dad duds. Get some Hawaiian shirts, bucket hats, and cargo shorts, and you’re on your way.

Getting a budget outfit is all about being as creative as possible with things you already have around the house or can get from the dollar store — like this super creative outfit from a bunch of friends dressed as beer pong! Have access to solo cups and ping pong balls? You’re all set.

If you’re willing to put in a bit more cash, here are some suggestions for the next level up in Rugby Sevens costumes.

Who said that paintings were only meant to be hung on the wall at home? By wearing your art instead, let’s just say your section of the bleachers will be very well-decorated. Cut a hole in some artwork you find at your local thrift store or buy some canvas and channel your inner Van Gogh.

If you’re feeling a little less creative and just want to head to the costume store, everyone knows the most hilarious costumes are ones of food. You’ll find most banana costumes for around $30 to $40. Your pics for the ‘gram will be worth it.

Speaking of food costumes, why not get the team on board with some epic hot dog costumes? Let’s be frank (get it?), this is a great costume.

If you and your Sevens crew are looking to really go all out, check out the below suggestions to take your costume game up a notch.

Rally the troops! If you’re looking for a quick, yet super-solid outfit, why not channel your inner Star Wars stormtrooper? Most outfits this nice will come in at about $70, but it’s worth it when you look this good.

This has to be the cutest outfit we’ve seen at the Sevens, and another super easy to organize one for the team. If you can get your hands on one of these costumes from the costume store, it’ll probably set you back around $50 to $70 each.

Who knew your local supermarket could look so good as an outfit? That’s some creative inspiration right here! This one might take a bit longer to assemble, but the payoff is worth it.

Can’t wait to rally the crew to channel your inner Beyonce, stormtrooper, or Picasso?

Tickets are available via HSBC Canada Sevens and cost $75 for a single-day ticket, or you can upgrade to a full weekend Tournament Pass for $119. Single-day tickets for the Saturday sold out quickly last year, so you’ll want to get yours while you still can!