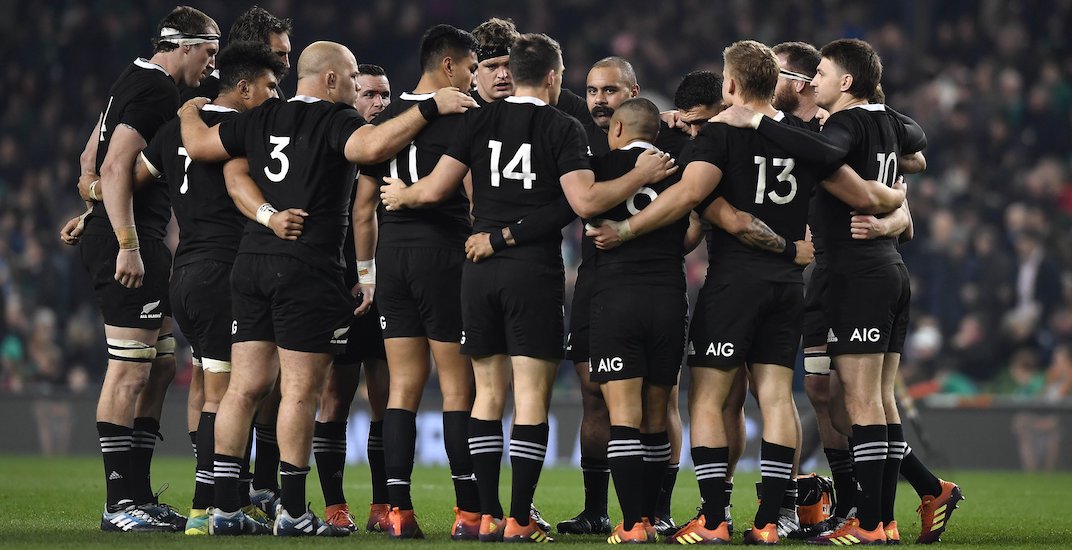 On the heels of another wildly successful Canada Sevens tournament in Vancouver, Rugby Canada made a big announcement concerning the traditional form of the sport.

Four countries — New Zealand, Fiji, USA, and Canada — will be sending teams to Vancouver this October for a pair of rugby union matches at BC Place.

New Zealand will be sending its newly formed All Blacks XV squad, their second-tier team still filled with incredible talent. The All Blacks XV will square off against the Flying Fijians on Saturday, October 31 at 7:30 pm, with Canada playing USA on October 30 at 7 pm.

Given the time of year, you can probably expect some costume-wearing fans to show up for this event — just like they do for Canada Sevens.

The Vancouver stop is the first leg of a three-city world tour by the All Blacks XV team.

“We’re thrilled to be a partner in bringing these matches to Canada,” said Rugby Canada CEO Allen Vansen. “We look forward to working with our event partners Sport Hosting Vancouver and Left Field Live on this event, as well as future opportunities to have Tier 1 rugby nations visit Vancouver.”

“Vancouver is a great city and BC Place an exciting venue, and I know the All Blacks XV will love playing here,” said All Blacks player Nathan Harris, who was in Vancouver for the Canada Sevens tournament. “This will be an awesome way for rugby fans to come out and celebrate Halloween.”

“We have a rich history of hosting international rugby here in Vancouver, most notably with the annual HSBC Canada Sevens,” said Michelle Collens of Sport Hosting Vancouver. “Through the work of our Sport Hosting Vancouver partnership, we are proud to be hosting the inaugural Halloween Rugby Weekend in 2020. We look forward to working with our partners to build a new tradition over Halloween.”

Tickets go on sale to the general public on Monday, March 16 at 10 am, though Canada Sevens subscription holders and Rugby Canada subscribers will be offered an exclusive ticket pre-sale window beginning Friday, March 13 at 10 am. You can register for the pre-sale through Rugby Canada’s website.