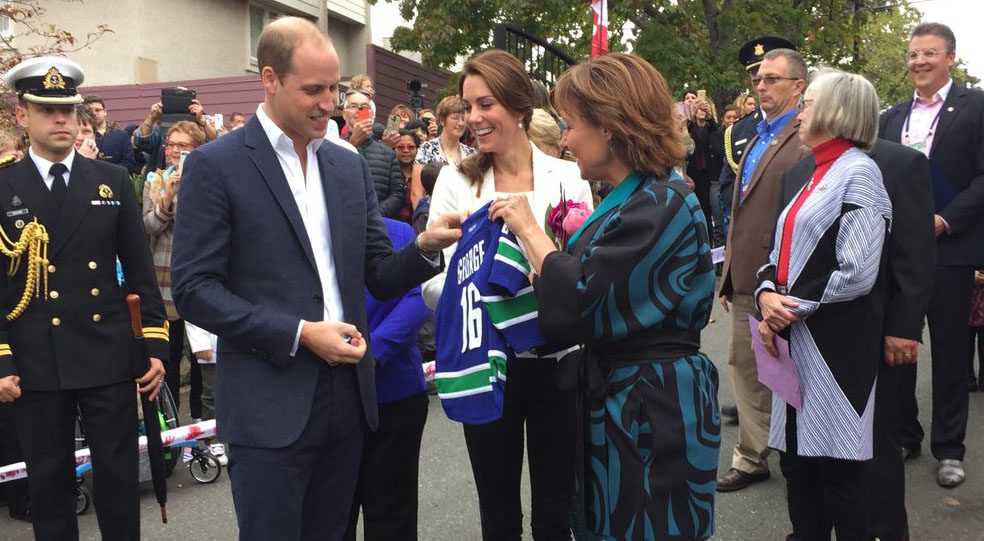 The Vancouver Canucks have some new fans – Prince George and Princess Charlotte.

Their parents Prince William and his wife, Kate, were gifted two tiny Canucks jerseys on the last day of their tour of BC and the Yukon on Saturday.

We added some new faces to the #Canucks family today and made sure Prince George and Princess Charlotte have a part of BC to take home! pic.twitter.com/NThnN5mdqB

The Duke and Duchess of Cambridge and their two children arrived in Victoria on September 24 for their first overseas tour as a family of four.

William and Kate were greeted by huge crowds when they visited Vancouver the following day to tour charities with Justin Trudeau and Sophie Grégoire Trudeau.

Meanwhile, the rest of their Canadian tour has taken them around BC, to the Great Bear Rainforest, Haida Gwaii, and Kelowna, and into the Yukon.

The couple returned to Victoria a couple of days ago, where Prince George and Princess Charlotte took centre stage, popping balloons at a kid’s play day.

William and Kate received the Canucks jerseys as they were visiting the Cridge Centre, which offers housing and respite care for children with disabilities in Victoria.

After making a few visits in Victoria on their last day, the family will then officially leave at 3:40 pm on Saturday at the Victoria Harbour seaplane terminal.