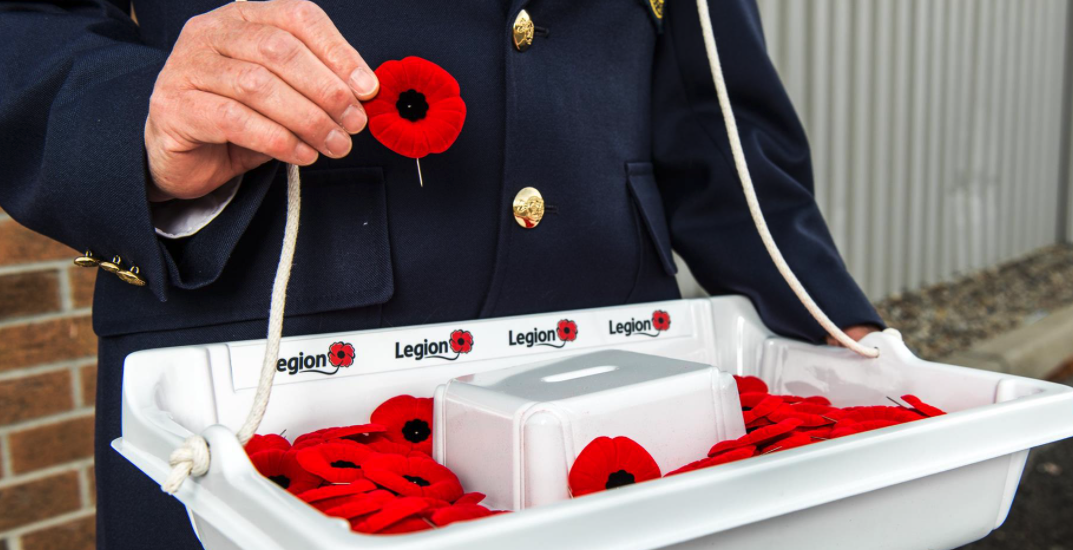 Remembrance Day will look different this year. Many businesses have either closed or decided against displaying poppy trays in their stores. While volunteers are still out to take donations for the poppies, the cadets have decided to withdraw from the event this year.

Royal Canadian Legion Communications Manage Nujma Bond told Daily Hive that “it’s too early to know how this year’s campaign will do” but that the organization is “so appreciative of donations that have already come in.”

In a typical year, Bond said, “close to $20 million” is donated to the campaign each year. Across the country, some regions and branches have set up additional donation methods such as e-transfer or text-to-donate. People can donate online and can do so in the name of an individual and send them an e-card.

Amongst the traditional poppy boxes found coast to coast, a total of 250 HSBC “Pay Tribute” donation boxes are distributed nationally across the HSBC Bank Canada branch networks and within select Royal Canadian Legion branches and other locations.