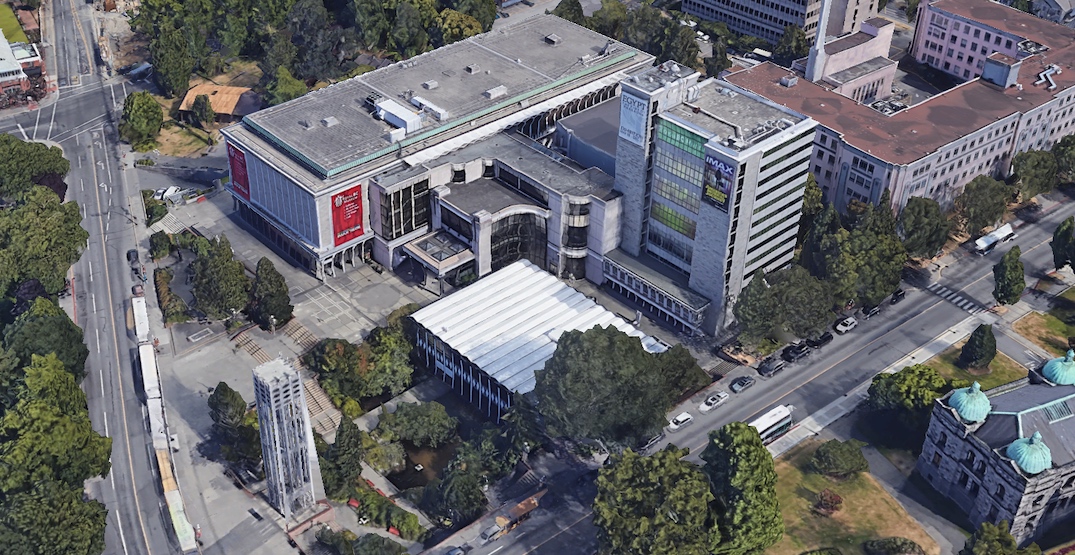 The Royal BC Museum’s (RBCM) proposed redevelopment could stretch from 2023 to 2029 with a capital cost between $500 million and $1 billion, according to a just-released BC government document.

Infrastructure BC’s BC Major Infrastructure Projects Brochure, published April 26, gives a sparse overview of the RBCM project. The brochure indicates that planning has not yet been approved. There are no dates for a request for quote (RFQ) or request for proposal (RFP) for contractors to design and build the project.

The proposed timeline and cost estimates contrast with earlier reports about the Victoria museum’s controversial redevelopment.

On November 3, 2021, RBCM announced it would close its popular third-floor core galleries – including Becoming BC, the Old Town, and the First Peoples Gallery – by January 2, 2022 under the auspices of decolonization and modernization. There was widespread pushback based on a lack of public consultation and the absence of a published plan, budget, and timeline for RBCM renovations. BC Tourism Minister Melanie Mark then suggested the changes were primarily based on seismic risks, asbestos removal, and the need for better accessibility.

The Victoria Times Colonist, Vancouver Sun, and other media outlets reported that the third floor could be closed for up to five years while the museum crafted new narratives intended to be inclusive, diverse, welcoming, and reflective of the lived experiences of marginalized British Columbians, per RBCM’s modernization FAQ. The proposed longer closures and high cost estimates suggest a larger-scale project than just a third-floor renovation.

The potential 2029 timeline and $1-billion price tag apply exclusively to the main museum in downtown Victoria. The BC Major Infrastructure Projects Brochure does not stipulate whether this would be a new build, renovation, or expansion.

In addition, the brochure indicates that RBCM’s new collections and research building in Colwood could cost between $150 million and $500 million and should be completed between 2022 and 2024.

The previous 2021/2022 provincial budget estimated the Colwood facility would carry a total cost of $177 million, with $15 million spent up to the end of 2020, and $162 million through its completion targeted for 2024. For the current fiscal year, the 2022/2023 provincial budget shows the Colwood facility is now projected for a 2025 completion, with an increased total cost reaching $224 million, including $19 million spent up to the end of 2021 and the remainder over the coming years. The budget documents do not show any specific funding for the main museum project in downtown Victoria through the current capital plan cycle through 2024/2025.

Through a freedom of information request, Daily Hive Urbanized obtained this Ministry of Tourism briefing point for Premier John Horgan, which includes some specifics about the start of the Colwood build: “The Collections and Research Building (CRB) has shortlisted three preferred proponents for the Request for Proposal (RFP) who will provide proposed designs in May 2022 for Evaluation Committee final selection in June 2022. Ground-breaking is expected in July 2022.”

Based on the cost estimates provided, the total museum renewal package — the new Colwood facility and the new replacement Victoria museum — could theoretically run as high as over $1 billion combined.

RBCM’s modernization FAQ promises public consultation about the renovated museum: “We are also in the planning stages of a formal province wide public outreach process which will begin in Spring 2022.” It is unclear what kind of input British Columbians would get to have prior to the redevelopment’s commencing in 2023.

RBCM, which hired new CEO Alicia Dubois in February, has been reluctant to disclose its plans. On January 10, 2022, Daily Hive Urbanized submitted the following freedom of information request to the provincial Crown corporation: “All documents (including emails, issues notes/briefing materials, meeting notes/minutes, and contracts) related to the redevelopment of the Royal BC Museum’s downtown site. Limit search to the RBCM board of directors and the following staff members: David Alexander, Wanda Boden, Dan Muzyka, and Erika Stenson. Date range for record search: February 9, 2021 to November 3, 2021.”

On February 23, 2022, Dion Dhillon, RBCM’s records and privacy manager, replied in an email: “We aim to provide a fulsome response by March 1, 2022 and will, of course, make every effort to respond sooner if possible.”

The museum has still not fulfilled the request.

Infrastructure BC describes itself as “a self-sustaining organization operating on a fee-for-service basis, governed by a Board of Directors, and reporting to the Minister of Finance as its sole shareholder.” Founded in 2002 and known as Partnerships BC until 2020, the provincial Crown corporation has led the planning and procurement for some 70 public infrastructure projects valued at $23 billion.