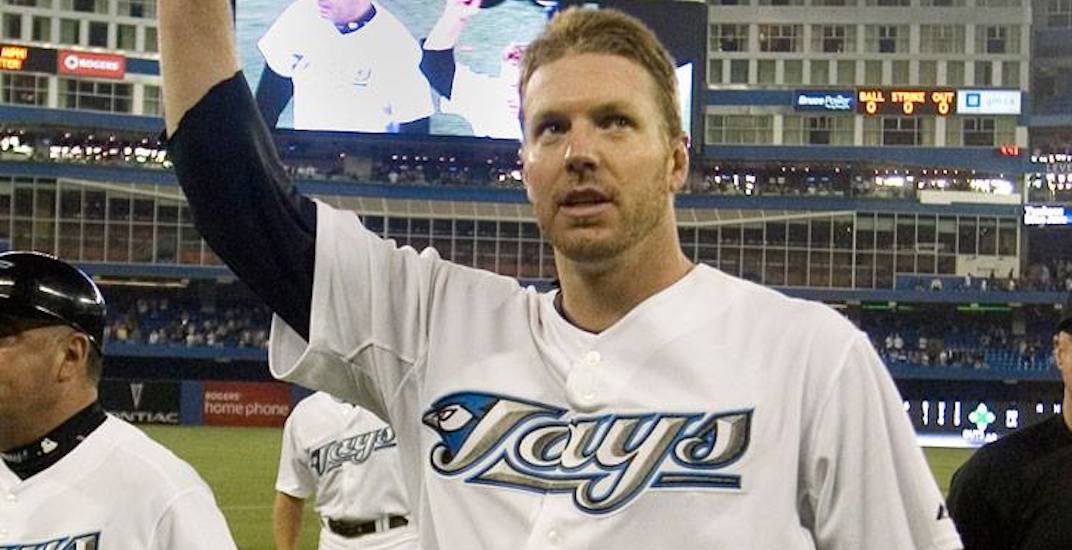 It took 13 years and 346 starts for Roy Halladay to pitch in the postseason for the first time in his career. In his very first taste of October baseball, he threw a no-hitter against the Cincinnati Reds in the 2010 National League Division Series.

Under the brightest lights – against the biggest competition – that’s when Halladay shined his brightest.

Unfortunately, Halladay never had a chance to reach the playoffs with the Toronto Blue Jays, but he pitched every game like it was Game 7 of the World Series. He raised his game to a whole new level when he faced the best teams in the American League.

That includes the New York Yankees, who were winners of five World Series in the span of 14 years from 1996 to 2009, missed the playoffs once during that 14-year stretch and averaged 97.5 wins during the regular season.

The Yankees were a living dynasty back then. Yet, that’s the same team Halladay continually carved up for a 10-year stretch. He pitched against the Bronx Bombers better than anybody in history.

If you can vividly recall one of Halladay’s start as a Blue Jay, chances are he was dominant and it’s even more likely he faced the Yankees that game. His career numbers against this division rival are staggering. In 36 career starts versus the Yankees, Halladay owns an 18-7 record, a 2.98 ERA and 190 strikeouts.

Roy Halladay’s rankings versus the Yankees:

Over his 16-year career, Halladay posted the equivalent of a Cy Young Award season versus one of the most dominant teams in baseball. Since 1969, his 2.98 ERA against the Yankees is the best of any starting pitcher who started against the Bronx Bombers in 30 or more starts. Narrow that qualifier down to 20 games and Halladay’s 2.98 ERA is tied for second all-time against the Yankees.

Expand that list to 140 starters who started against the Yankees in 15 or more games and Halladay is tied with Felix Hernandez for the eighth-best ERA since 1969 against New York.

One of Halladay’s former teammates, Jason Frasor, recalls Doc’s tenacity. Frasor said that Halladay didn’t shy away from competition and often asked to be thrown into the lion’s den.

“When he passed, I heard stories came out that he would go into the manager’s office and say, ‘Skip me in Baltimore. I want to pitch in Fenway Park. I want to pitch in Yankee Stadium. That’s incredible. Guys were dodging those games with a fake hamstring injury or something. He’s asking for them.”

Aside from his perfect game against the Miami Marlins in May of 2010 and his no-hitter versus the Cincinnatti Reds in October of 2010, the next best game Halladay ever pitched was arguably a one-hitter versus the Yankees on September 4th, 2009.

With the Blue Jays 18 games out of a playoff spot and the Yankees leading the division by a comfortable 7.5 games, this game had no bearing for the Jays. Yet, Halladay worked his magic like it was Game 7 of the World Series.

According to GameScore, this particular game against the Yankees tied for the third-best regular season start of his entire career. It was the fourth one-hitter of Halladay’s career and he did it against the second-best hitting team in MLB that year.

To truly appreciate how impressive Halladay’s numbers were against the Yankees, you have to look at the calibre of their team during that era. In the time that Doc was a big league pitcher, the Yankees won four World Series and made six trips to the Fall Classic.

It was nothing but tough outs from top to bottom in that Yankees lineup. Alex Rodriguez, Derek Jeter, Jason Giambi, and Jorge Posada. It wasn’t like Doc was facing the 2018 Baltimore Orioles. He found a fourth gear and kicked his game into overdrive when he saw pinstripes in the batter’s box.

Or how about this? According to Sportsnet Stats, Halladay is the only pitcher ever to defeat the Yankees five or more times in a season. Doc accomplished that feat in 2008, posting a 5-1 record in six starts against the Yankees with a 2.40 ERA and 31 strikeouts. It’s one of the single greatest seasons for an opposing pitcher against the Bronx Bombers.

Most might remember Doc for his perfect game or his no-hitter, but the man made a living consistently carving up one of the best lineups in baseball.