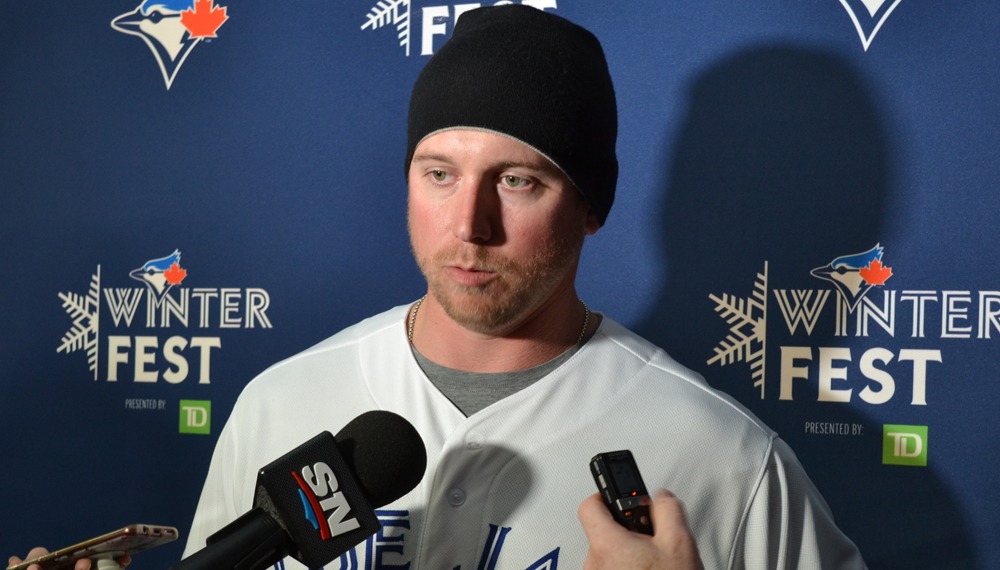 In just over two months, 76 days to be exact, the Toronto Blue Jays embark upon their 2019 season.

The air in Toronto will be different on Opening Day this year.

In seasons past, optimism was sky high among the Blue Jays fan base. This year, expectations have been tempered. Despite a 73-89 record and a fourth-place finish in the division last year, the players and coaches are optimistic that 2019 will be different.

Dozens of players, coaches and alumni were on hand for Blue Jays Winter Fest at the Rogers Centre this past weekend. Over 20,000 fans attended this festival to celebrate the “boys of summer.”

Many of the players and coaches met with reporters during Saturday’s media availability. Here are some of their best quotes from those conversations.

“For me, it’s weird being the old guy,” said Justin Smoak, all of 32 years old. He’s one of the few remaining players from those 2015 and 2016 storybook season Blue Jays teams. After the departures of Troy Tulowitzki and Russell Martin, Smoak is one of the elder statesmen on the team.

“I talked to all of them over the phone but now I get to see their faces. Plus, they’ve got their names on the back,” said Charlie Montoyo, the club’s new manager. He must’ve felt like a new teacher on the first day of school trying to learn names. Luckily, his pupils had their names stitched across their backs.

“The thing about him I love is that he loves the attention, he loves being Vladdy, but at the same time, there’s no sense of entitlement. There’s no selfishness from him,” said Bo Bichette about playing alongside the Blue Jays top prospect, Vladimir Guerrero Jr. Despite the world of hype, Bichette says Guerrero Jr. is very grounded and down to earth.

“He’s always known he has a lot of potential, so he’s good at managing it. He doesn’t pay attention to everything going on around him,” said Lourdes Gurriel Jr. about Vladdy. Gurriel said he looks forward to sharing a dugout with the 19-year-old phenom.

“It’s been really cold and I haven’t really left the hotel,” said Guerrero Jr., who like any sane person, didn’t brave the minus 23-degree temperature on Saturday. However, later that night, Vladdy braved the elements and posted this video to Instagram.

“We had an extra Labatt’s maybe the night before,” said former Blue Jays reliever Jason Frasor about how he prepared for a Halladay start. Doc often pitched the full nine innings, which meant the Blue Jays bullpen often got the night off. Frasor felt easy indulging a little more than usual the night prior to a Halladay game.

“I think he’s going to be an All-Star someday,” said Montoyo about Danny Jansen, whose path is wide open to becoming the Blue Jays everyday catcher in 2019. As a member of the Tampa Bay Rays coaching staff last year, Montoyo liked what he saw from afar in the rookie backstop. In 31 games down the stretch for the Blue Jays, Jansen posted a .247/.347/.432 slash line.

“It definitely hurts my batting average. If it hurts that, then defensively we should like it and embrace it. It makes the game tougher offensively, so why not?” said Randal Grichuk, about his distaste for teams employing the shift.

“I’ve been around here when we won, so that’s my expectation. I want to win. I don’t like to look at myself as the veteran here. I’m just another guy on the team like these guys who work hard,” said Aaron Sanchez about being viewed as a leader on this youth-driven Blue Jays team. At 26 years old and with a roster brimming with young pitchers, Sanchez is one of the most established arms on the roster.