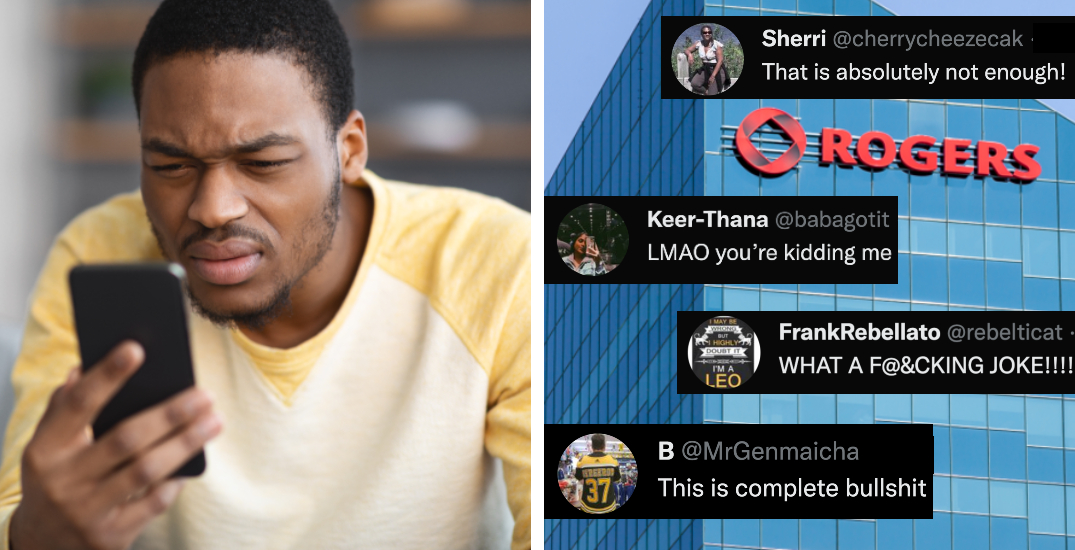 After Rogers’ prolonged internet and wireless service outage, subscribers are discussing how much they could get in credit from the communications company, and it could likely be a tiny amount.

On Saturday, Rogers President and CEO Tony Staffieri said the company will “proactively apply a credit to all customers impacted by the outage,” which spanned over two days, starting at around 5 am ET on Friday.

Customers woke up to find themselves completely offline and unable to start their work day. Many flocked to their nearest Starbucks and scrambled to find reliable internet. The outage brought business to a standstill.

“We will make this right,” Staffieri told subscribers in a reassuring letter.

People began calculating how much this outage credit could be. Of course, the amount might vary given the package you’re signed up for, but it could be an average of less than $4 per subscriber.

“Rogers ARPU (Average Revenue Per Unit) is $57.24, which means that the average Rogers Customer will receive an account credit of $3.80,” tweeted human rights activist Rob Gill. “RETWEET IF THIS IS NOT ENOUGH!”

BREAKING: @Rogers has released a statement saying that accounts will be credited for two days of service.

Rogers ARPU (Average Revenue Per Unit) is $57.24, which means that the average Rogers Customer will receive an account credit of $3.80

RETWEET IF THIS IS NOT ENOUGH! pic.twitter.com/ZrlnVx58LP

You could figure out the amount you might receive by calculating how much you pay per day according to your bill. Multiply that by the number of days you were affected by the outage.

“This is not enough! I lost business over this!” said a Newfoundland resident — one of the thousands airing their frustration with the internet service provider.

Another Canadian, a Fido subscriber who drives an Uber, said he lost around $200 on Friday.

This is ridiculous, as an Uber driver I lost about $200 last Friday not being able to work due to Fido’s service suspension.

One Torontonian complained about Rogers’ per-day late payment chargers being higher than the $3.80 amount, which is just about enough to buy a small latte at a coffee shop in the city.

For context, they charge you $5/day if you forget to pay on time. Which of course they pre-charge you in advance. https://t.co/IcbipgCnWM

Gill suggests personally escalating the matter if you want to be compensated further.

If you chat them and ask “What will Rogers do to keep me a customer” you’ll get offered $50. If the first agent doesn’t, ask to speak to a manager.

Aside from affecting Rogers subscribers, the outage also impacted Interac, debit card, and credit card users. It caused flight delays and problems with ticket bookings nationwide. But the most detrimental part of the situation may have been the fact that people could not dial 911 for emergencies.

These things have left Canadians wondering what Rogers will do for those outside of their customer base.

BREAKING July 10: So after paying sky high prices @Rogers is going to credit us a few dollars. How does that sit with those who needed 911 and couldn’t dial out?