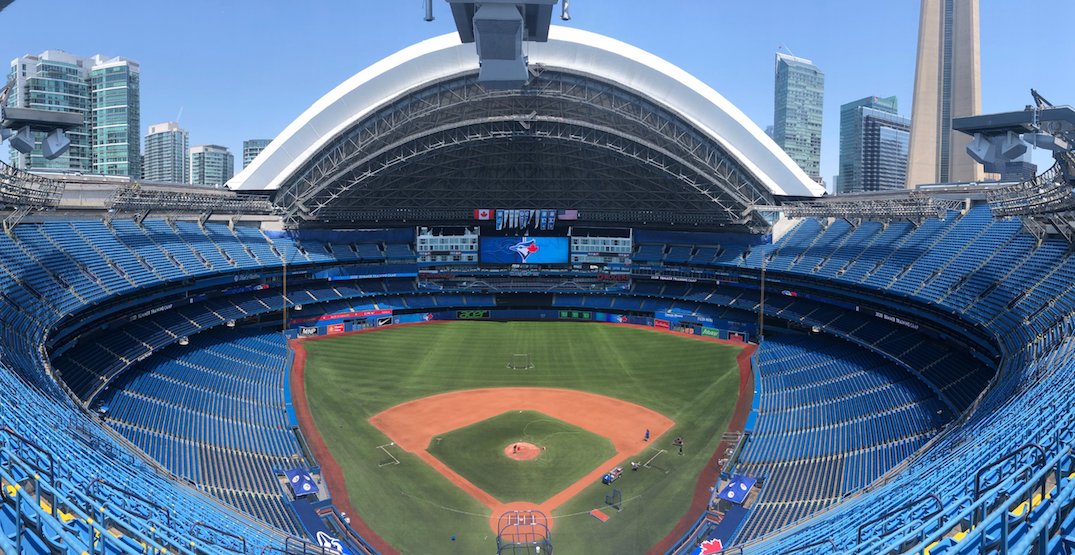 The Rogers Centre could be demolished to make way for a new stadium, according to a report from The Global and Mail.

In the Globe’s article, citing sources, said that the owner of the Toronto Blue Jays wants to demolish the Rogers Centre to create a new stadium in line with downtown Toronto development.

Rogers Communications Inc. and the real estate arm of Brookfield Asset Management Inc. are working with all three levels of government on a plan that would cut the centre in half.

According to the Globe, the new stadium would have the baseball field on the southern end of the current facility and adjacent parking lots. But the northern portion would be turned into residential towers, office buildings, stores and public space.

However, if these plans fall through, Rogers is also considering building a new stadium on a lakefront.

The Globe also noted that the multibillion-dollar renovation would be privately funded by Brookfield and Rogers but needs various government approvals as the federal government owns the land.

“Prior to the pandemic, we were exploring options for the stadium but through this year our primary focus has been keeping our customers connected and keeping our employees safe, so there is no update on the Rogers Centre to share at this time,” Andrew Garas, Director of Media Relations at Rogers Communication told Daily Hive in a statement on Friday.

The centre has been home to the Toronto Blue Jays since June 1989. The stadium is best known for the innovative retractable roof.

The SkyDome was renamed Rogers Centre in 2005.